Imagine waking up to go to your job as MTA chairman for Los Angeles Public Transit and ending the work day shin-deep in molten lava. In the 1997 natural disaster movie, Volcano, one stubborn man learns a scorching lesson in how bad decisions can come back to burn you. He dies a hero, but he mostly dies horrendously and his death could have been prevented had he just listened. 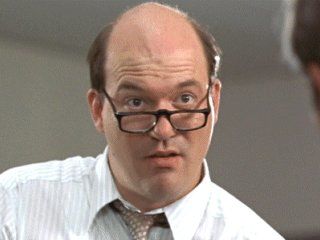 There is a volcano in Los Angeles. Things get hot fast. Stan Olber, an MTA chairman, opposes the suggestion of shutting down some of the subway lines in true disaster movie fashion, putting the lives of metro workers and passengers at risk. He pays dearly for his ignorance. Later in the movie, Stan has to save an unconscious subway conductor. With the guy on his back, Stan’s Nikes start popping like bacon grease from the heat of the lava directly under the train. He shows a tremendous amount of strength and determination to make it to the end of the obstacle course from actual hell. His efforts are rewarded with a big pool of lava right at his exit point.

Stan musters up Herculean like strength to throw the unconscious man past the lava while he lands right in it like piping hot jello. As Stan melts away into nothing, you have to wonder if he regrets letting his stubbornness make him the hottest MTA chairman ever.

It's a fan thing
Join SYFY Insider to get access to exclusive videos and interviews, breaking news, sweepstakes, and more!
Sign Up for Free
All Posts About
Fangrrls
Movies
Chosen One of The Day
Volcano
Related Stories