Not those Russian bots. We don't think at least.

Virus might be a forgotten movie from 1999, which is a shame because it’s a horror movie starring Jamie Lee Curtis and A Baldwin Brother. Alien malware infiltrates a Russian research vessel and takes control of it, attacking the crew. The results are robotic creations that only a mother could love. Heed my words: there are no double-cheeked-on-a-Tuesday Terminators running around causing havoc in this movie with glistening buns. 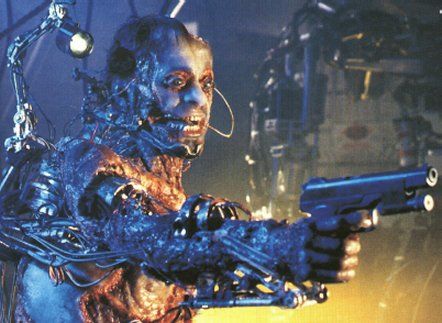 We can't confirm that these Russian bots are the same ones online trying to disguise themselves as Black people or accounts selling bundles of hair on Instagram, but their efforts to humanize themselves are about as effective. Maybe the redacted parts of the Mueller report included this same alien computer virus actually being responsible for the presidential election results.

Jamie Lee Curtis and crew are constantly attacked by monstrosities made up of metal, wires, computer parts, and human body parts. Each creation gets worse than the next. At one point the alien malware makes something that looks like it was put into the microwave with some turkey bacon and metal for about 60 seconds before it exploded and then sat out in the sun in a container full of medical waste. 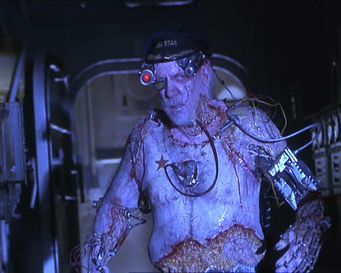 It's a fan thing
Join SYFY Insider to get access to exclusive videos and interviews, breaking news, sweepstakes, and more!
Sign Up for Free
All Posts About
Fangrrls
Movies
Chosen One of The Day
virus
Related Stories

Symbiotic mites changed their genes to live in your face

Ancient hominins are a million years older than we thought