The reviews for Robert Rodriquez and James Cameron’s cinematic lovechild Alita: Battle Angel are coming in and they are decidedly…mixed. Although some appreciated the sci-fi film based on the 1990s manga series’ fast-paced action set pieces and visual effects, others found it derivative and empty.

In fact, many critics agree the film looks great, but is far from original. Where many disagree is whether that’s a good or bad thing.

Brian Truitt’s 2.5-star review of the film for USA Today stands out as exemplary of the current critical consensus. Although Truitt notes that Alita provides “a visually stunning computer-generated heroine, impressive futuristic world-building, and some seriously neat action scenes,” the film “is almost completely undone by its flawed script.”

In terms of the positive notices, Pete Hammond reports in his review for Deadline that Alita is an “entertaining ride” that’s both “loaded with well-conceived action set pieces” and packed “with emotion.” 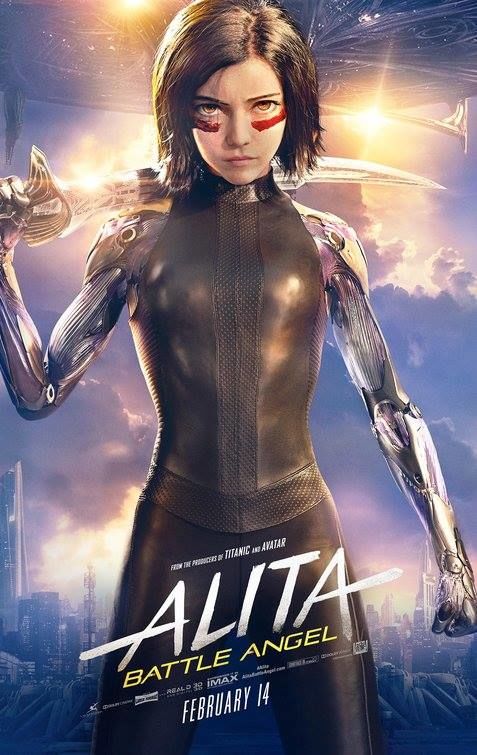 Michael Nordine wrote in his B+ review for IndieWire that the sci-fi epic is Rodriquez’s “best film since he brought Frank Miller’s graphic novel [Sin City] to the screen,” that “lives up to its potential while leaving you wanting more.”

Kenneth Turan from the Los Angeles Times admits that yes, Alita “inevitably goes where other big-budget tales of science-fiction adventure and derring-do have gone before. But it does so with enough energy, verve and belief in itself — not to mention generous dollops of sentiment and technical innovation — that we’re happy to retrace familiar steps.”

But not everyone was moved.

Over at Entertainment Weekly, Darren Franich said in his C-rated review of the film: “Calling this movie junk does a disservice to the authenticity of trash,” adding: “This manga adaptation is a tired science-fiction odyssey, with bland digital effects piled onto a sappy non-story that feels like a two-hour elevator pitch for a 70-film franchise.”

Variety’s Guy Lodge was also rather underwhelmed. “[T]his manga-based cyberpunk origin story is a pretty zappy effects showcase, weighed down by a protracted, soul-challenged Frankenstory that short-circuits every time it gets moving,” he wrote in his review for Alita.

And then, there were those that straight-up thought the movie sucked.

Manohla Dargis from the New York Times called Alita “A pileup of clichés in service to technological whiz-bangery … one more story of the not quite human brought to life with hubris and bleeding-edge science.”

Johnny Oleksinski was much more concise in his one-star review in the New York Post: "Alita is just pretty. And pretty horrible.” Ouch.

Alita: Battle Angel is open now. And for those of you who go, regardless of what the naysayers think, give us your review in the comments below.

Why Alita: Battle Angel was set in Latin America and used so many 3D printers