It's definitely chilly outside, and if you're avoiding venturing outdoors for temperature-related reasons or just want an excuse to curl up with something steamy, we've got the latest batch of our FANGRRLS Romance recommendations, where your resident romance fanatics on Team FANGRRLS (that's us) list some of the books we're looking forward to this month, as well as the slightly older, occasionally non-genre titles that we're finally reading.

We've got eight sci-fi and fantasy romance recs on our radar that are being released throughout the month of December, plus our own evergreen recommendations, but this is certainly not an exhaustive list by any means. Let us know what you're planning on reading in the comments below.

Oh, and if you're new to our recs, we're always on the lookout for authors with SFF romance titles to spotlight, so if you're a writer with a book coming out, let us know! You can also chat us up anytime on Twitter, either individually or via SYFY FANGRRLS using the hashtag #FangrrlsRomance. (And don't forget to check out last month's releases in case you're looking to add some slightly older titles to your growing TBR list!)

For as long as there have been vampires, they have always been made, not born — that is, until Elise Sullivan came along. The only vampire child known to exist, she grew up with the weight of that role on her shoulders, but then trouble came to her Chicago hometown and she realized it was time to head back to her roots. Months after a series of deadly attacks (which she faced alongside shifter Connor Keene), Elise is finally coming to terms with accepting her true self. She's surprised when Connor extends an invitation to accompany him to a Pack initiation in the Minnesota woods and by the warm greeting she receives from Connor's family, but the peace they settle into is soon broken when a mangled body gets dropped right at their front door. Now, the Pack and its tenuous alliance with vampires might be at risk. 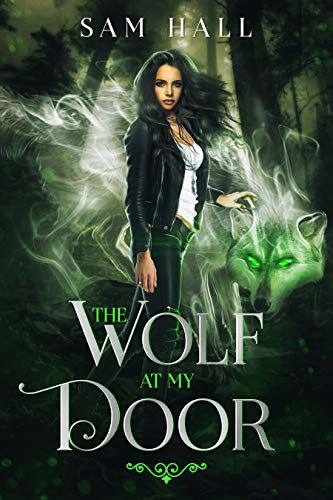 All Jules wants is a job, and with opportunities drying up left and right after a recent drought, she's starting to get desperate; of course, that's the moment when she finds an ad for a remote place called Sanctuary. Not only is this location off the beaten path, but it also seems to play host to a wide pool of ridiculously attractive men. It might appear practically perfect on the surface, but there are greater mysteries that lay at the heart of Sanctuary, and Jules is going to have to uncover answers for the questions she has — and even some of the ones she's never thought of asking. 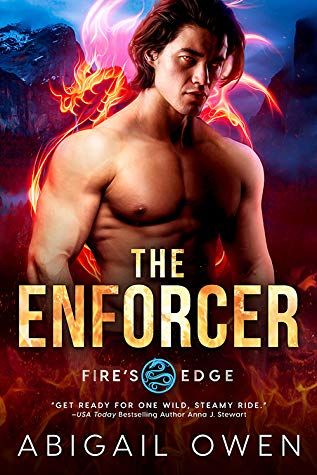 Aging and death are a natural process for everyone, even dragon shifter Drake Chandali. Admittedly, if he'd been able to find himself a mate, he might have been able to reverse its effects on himself — but in order to protect the rest of his enforcers, he leaves, only to run right into the woman he'd believed was only human when he saved her from a fire months prior. The thing is, she's not human at all; she might actually be the mate he's been searching for, if it's not too late to convince her and save himself from rotting away in the process. 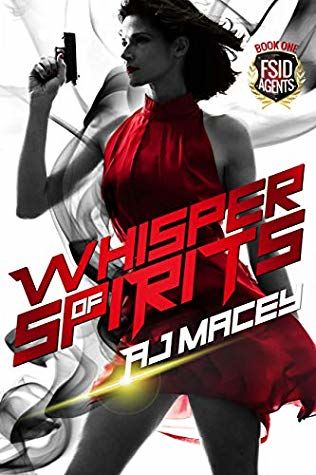 Olympia Police Department's favorite consulting psychometric medium Casper Colt sees dead people. It's true. But while she's reliving death memories and trying to avoid the advances of a co-worker who just can't seem to take the hint, she doesn't know she's about to have not just one but four sexy agents from the Federal Supernatural Investigation Division rolling up to assist on a murder case. Can she afford to get up close and personal with them while keeping her secrets closer? 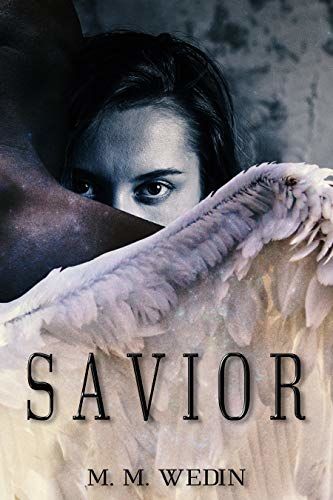 Evie's still reeling from the death of her best friend when she decides to move to their old cabin somewhere in the deep woods. The plan is to rest and recuperate somewhere in private, but instead, she bumps into a man who claims to literally be her guardian angel. Leo's woken up on Earth in a human body, no less, and he doesn't know why, but he knows he has to protect Evie, no matter what the cost. 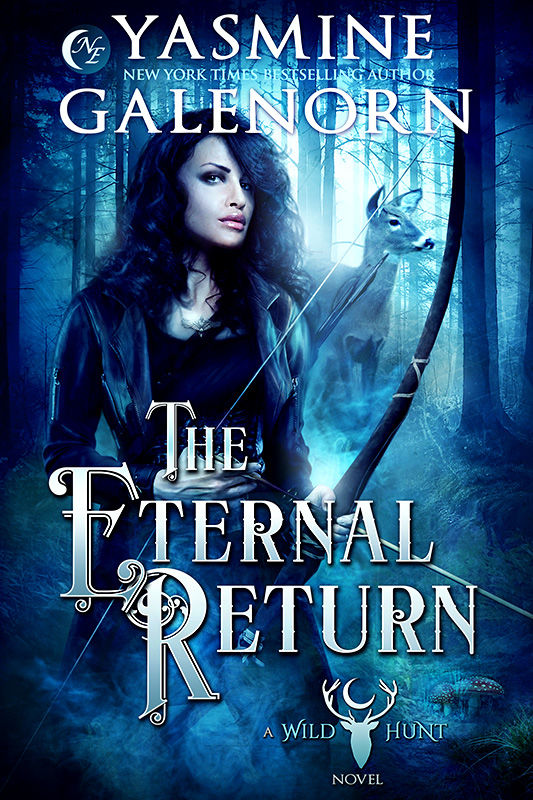 In Galenorn's tenth(!) installment of her Wild Hunt series, the battle might be over — but that doesn't necessarily spell the end of the war. The Tuathan Brotherhood has been taken care of, but Ember and the Wild Hunt are already preparing for the coming darkness that threatens everything in their lives. Before that happens, they need to face Lazarus, the ancient liche who's stolen Talia's powers. Over the years, he's grown more powerful by leeching the abilities from students at Winter Hall Magical Academy, and the stronger he gets, the more difficult he's going to be to defeat — but he can't be allowed to roam free anymore.

It's only been a matter of days since Rowan Summerwaite and her friends eliminated the terrible threat posed to vampires and magic users alike, but the hunt continues in Dane's sixth installment of her Goddess with a Blade series. This time, though, Rowan's not going to be able to face her latest enemy alone; she'll need the help of her friends and her husband, the ancient vampire Clive. Oh, and she's also got a new dog now... or is it a familiar? Either way, it's named Star and it's here to protect her, too.

Immortal Viking healer Irja Vainio hasn't used her true power for centuries; the last time she did, someone close to her died. Instead, she employs science and medicine to keep her tribe safe — but her abilities aren't the only thing she's suppressing. Scott Brisbane might be human, but he's a staunch Viking ally who just so happens to reciprocate Irja's feelings... to the degree that he wants to claim her for his own. When other Viking warriors mysteriously start falling ill, Irja's healing without magic isn't enough to cure them — but then the trickster god Loki makes her an offer of aid. Will she accept, even if it comes at a steep price, and will she be able to let Scott help her? 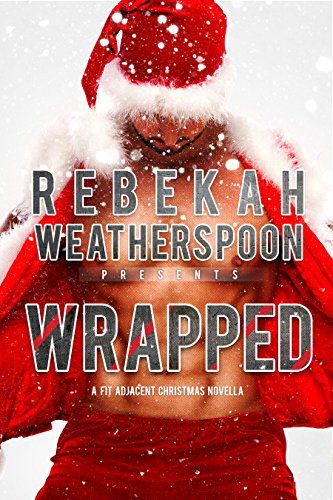 Happy holidays! 'Tis the season and all that jazz, so of course we heartily encourage you to curl up with a big pile of festive romances. We wouldn’t be doing our job if we didn’t! Rebekah Weatherspoon's Fit trilogy is short, smart, and sexy, and the Christmas novella Wrapped features a plus-size pastry chef heroine, a hunky tech guy hero, and a lot of loving. Talia Hibbert loves an inked up hero, so Merry Inkmas is right up my Christmas bag with a bad boy tattoo artist, a socially awkward geeky heroine, and some plumbing. Get it? You can't beat a classic sexy set-up like that. An Alaskan Christmas by Jennifer Snow came highly recommended by a friend, and so I recommend it to you if you love a scenic setting, a search-and-rescue worker hero, and former childhood friends all grown up and realizing what they were missing!

I'm not gonna lie; I wasn't always about winter or holiday-themed romances. It seemed like they were just popping up into existence a little too early for me! That's not to say that I've held on to my slightly Grinchian tendencies, and I've developed more of an appreciation for the books that DO celebrate a certain time of year. Nicola Davidson's novella Mistletoe Mistress is packed to the brim with tropes I love, including a pretend marriage, a snowstorm, and the time-honored classic, "oh no, there's only one bed." But I also love a good Beauty and the Beast reinterpretation, and Amalie Howard's The Beast of Beswick seems posed to scratch that very specific reading itch. Additionally, I'm diving into Kate Clayborn's Love Lettering, a warm and clever romance about a hand-letterer who manages to sneak a secret message into a wedding program about the couple's doomed future — and the man who tracks her down after realizing he needs to know the woman who figured out his marriage wouldn't last.