The end of the year is upon us, which is difficult to believe because time apparently means nothing anymore, and with it comes the last book releases of 2019! As many best-of lists are already out, it can be easy to overlook these seeming stragglers (especially because publishing slows down so much at the end of the year). But on this list are multiple books that I think people would be remiss if they hadn't considered for their lists.

From space operas to tales of bioengineering and science gone wrong, this list has a few fascinating books that you definitely should pick up for yourself or a gift this holiday season.

Jeff VanderMeer wrote The Southern Reach Trilogy (the movie Annihilation is based on the first book in the series), which is so weird and fantastic, so you can bet I immediately took note of this new book. This time, VanderMeer is writing a novel set in the post-apocalyptic universe he created for Borne, and it follows three characters in their battle against a company that has changed the Earth through bioengineering.

Walk the Wild With Me - Rachel Atwood (December 3)

Nicholas Withybeck is an orphan who is supposed to become a priest — after all, he was raised by monks. But he's always thought there was something more to his destiny, and he finds out what it is in the most spectacular way. Billed as a twist on the Robin Hood legend with a faery twist! I can't wait to dive deep into this novel for its seemingly spectacular world-building and thoughtful characters. 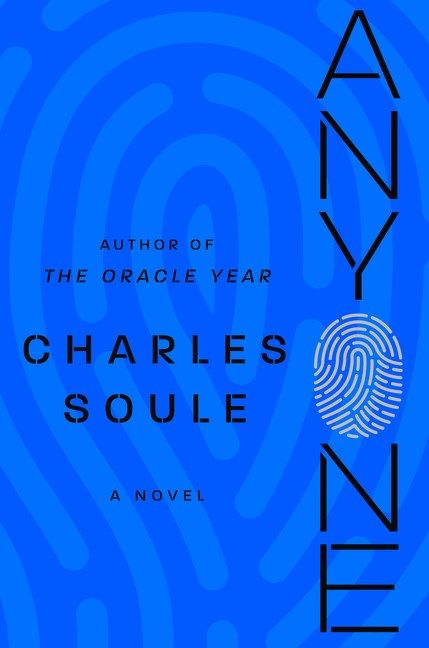 Charles Soule is best known for his comics — his 12-issue run on She-Hulk with Javier Pulido is legendary, and he'll be writing the relaunched main line Star Wars comic next year. But Soule also writes prose novels, and his latest is about a scientist who, while searching for a cure for Alzheimer's, finds a way to transfer consciousness between bodies. But two decades after its creation, the creator is dedicated to fighting her own tech because of the havoc it's wreaked on the world.

If you want to sink your teeth into a massive space opera this holiday season, then take a look at Elizabeth Bear's Ancestral Night. This came out earlier in hardcover, and it's out this month in paperback. The story follows two salvagers who find something shocking during the course of their work that could devastate the fragile peace humans have wrought. I really enjoy sinking my teeth into meaty books when it's cold out, and this seems like the perfect one.

If you missed Amy Foster's Rift Uprising Trilogy in hardcover, you're in luck! The final book is now in paperback, which means you can devour this entire trilogy during the holiday season. This series (which begins with the book Rift Uprising) features Ryn, a genetically enhanced supersoldier who has dedicated her life to protecting her Earth from the alternate ones out there. But when a young man walks through the portal, she begins to question everything she thought she knew.

It's a fan thing
Join SYFY Insider to get access to exclusive videos and interviews, breaking news, sweepstakes, and more!
Sign Up for Free
All Posts About
Fangrrls
Fangrrls book club
Get Rec'd
lists
You May Also Like
Recommended by Zergnet
Latest on SYFY WIRE