Five ways Sue Storm could be introduced into the MCU

The core four members of the Fantastic Four are a package deal. It's challenging to think of one of them without the other. However, we're going to do just that.

Each member is unique in their own right, especially Sue Storm. She's a character that has been around for almost 60 years, making her first leap onto the silver screen by way of Jessica Alba in the 2005 live-action Fantastic Four. This year marks the 15th anniversary of that early-aughts attempt at the iconic foursome. While it’s not a movie that's high on many comic book movie lists, Jessica's Sue does a reasonably strong job encapsulating a character with such a long history on the page, especially if you just ignore the dye job.

Sue can be as hot-headed as her brother, if not more. She is always looking for smoke and absolutely deserves better than what Mr. Stretch can offer. The MCU provides a chance to introduce her in ways that highlight this amazing individual separate from her teammates in Fantastic Four.

Sue “I want the smoke” Storm stays ready for a fight, and she would be an excellent MMA fighter. The fighting spirit has been with her since day one. It’s truly a wonder she’s stayed married to Reed Richards and never ended up on a Marvel episode of Snapped. Sue has never backed down from giving her husband a piece of her mind and then some, even leaving him at one point because he was questioning her parenting efforts.

The moment Crystal of the Inhumans joined the Fantastic Four, Sue was looking for a chance to throw invisible hands with the princess of the elements. She finally got her chance in Fantastic Four #332, using the on and again situationship between Crystal and her brother as her reason to throw Crystal through the window. Sue Storm entering the MCU as a trained underground MMA fighter wouldn’t be a reach at all. Sue and Johnny were orphaned when their father failed to save their mother after a fatal car accident and ultimately ended up in jail after accidentally killing a loan shark, forcing Sue to assume caretaker responsibilities for her younger brother Johnny.

If her introduction into the MCU was as an underground MMA fighter who entered the ring as a way to take care of herself and brother there would be an opportunity to explore Sue’s character with more depth outside of being a central character in the Fantastic Four.

There was some stretching that took place before this suggestion, but it would just be fun to introduce Sue as Storm's college roommate. It's a great value deal because it introduces powerful women into the MCU and builds a friendship that has always existed in the comics. Sue is that friend that loves to give flowers to her BFFs while they can still smell them.

In Doomwar, Sue was deep in her cheerleader bag when she basically told her husband, "I'm going to watch Storm put on a clinic." This introduction would be deep understanding of how dope her friend is and an entertaining peek into how this friendship formed. Sue's also never hesitated to protect her friend, stepping in front of Storm, who would have been blindsided by an attack made by Reed Richards' lab-made Thor in the Civil War event series. In addition to their mutual respect, they both share the terrible luck of loving insufferable men who quite frankly don't deserve them. This is a First Wives Club of Marvel situation just waiting to blossom. 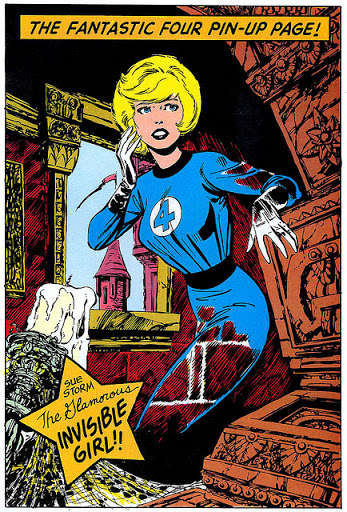 Part of Sue's origin story involves her going to California to attend college and also pursue an acting career. She meets her future headache, Reed Richards, there and eventually convinces Reed to allow her and her brother on the unscheduled test flight after the government removed funding from his research.

What if Sue still goes to college, doesn't give Reed the time of day, and instead pursues a Ph.D. in archeology? She's introduced into the MCU as this well known traveling archeologist who stumbles upon Atlantis after encountering the one and only winged ankle prince, Namor. Not only does this introduction bring in two iconic Marvel characters, but we now have a solid foundation for drama once Reed Richards reenters the picture. Drama potential aside, Dr. Susan Storm has a great ring to it.

Going back to Sue’s origin, it was always kind of a wild idea that this woman and her 16-year-old brother with absolutely no kind of aerospace training could just go on a test flight into space. Sue managed to persuade Reed to allow them to go with him and Ben Grimm, but what if the persuading was reversed?

Reed and Ben seek out Sue, who would be a decorated pilot in this MCU introduction. She has the tenacity and drive to excel in whatever she does. Plus, Sue already pilots the hell out of those splitting Fantasticars. This introduction also leaves a chance to merge with Sue as Storm’s college roommate. Honestly, that’s a double win for all of us. 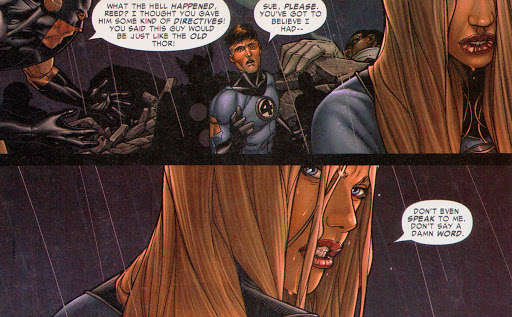 Sue, the ex-wife of Reed Richards

This kind of introduction should be no surprise to anyone, but an introduction to Sue, the ex-wife to Reed Richards, feels like a hell of an entrance. It avoids going over the origin of the Fantastic Four and leaves room to get to know a version of Sue, who finally told Reed where he and his long face could go. Reed Richards is the mayor of the “Am I The A**hole” subreddit so this split would be a long time coming. What kind of a**hole questions his wife's parenting ability? An a**hole who doesn't appreciate his wife's ability to be both a superhero at home and in the outside world.

This Sue is in the middle of an Eat, Pray, Love journey when she shows up in the MCU, providing yet another opportunity to merge with another intro idea. This Sue Storm goes back into the underground MMA fights to find herself again, only emerging when sought out by the ex-husband who desperately needs her help and has to pretty much beg for it.

'Back to basics': How king of comic book rehabilitation John Byrne saved the Fantastic Four

Emily Blunt explains why she turned down Black Widow, sees through those Invisible Woman rumors