There are plenty of ways to escape being stuck at home, but for some of us, there's no better route than within the pages of a good book — and when things are already uncertain, sometimes you just want the guarantee of a happy ending in your reading. That's why SYFY FANGRRLS is here with our monthly romance recommendations, where your resident romance lovers (that's us) list some of the books we're looking forward to, as well as the slightly older, occasionally non-genre titles that we're finally reading.

We've got 10 sci-fi, fantasy, and genre-adjacent romance recs on our radar that are being released throughout the month of May, plus our own evergreen recommendations, but this is certainly not an exhaustive list by any means. Let us know what you're planning on reading in the comments below.

Oh, and if you're new to our rec roundups, we're always on the lookout for authors with SFF romance titles to spotlight, so if you're a writer with a book coming out, let us know! You can also chat us up anytime on Twitter, either individually or via SYFY FANGRRLS using the hashtag #FangrrlsRomance. (And don't forget to check out last month's releases in case you're looking to add some slightly older titles to your forever towering TBR pile!) 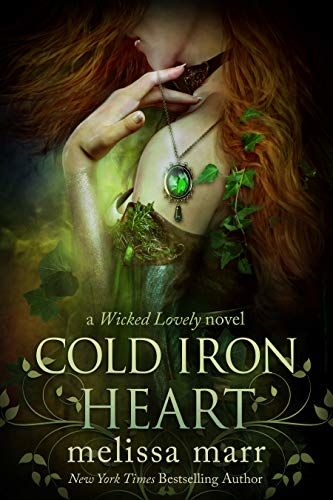 This much-anticipated prequel to Marr's bestselling Wicked Lovely books takes place a century before the events of that series. Thelma Foy is a jeweler living in 1980s New Orleans who possesses the Second Sight — the ability to see through the glamours that faeries use to hide from the mortal ken. But when she's rescued by the Dark King Irial, Tam must come to grips with everything she thought she knew about faeries as well as love, and Irial is forced to risk the possibility of war for the first mortal he's ever fallen for.

The posthumous release of this book is bittersweet — sadly, Chapman passed away in 2017 from cancer — but it also promises magic and romance in equal measure. Katy McBain moved to Spellbound Falls, Maine with plenty of secrets, but she's trying to keep her head down as the newest member of the town's fire and rescue team. Firefighter Gunnar Wolfe has taken it upon himself to find out her whole deal, especially because he realizes he's strangely, almost unnaturally protective of her from the start. 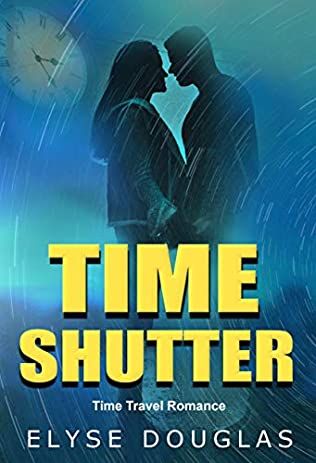 Time travel, complicated family dynamics, and an irresistible romance make this book the perfect catnip. Caitlin Thompson has just used her time travel camera to send her criminal half-sister Lizzie and her boyfriend back to 1890. But when Caitlin decides to go back in time herself to bring her sister to justice, nothing goes according to her plan... like the fact that her time camera has gone missing, or Jack Flint, the handsome gambler with secrets of his own. 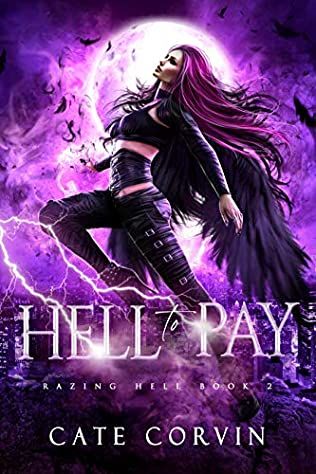 Fallen angel Melisande returns in this steamy enemies-to-lovers follow-up. By some miracle, she's won her freedom from the fighting arenas of Hell — but it cost her a significant betrayal. Still, there's a lot more for her to take care of, including rescuing her Nephilim mate and waging war against Satan himself. To do that, she'll need to create the Sword of Mourning and raise an army of her own, but she's hellbent on making her enemies pay.

Vampire Adam Hartzler has always considered himself an immortal of honor, but the line between right and wrong starts to blur when he begins to experience the call for his true mate. If he doesn't find her soon, he'll lose his soul — and by extension, his humanity, turning him into a soulless predator. When Annalise Snow wakes up on a farm far from any semblance of civilization, she's hardly feeling any positive kind of way about her captor. Love's never a guarantee when it starts off on a note like this one. 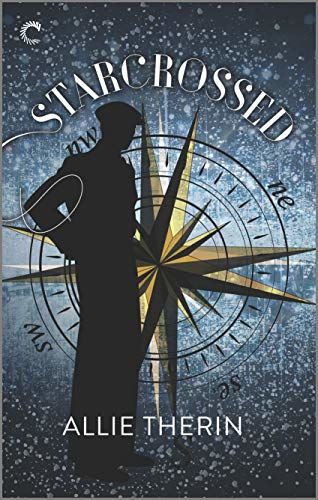 The much-anticipated follow-up in Therin's Magic in Manhattan series, set in 1925 New York, picks up with psychometric Rory Brodigan and protector of supernatural relics Arthur Kenzie, as well as their continuing romance and all the ups and downs they experience. Rory's worried he'll never measure up to Arthur's upper-class rearing, especially when Arthur's ex arrives on the scene. But there's plenty of other dangers for them to contend with, including a group of paranormals intent on throwing the entire city into chaos, a threat that forces them to rely on every ounce of magic they have up their sleeves. 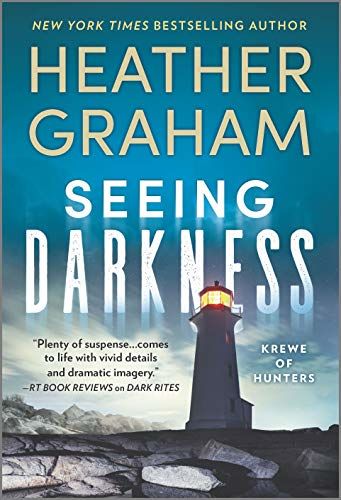 Kylie Connelly expected to have a fun girls' weekend in Salem, but a terrifying vision of murder rocks her to her core. What's worse is that she's identified the attacker: a prominent local politician. Krewe of Hunters Special Agent Jon Dickson is already hot on the trail of a suspected serial killer when he realizes Kylie's vision might be his best lead — and the two will have to work close together to stop this murderer from claiming yet another victim.

Mihalik's epic space opera Consortium Rebellion series continues! Catarina von Hasenberg is used to being underestimated as the youngest member of her High House — which is why no one would ever suspect that she's a spy. When she's tasked with going undercover at another House's summer retreat, her older sister makes her promise she'll take backup in the form of quiet, gorgeous bodyguard Alexander Sterling, who will pose as her lover. We think you can tell where this is headed, but there's also plenty of mystery, intrigue, and action to keep you hooked right alongside the romance. 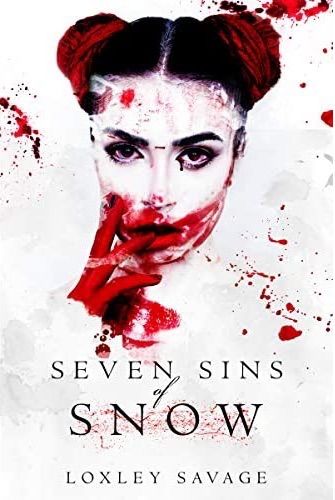 We've made no secret of our love for fairy-tale retellings, and this new standalone paranormal version of Snow White and the Seven Dwarves definitely looks to be a dark fantasy that is not for the faint of heart. With a neverending line of horrible suitors to deal with and a stepmother bent on killing her, our heroine might not have anywhere to turn — but there are stories of kings who have been given the power to wield the seven deadly sins, and it's those same kings who might be coming to her in her dreams. 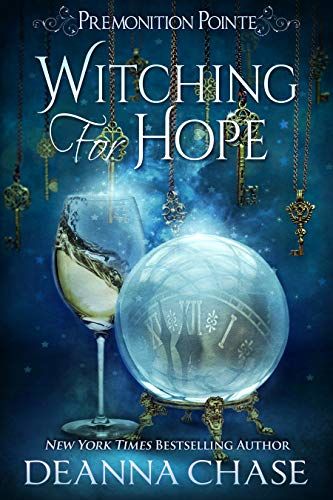 Witching For Hope - Deanna Chase (May 26)

A great business, the best group of friends a girl could ever ask for, a coven she can rely on any time — it's safe to say Hope Anderson is thriving. Or she was, at least, until the love of her life, Lucas King, walked back into town and turned everything upside-down. Oh, and apparently there's a family curse she might have to contend with, one that happens to all of the Anderson women when they turn 46? It's going to take all of Hope's magic to get her life back on track. 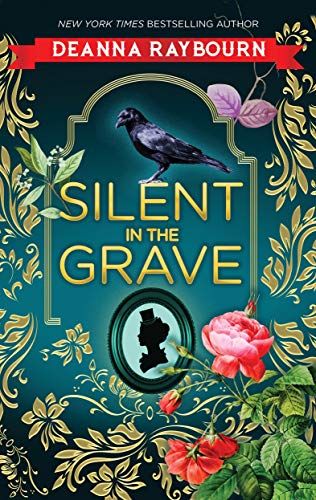 Given, you know, everything that’s been happening in the world right now, I've been seeking out a balance of comfort material and more challenging media, so of course I’m consuming a lot of romance for the former! Ruby Lang's Uptown trilogy of novellas follows three romances against the backdrop of life, love, and the beautiful neighborhoods of Harlem. You can buy each title individually but a collected edition is also available this month.

Having arrived VERY LATE to the Miss Fisher's Murder Mysteries bandwagon — it's so good, you guys! — I have been craving some cozy, sexy murder novels. Kerry Greenwood's Phryne Fisher novels are a very different beast from the TV show but still offer a hell of a lot of fun. If you want more historical lady detective romance fun then Deanna Raybourn's Lady Julia Grey novels will scratch that particular itch.

For a novella to satisfy your need for romance and mystery, check out Hither Page by Cat Sebastian, which focuses on a sleepy village in postwar England where a former spy and a doctor suffering from shell-shock team up to solve a murder and, of course, fall in love!

For something a little more controversial, I've had my eye on Docile by K.M. Szpara ever since I saw its tagline of "There is no consent under capitalism." This sci-fi title depicts a world where the wealth gap has grown ever wider and some people can become, willingly or otherwise, a Docile to pay off their debts. To be a Docile means to lose control over your mind and body, to become a slave in all ways. Elisha makes the difficult choice to become a Docile to help his family and ends up the property of the man whose family created the Docile process. It's not an easy topic to take on and there are frank discussions of rape and sexual coercion within, so this isn't for everyone. It is, however, unflinching in its take on the exploitation inherently built into capitalism.

Personally, I've been finding a lot of respite from the real world lately in historical romance. It doesn't matter which time period it's set in — Regency, Victorian, medieval, Scottish Highlands — as long as it's something I can project myself into and get lost in a wholly different era for a little while. Enter Monica McCarty's Highland Guard series, which basically follows a group of elite warriors handpicked by Robert the Bruce for their unique sets of skills (oh, and the ladies who they fall epically hard for, of course).

I've also started Sophie Jordan's While the Duke Was Sleeping, which is (you guessed it) a historical retelling of While You Were Sleeping. There is a gruff Scottish half-brother who is already distracting our heroine and it's fantastic. What I'm saying is that I'm just really into Scots this month, OK?

'Resident Alien' Season 2: Where we left the characters