The days are getting colder now, which means it's time to curl up with a blanket, a mug of something hot and a book of something hotter. So we're back again with our SYFY FANGRRLS monthly romance recommendations, where your resident romance readers (that's us!) list some of the books we're looking forward to, as well as the slightly older, occasionally non-genre titles that we're reading.

We've got nine sci-fi and fantasy romance novels on our radar that are releasing throughout the month of October, as well as the other, occasionally genre-adjacent titles that we're looking forward to checking out.

Let us know what you're planning on reading on Twitter this month, either individually or via SYFY FANGRRLS using the hashtag #FangrrlsRomance. (And don't forget to check out last month's releases if you're in need of more to add to your TBR pile. OK, maybe not need, but... we won't judge.)

We're already into this first book in Taiden's new Warwick Dragons series just based on the premise alone. Dragon shifter and millionaire playboy (hel-lo, someone's catnip right there) London Warwick has been living a life of debauchery with no plans to change his ways — not even for the PR whiz his mother has hired to clean up his messes. Bethany Russo may have been harboring a crush on London for a long time, but she's willing to put her feelings aside for professional reasons. Sparks fly, but there are a lot of complications afoot — including a cold case murder and an international hitman. Still, can anything really stand in the way of fated mates? We say nah.

Space Regency alert! Lord Deva, son and heir of one of the Empire's wealthiest families, lives a pretty charmed life — but when his actions place him on the verge of disinheritance, his only hope is to pull his best friend, Asta, in on revitalizing a barony on the edge of ruin. Meanwhile, Asta had planned to depart on a two-year deep-space trading expedition in the hopes of falling out of love with his best friend, but agrees to one last adventure — and of course, a fake engagement plot to help the estate in ruin brings them even closer together. 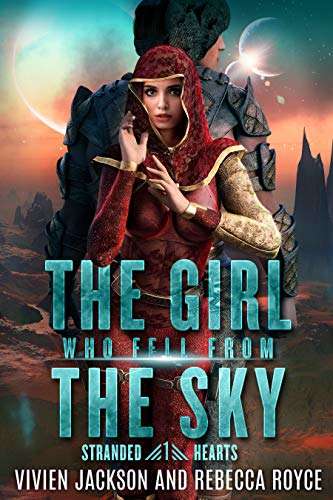 En route to life-saving surgery, Bianca's ship plummeted from the stars to a primitive planet far beyond the reaches of the Union. Being found by a group of people she's been taught to regard as brutes challenges everything she's ever known. Nox, Torrin, Mattis, and Astor are leaders among their people but couldn't be more different; they can agree on one thing, though, and that's the fact that they'll fight to keep the girl who fell from the sky and changed their world forever.

Romance against a zombie backdrop is one of the tropes we live for on SYFY FANGRRLS. Meg Daltry isn't interested in falling in love, but she can't stop thinking about Lane Boyd, the vacation fling she left behind. When Lane shows up hoping to win Meg back, neither of them is expecting the town to be suddenly overrun with zombies. Now Lane isn't just fighting for Meg; she's also fighting for her life, and the two are forced to work together to stay alive.

The author who brought us the gorgeously epic Kingston Cycle series is back with a new romantic fantasy set in a Regency-type England where women's magic is taken from them when they marry. Beatrice Clayborn is a sorceress in secret, terrified of the day she will be locked into a marital collar that will cut off her powers to protect her unborn children. But she dreams of becoming a full-fledged Magus and pursuing her true calling the way men are allowed to. A lucky opportunity enables her to find a grimoire that contains the key to her biggest wish, but there is a price for it: a kiss with her adversary's brother. In the struggle between magic and love, which will Beatrice ultimately choose?

Hello, yes, we are here for cranky vampires and the heroines who love them. As a Highlander of honor, vampire soldier Adare stepped up to save a human by biting her and branding her as his own. She might be the last thing he wants in his life, but he can't get her out of his head. Photographer Grace Cooper wants nothing to do with the immortal world she was happier being ignorant of, but when an old enemy reappears, Grace realizes she might actually need the strength of her new mate to survive, which means embracing her bond and all the intimacies it requires.

The titular Iron Pirate Darius has been sailing the deadly seas for a decade now, and he's starting to think it might be time to settle down. But any plans for quiet retirement disappear when he discovers the Princess Shereen has stowed away on board his ship — and she's got a price on her head. If Shereen can prove she inherited her father's power, she might just survive, but what happens when she asks a pirate to be her king?

Anything that's being compared to Sons of Anarchy straight out of the gate, except with vampires, is a book we want to get our hands on. Nothing is more important to Bane than protecting his vampire motorcycle club from the death magic invading his territory — but when a frustratingly sexy human doctor wanders into his path, she starts to tempt him to distraction. Dr. Ryan Sinclair never thought she'd find herself working with a motorcycle club, let alone one full of vampires. But she's intrigued enough by their leader to stick around, even if her presence forces Bane to choose between her life and everyone else's.

Selene Blackstone spends her days as a librarian with her nose glued to books. Meanwhile, the rest of the town of Brimrock views her as an outcast, a descendant of witches. If only they knew the truth: she's been cursed for all eternity. Pricky paranormal investigator Aiden O'Hare travels the country investigating phenomena with his best friend, and when his job brings him to cozy Brimrock to investigate Selene's grandmother, the evil witch Luna Blackstone, neither expects to fall under the other's spell. 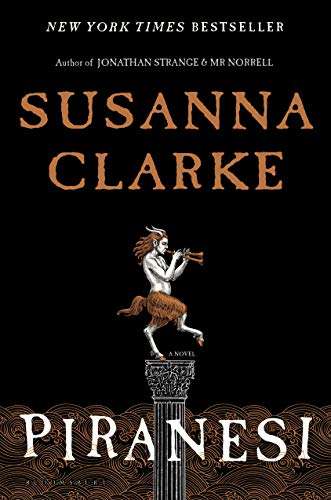 There are few 2020 books that I have anticipated as eagerly as Solutions and Other Problems by Allie Brosh. The legend behind Hyperbole and a Half returns after an extended break for more hilarity and tear-jerking comedy that is both brutally honest and laugh-out-loud joyous. It’s so good to have Allie back. Another much-hyped follow-up for 2020 was Susanna Clarke's Piranesi. Don't expect Jonathan Strange and Mr. Norrell's dense historical fantasy but still be prepared to be utterly enraptured by this beautifully surprising story. If you can manage it, go into it totally blind. I swear it's worth it. When I heard that Where Dreams Descend, the YA fantasy romance debut of Janella Angeles, was a three-way cross between Phantom of the Opera, The Night Circus, and Moulin Rouge, I wondered if she'd written it just for me! What more could one ask for in a book? 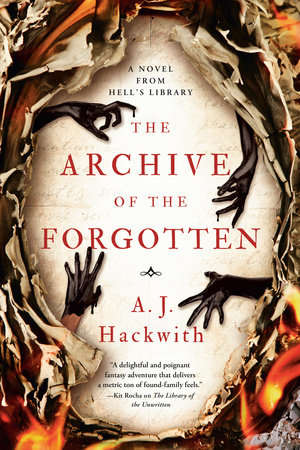 October brings with it SO many good book releases, y'all, and one I am so incredibly excited for is the long-awaited Hell's Library sequel, The Archive of the Forgotten by A.J. Hackwith. If you want a fantasy adventure series with incredible worldbuilding, characters who will make you root for them and rip your heart out in equal measure, and a story that is ultimately both a love letter to readers and writers alike, do yourself a favor and pick up this and the first installment, The Library of the Unwritten, and thank me later. Additionally, Talia Hibbert wrote a werewolf romance! Mating the Huntress is a surprise red hot, Halloween-themed drop and the fact that it is only Book 1 in a series indicates the promise of even MORE and I am so, so thankful for that.

It's a fan thing
Join SYFY Insider to get access to exclusive videos and interviews, breaking news, sweepstakes, and more!
Sign Up for Free
All Posts About
Fangrrls
Fangrrls book club
Get Rec'd
books
fangrrls romance
lists
Related Stories