Get Rec'd: Six sci-fi and fantasy romances to while away September

A new month means new romances! With September now officially upon us, it's time for SYFY FANGRRLS' monthly romance recommendations, where your resident romance readers (that's us!) list some of the books we're looking forward to, as well as the slightly older, occasionally non-genre titles that we're reading.

We've got six sci-fi and fantasy romance novels on our radar that are releasing throughout the month of September, as well as the other, occasionally genre-adjacent titles that we're looking forward to checking out.

Let us know what you're planning on reading on Twitter this month, either individually or via SYFY FANGRRLS using the hashtag #FangrrlsRomance. (And don't forget to check out last month's releases in case you're looking to add even more books to your to-read list. Sorry not sorry; our piles are similarly towering!) 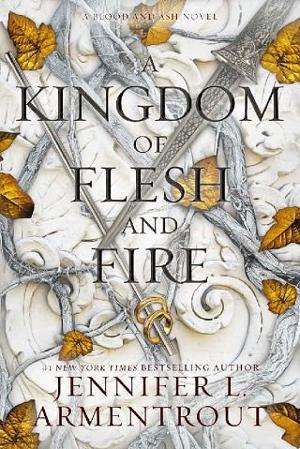 Armentrout's widely-anticipated follow-up to her fantasy romance series that kicked off with From Blood and Ash earlier this year is finally here! Everything Poppy thought she believed has turned out to be a lie — including the man she had been falling in love with. Casteel Da'Neer is known by many names and faces, his lies as seductive as his touch, but she knows better than to trust him now. Alas, he needs her alive to achieve his goals, and she needs him in order to get what she wants — to find her brother. Working with Casteel instead of making him her enemy has its own risks, though, especially when he's tempting her with everything she's ever wanted.

The sweeping romance between Lara and Aren, which kicked off in 2018's The Bridge Kingdom, comes to an epic conclusion in this newest release from Jensen. Now-exiled as a traitor, Lara has watched her kingdom of Ithicana taken over by her own father, seemingly helpless to do anything to stop it — but when she learns that her husband, Aren, has been taken prisoner in battle, she knows there must be only one reason he's being kept alive: her father wants to draw her in as bait, and it is bait she is going to take. But while Lara and her companions forge a plan for Aren's escape, it turns out getting into her father's palace isn't going to be the problem. Getting out, on the other hand, is a wholly different story. 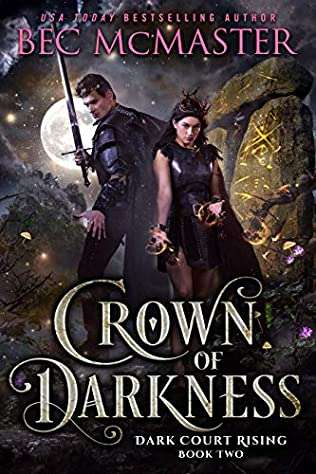 McMaster is already behind some of our favorite subgenres in romance — who doesn't love a delicious steampunk story, right? — but in her latest paranormal series, she's going the fairy-tale route with a twist on the classic myth of Hades and Persephone. Thiago, the cursed Prince of Evernight, and Princess Iskvien first bonded when her mother sent her to his court as a political hostage, convinced her daughter could take out the prince as an undercover assassin. But one look at Thiago and Vi knew she couldn't get the job done. Now, they've survived a dangerous curse, but when a dark goddess rises, secrets threaten to tear them apart and the queen has sworn revenge herself, will they survive a looming war?

One of the best things about romance growing and expanding as a genre is how many classic tropes are getting the sapphic treatment — and if that's up your alley, you might be interested in this title. Lady Sylph's only concerns should be inheriting her title, marrying well and producing an heir — but when she realizes she has magical abilities too, an ability no one in her class is meant to possess, it's a problem she needs help with. Enter Thana, who hopes the royals will never depend on her as monarch's pyradisté — but when a beautiful, spoiled noblewoman is relying on her to help conceal her magic, they'll have to work together, overcome their biases and maybe admit their feelings along the way. 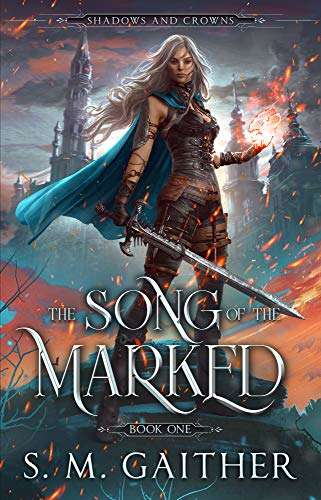 For decades, the Kethran Empire has been plagued by a strange illness that leeches the life and soul from its victims. Casia is what's known as Fade-Marked — one of the few who fell ill and lived. The circumstances surrounding her survival are a mystery, but they're enough to intrigue the young king-emperor, who claims he wants to work alongside her in pursuit of a cure. Unfortunately, working with him also means working with the handsome but aggravating captain of the Kethran Army, Elander. Cas feels oddly drawn to him, but can she trust him?

Leila Tūs Salvatíraas, Savior of Thessen and Queen of her realm, is beloved by all — except her father. He wants her dead. The Sovereign's Tournament, a centuries-long tradition intended to select the Savior's husband, is only days away now, but Brontes' plan to overthrow his daughter shifts its objective from marriage to murder. With the help of her sisters and friends, Leila must stay one step ahead of her father to prevent her own assassination — but when she finds herself falling for one of the tournament competitors, he ends up in her father's crosshairs, too.

Like everyone else in the world, I am enamored with Mexican Gothic by Silvia Moreno-Garcia. If you loved Crimson Peak then this book is right up your alley, a good old-fashioned haunted house gothic horror full of darkness, seduction, and mushrooms. It made me sad that we don’t get more books like this these days.

A solid decade ago, I got my start blogging as a YA reader, and at the time, there was a hotly-hyped paranormal romance called Nevermore by Kelly Creagh that I avoided like the plague. Maybe I'm softer now as an old person, but I decided to read the book this month and I heartily enjoyed it. Imagine a heightened high-school romantic drama with overtones of Edgar Allen Poe, centered on a brooding hot goth kid. Who can say no to that?

I'm also late to the party with The Library of the Unwritten by A.J. Hackwith. Have you ever wondered what happens to all the stories in the world that never get written? It turns out they end up in hell with a sardonic librarian, a vivacious muse, and Satan, the world's worst boss. A brilliant concept brought to life so vividly. 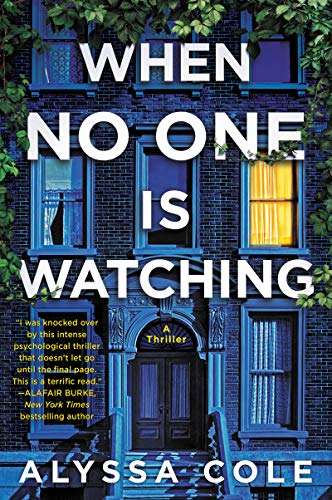 This summer shifting into fall has been all about reading the spooky books, because it doesn't really feel like autumn to me until I've been good and truly freaked out in my own apartment. Enter Alyssa Cole's When No One Is Watching, which has been aptly described as a Get Out-meets-Rear Window thriller about the horrors of gentrification and a Brooklyn neighborhood that has secretly been home to some of the worst and most long-running racial transgressions throughout the centuries. It's hilarious and pulse-pounding, and you shouldn't miss it.

Upcoming reads I'm excited about are Natalie Zina Walschots' Hench, about a woman who works temp jobs for minor supervillains and realizes that the line between "heroes" and "villains" isn't that broad after an encounter with a superhero leaves her both injured and laid off. I'm also really excited about Olivia Dade's Spoiler Alert, a rom-com where a devoted fan goes on an unexpected date with her celebrity crush — who's secretly posting fanfiction about his own show on the internet.