Get Rec'd: Six YA SFF novels to pick up in April

When the world becomes too much (and the world definitely is too much right now), I really enjoy retreating into the world of young adult science fiction and fantasy. It's like a respite for my brain; not only does it transport me to somewhere entirely new, but it also allows me to focus on different issues than the ones I'm facing.

If you're craving an escape to another world, why not check out one (or all!) of these excellent young adult sci-fi and fantasy novels coming out in April?

I'll read anything Rae Carson writes (I've especially been enjoying her Star Wars novels), but I've been a fan of hers since her debut novel The Girl of Fire and Thorns. At a time when every YA fantasy book felt very similar, Carson did something different with her main character and trilogy. Now, she's revisiting the world that put her on the map in this brand-new standalone novel, featuring 16-year-old Red who has nothing then, briefly, everything, until it's all ripped away from her again.

I've heard so much about Wicked Saints, but I haven't had a chance to read it yet. That will change now that the sequel, Ruthless Gods, is out, as it gives me the perfect opportunity to read the two back to back. The first novel was inspired by Joan of Arc, a story of a peasant girl who manages to influence the events of war through magic. Nadya must unlock the secrets of the enemy's blood magic, and her own divine powers, in order to understand what's been happening to her country and their opposition. 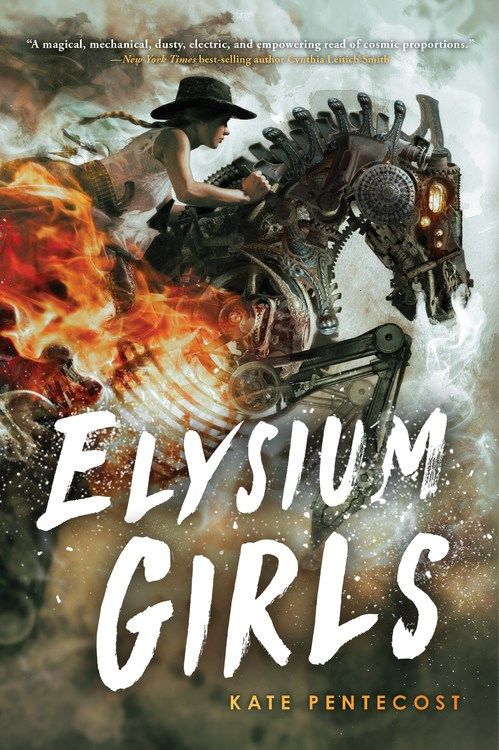 I knew I wanted to read this book before I even read a word of summary — just look at that terrific cover with a teen riding a metal horse through fire! I'm extremely here for it, and the book's synopsis just convinced me even more. It's set in Elysium, Oklahoma, where the sisters Life and Death choose to wage war through the town's inhabitants. Ten years later, the endgame is in sight — that is, until Sal Wilkinson stumbles on a way to beat both Life and Death at their own game.

Girls Save the World in This One - Ash Parsons (April 14)

June Blue and her friends are huge fans of a television show about the zombie apocalypse, so when she discovers the show's fan con is coming to her town, she is excited to attend. But not all is well behind the scenes of the con — as June and her friends attend panels and meet their favorite stars, there are strange things afoot at the convention. And then June realizes why — the zombie apocalypse is actually upon them.

Maggie Stiefvater's The Raven Cycle is one of my favorite YA series in recent memory, so you can bet I sit up and take notice when other books are compared to it. Christine Lynn Herman's series, which started with The Devouring Gray, is supposed to be perfect for fans of Stiefvater's and features 17-year-old Violet Saunders, who has been dragged to a new town after the death of her sister. She soon discovers her family has a history protecting the town, and when she unleashes an unthinkable monster upon it, she must work with other townsfolk to contain what she's done before it's too late. 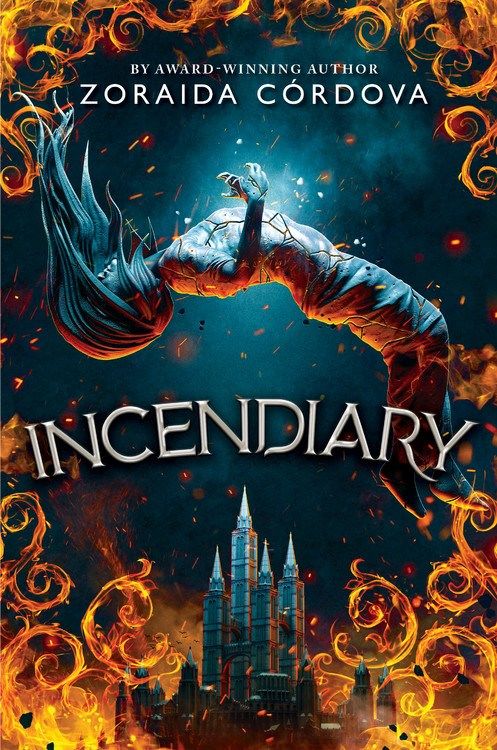 Zoraida Córdova is a FANGRRLS favorite, which is why I can't wait to read her new fantasy novel. This book was inspired by Inquisition-era Spain and features a main character named Renata, who was kidnapped by the royal family as a child in order to help win a war that resulted in thousands of deaths. Now Renata works as a spy against the court, but her thirst for revenge against the royals is real. When she must complete the mission of her mentor after he's captured by the prince, will Renata be able to carry it out or will her desire for vengeance consume her?