A heartwrenching, resonating fantasy debut that upends a classic Shakespearean tale and pairs it with monsters — what's not to love about author Chloe Gong's These Violent Delights? It encompasses everything that we at SYFY FANGRRLS love about the power of genre fiction, putting a new spin on familiar tropes and putting them in worlds unlike any other. Taking place in 1920s Shanghai, These Violent Delights offers a vividly-rendered setting and characters who will resonate with any reader who chooses to lose themselves in the story as it unfolds.

18-year-old former flapper Juliette Cai has just returned to her home-city, proud to assume her role as the heir of the Scarlet Gang. The powerful gang’s only rivals are the Russian White Flowers, and behind their every move is their heir, Roma Montagov, Juliette’s first love — and first betrayal.

The blood feud between the two gangs has ruled Shanghai for generations. But people start to whisper of a contagion, a madness which culminates in ripping one’s own throat out, a monster in the depths of the Huangpu river which threatens the city both gangs call home.

With the violent illness claiming lives on both sides, and the only leads to a cure coming from western newcomers who have their own agendas, Juliette and Roma must set their guns and grudges aside to uncover the truth about this plague — for if they cannot stop this mayhem, there will be no city left to rule.

To celebrate the release of These Violent Delights (out today!), SYFY FANGRRLS asked Gong to recommend some of her favorite science fiction and fantasy works that offer Chinese and diasporic rep. 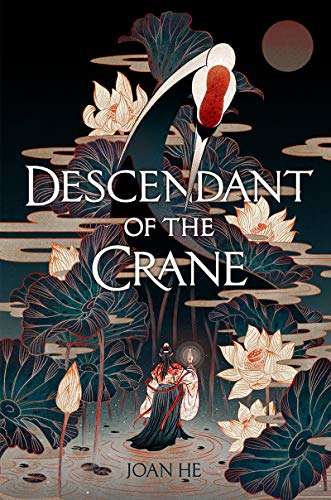 Descendant of the Crane - Joan He

"Descendant of the Crane follows Princess Hesina, who is suddenly made queen of a crumbling kingdom when her father is murdered. In her attempt to investigate his death, she dabbles in magic and other criminal activities that are punishable by law, only to discover secrets that run far deeper than she thought. Not only is this fantasy Chinese-inspired story, featuring a princess who provides the representation that Chinese teens everywhere will sigh in happiness to see, but the storytelling feels like it mixes the Western-Eastern cultural divide in a way diaspora will love."

"The Epic Crush of Genie Lo is single-handedly one of the funniest books I’ve ever read, and it wasn’t until months afterwards that I had a ~Moment~ where I realized, 'Wow… it was so funny because it was so relatable.' Genie’s wry remarks about homework and saving the world while being Asian were hilarious because it hit every nail on something I had actually experienced (the homework part, not the saving the world from hell-spawn part), I didn’t have to just use my imagination like I did when it was a main character without my cultural representation. A shock, but the best sort of shock."

"Warcross is the epic, futuristic sci-fi of my dreams. After a hacking gone wrong, Emika Chen accidentally propels herself to international fame and is invited into the Warcross Championships, representing the United States in Tokyo. She has rainbow hair, tattoos, and the most gutsy attitude that takes her right to the top. I am not ashamed to say that I am vividly living out my wish-fulfillment through Emika because I can since she looks like me, muahahah!"

"All you need to know about Rebelwing is that the main character, Prudence Wu, is a smuggler, and there are sentient cybernetic dragons involved. Put that together with a dystopian evil called the United Continental Confederacy and characters battling them while trying to survive in school, and you’ve got the adventure Teenage Chloe was probably dreaming about while doing regular homework without cybernetic dragons. Please excuse me while I stare forlornly out the window waiting for my cybernetic dragon to come to me." 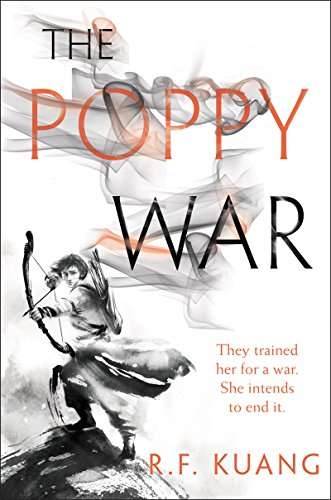 "The Poppy War is set in a fantasy world, but it’s inspired by Chinese history in such an intricate and thoughtful way. Rin pulls herself through intensive studying, aces the Keju, and enrolls in the country’s most elite military school, only to stumble onto unearthly powers in shamanism. The allusions to China’s past with the Opium Wars are fascinating for diaspora who haven’t seen this sort of history used for inspiration in fantasy before. Society has progressed past the need for only Euro-centric fantasy inspiration, the diaspora are here to make everything much more interesting.

We still have a long way to go, and there are so many more stories to be told about the incredible diversity within this one type of cultural representation. But for the meanwhile, these faves are shining so brightly on the shelves and everyone should absolutely read them!"

It's a fan thing
Join SYFY Insider to get access to exclusive videos and interviews, breaking news, sweepstakes, and more!
Sign Up for Free
All Posts About
Fangrrls
Fangrrls book club
Get Rec'd
books
lists
Related Stories

'Stranger Things' star opens up about racism from fans

Daniel Roebuck suits up as Grandpa in 'The Munsters'