Pop culture junkies and toy fanatics, we are officially a month away from this year's San Diego Comic-Con. As always, there will be no shortage of things to do and see over the course of the five-plus day event, and toy shopping is one of the main attraction. There is an almost absurd number of exclusive toys to watch for, but today we're rounding up a few of the best offerings from the most notable toy companies, with some honorable mentions.

Some of these items can be preordered online, but your best bet really is to be present at the show, if possible. Some of these exclusives can take many multiple hours of line standing to procure. If you're especially inspired and antsy, you can check out BigBadToyStore and Entertainment Earth for listings on which exclusives they have in their inventory. All right, enough yapping — on with the toys!

We’re starting with the little guys. While Toynami, Inc. will carry their own (not yet revealed) SDCC exclusive toy, they will also carry the ‘Farewell Big Brother’ edition of the VF-1S ship from Robotech: The Macross Saga. The fighter plane features bullet holes damage, soot effects, and a bloodied ejection seat, and comes complete with a posable pilot. It’s a screen accurate representation of the model for the season one episode of Robotech. It’s limited to 300 pieces, and while the exact price isn’t known yet, it will retail for somewhere in the $130-$140 price range. Toynami, Inc. will be at booth #3229.

NECA always kills it (in a good way) with their fantastical, cartoon, or monster-inspired toys. You can find NECA Toys at booth 3145.

The Capture of Splinter(pictured above)

The world’s saddest movie scene is becoming one of NECA Toys’ most killer awesome playsets. From the 1990 film Teenage Mutant Ninja Turtles, NECA Toys has recreated the torture scene from when Shredder and his foot soldiers capture Master Splinter. This four pack will have an MSRP of $125.

From the acclaimed 2017 IT movie NECA presents a very special edition of Pennywise based on the Derry Charter engraving. The terrifying clown has been around for centuries, as evidenced by his appearance in an engraving of the Derry town charter, and this 7” scale figure has been detailed in an “engraved” style to match. Comes with 2 head sculpts, two balloons, and an MSRP of $30.

This year at San Diego Comic-Con, Bandai and Tamashii Nations are going DBZ crazy. This year marks the 30th anniversary of Dragon Ball Z, and the toy giant is busting out a whole mess of their stunning S.H. Figurarts action figures to celebrate. While no official price point has been supplied on any of these yet, we can assume they will follow the S.H. Figurarts tradition of about 6 inches tall and $65 dollars, give or take a few shekels.

Based on the hit DC Comics crossover, Batman vs. Teenage Mutant Ninja Turtles, Mikey is decked out in Batman’s iconic cowl and cape in this awesome 2019 San Diego Comic-Con exclusive. Accessories include a sewer lid, pizza and extra sets of hands. Limited to 10,000 pieces.

To celebrate the 35th anniversary of Ghostbusters, Diamond Select Toys has created the ultimate movie collectible – the slimed action figure 4-pack! Each of the four dudes features approximately 16 points of articulation, as well as interchangeable hands, removable walkie-talkies and more.

This exclusive 9-inch scale PVC diorama of the Flash racing across a wave is the latest in the DC Gallery line.

The greeting card brand has become a huge contender in the SDCC toy exclusives scene and I think this year, they might have some of their best original toys yet. You’ll find Hallmark at SDCC 2019 booth 2913.

This item features Paploo the Ewok piloting a speeder bike as seen in Star Wars: Episode VI — Return of the Jedi. This event exclusive ornament also plays sound from the film. The ornament is priced at $40.

This item depicts Spider-Man wearing the Item 17-A armor first seen in Avengers: Infinity War. This metal ornament is priced at $25.

Mattel is bringing its A-game to San Diego Comic-Con 2019 with a seriously exciting lineup. Admittedly, they are doing something a little unconventional with their convention exclusives; they are allowing you to order the toy online, show your proof of purchase at their booth, and then you can have the items shipped to you in August. It's weird and clumsy, and honestly, you're better off just waiting in line to get these goodies NOW.

The Infamous 'Snap into a Slim Jim' commercial featuring the Macho Man Randy Savage has officially become an action figure. While this item is a convention exclusive, there will be limited preorders available through Entertainment Earth starting June 18!

This pack is a celebration of Batman’s Silver Age roots in the comics, the four-figure set gives you four remarkably silly renditions of Bruce Wayne’s early comic book adventures, all packaged in special, old-school comic art themed box. It has an MSRP of $80.

Hot Wheels’ diecast car of the Armored Batmobile from the Tim Burton Batman movie is here, as well as a fully detailed replica of the '89 Batmobile itself. The special set also comes with a small diecast figure of Michael Keaton's Batman and a special protective shell replicating the film’s armored upgrade for the vehicle. This item will be $25 at SDCC.

Hanging out at SDCC booth #3329, we toy collectors were holding our breath to see what the toy giants had in store for us. And we weren't disappointed: Word around the playground is that this year, Hasbro is doing less "SDCC Exclusives" and more like "Conventions in General" exclusives. Meaning, these items are said to be more attainable for fans and collectors.

The convention exclusive Ecto-35 looks much like the regular Ecto-One/Optimus Prime mashup that will hit shelves soon, only it is covered in slime and has an MSRP of $150.

AKA, the Austin St. John starter pack. This $50 set of two 6 inch action figures will be available on the Hasbro Pulse website in limited quantities after the show wraps up.

This 6-inch Boba Fett figure will have an MSRP of $24.99 and may be available at select other conventions around the world.

Icon Heroes will have limited edition exclusives at the Icon Heroes booth #3345.

Vigilante stands approximately 8.5 inches tall, one leg perched on his bullseye where his sai and brand can be stored. This statue is made of high-quality polystone resin and costs $100.

Coming in at $80, This statue imagines what might happen if Kara Zor-El's good and evil souls split apart, creating a dark side manifestation. Made of high-quality polystone resin, highly detailed and expertly painted, this incredible collectible stands approximately 9" tall!

No sir, I don’t like it. But that doesn’t mean you can’t! This item is a 500 piece limited edition figure, that stands approximately 8 inches tall, is hand sculpted, and hand painted. This exclusive bobblehead features Rose in a gold dress, shoes, and base.

Aggretsuko serves up her signature rage in red glow-in-the-dark vinyl with the new San Diego Comic-Con Exclusive vinyl art figure from Kidrobot and Sanrio! Limited to 500 pieces, $40 each.

On the heels of Godzilla: King of the Monsters, Kidrobot brings your favorite destroyer of cities to vinyl with a fully chrome 8" Godzilla figure. The character design is a throwback to the original mecha monster first introduced in the 1974 film Godzilla vs. Mechagodzilla. The robotic doppelgänger and arch-enemy of our beloved Godzilla crashes into homes in very limited quantities. Limited to 500 pieces, $100 each.

Honoring the iconic sponge’s 20th Anniversary, Kidrobot brings an all-new collectible SpongeBob to the scene with a clear shell that reveals a real (yes, real) sponge inside. The clear shell features a semi-translucent rainbow design. SpongeBob SquarePants kicks off his 20th Anniversary at SDCC and the Kidrobot SDCC exclusive figure brings the sponge to life in ways never seen before. Limited to 300 pieces, $50 each.

Following the success of the sell-out Chia Dunny from SDCC 2018, Kidrobot reveals the second Chia Dunny featuring artist Kronk. This Dunny stands at 4-inches tall. Buzzkill is guardian spirit of weird trips and contemplative highs, here to liven up your Dunny collection in a way only Chia can. Limited to 200 pieces, $40 each. 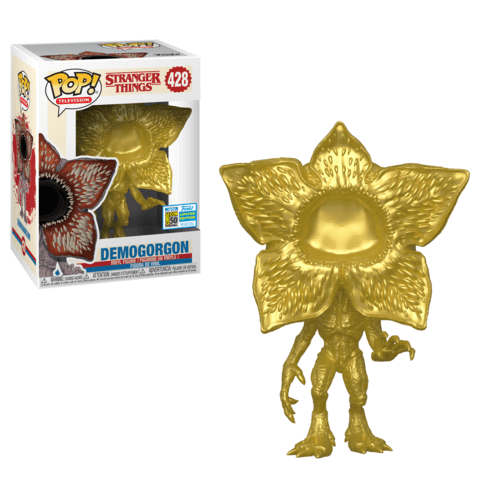