So, keep your gloves and masks within reach (please), get ready to shop (online, due to the coronavirus), and get ready to jump back into that (very, very virtual) toy box with your resident, if not favorite, Toy Journalist.

And you know, just because we’re all contained inside (for the most part) doesn’t mean we can’t get celebratory for Earth Day!

Hasbro is bringing Guardians of the Galaxy fans a special treat, and it is in the form of three Groots! More specifically, it’s a limited Fan Channel run of a three-pack of Marvel Legends figures, the Groot Evolution 3 Pack.

Get ready for a growth spurt!

From potted prodigy to towering tree-like humanoid, Groot uses his powers of regeneration to become a legendary defender of intergalactic justice. This set comes with a 9-inch Groot figure, and two 1-inch Groot figures. This Groot 3 pack costs $21.99, ships September 2020, and can be preordered today.

From one superhero franchise to the next, the awesome looking Blue Variant Batman Detective Comics #1000 from McFarlane Toys’ DC Multiverse line is finally about to ship!

Originally revealed at Toy Fair in February (feels like forever ago at this point, doesn’t it?), this awesome figure is the next in line for release from McFarlane’s Batman line. The figure is 6 inches tall, comes with the grappling hook and Batarang, and will be available at retail stores in May. The MSRP is $19.99.

Few things are as depressing as not being able to leave your home due to the COVID-19 epidemic. But when you have to bounce out for your essentials runs, why not let everyone know what a pop culture nerd you are?

Coming June 2020 for $9.99 apiece are some “Neck Gaiters” that are good enough to keep a Joker grin plastered on your face. Not that anyone will be able to see it.

You can see the entire collection right here at BigBadToyStore, and seriously, if you need to keep your mouth covered, at least you can let everyone know what flavor of pop culture nerd you are. This collection from Concept One has three (count 'em: three!) Baby Yodas, Pennywise the Clown, the Joker, Darth Vader, and more.

It’s not exactly toys, but it could be collectibles, and if nothing else, it’s enough to make you feel pretty cool. They can also be used as scarves and headbands, but you know Concept One is taking advantage of this time for them to be face covers!

The Olympics may be postponed, but that won’t stop us from getting into the spirit with Hello Kitty!

Individually packaged in a clear window box, you can collect the full series of characters and display them in their box. 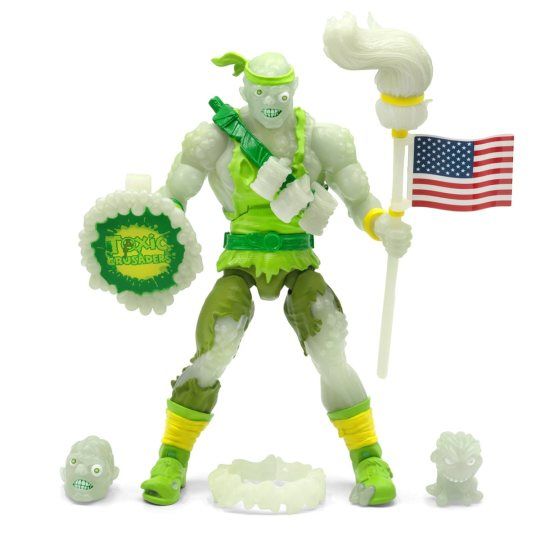 GLOW IN THE DARK FUN

Want to see something cool? Or how about something that glows? Entertainment Earth is presenting a Toxic Crusaders Exclusive action figure!

Based on the hit 1990s cartoon and toy line, this awesome Toxic Crusaders Glow in the Dark Toxie Deluxe 6-Inch Action Figure (made by Super7) is ready to clean up this town all day and all night.

Complete with Blobbie, a flag map, an alternate head, a shield, and a whole suite of accessories, the glowing green mutant is here to save the world while also making it just a little bit cleaner… and brighter, because Toxie and his gear are cast in glow-in-the-dark green plastic!

This is an exclusive, so it will sell fast. We suggest that you get your order in now so you don’t miss out! Super7’s Toxic Avenger, Entertainment Earth exclusive costs $44.99, ships July 2020, and can be preordered here.

We’re nearing the end, my toy loving friends, but we couldn’t wrap up this issue of Important Toy News without checking out some movie toys!

This first one is so awesome, and we’re taking the highway to the danger zone for it!

Seemingly out of nowhere, Lanard toys is showing off some officially licensed Top Gun toys. While known for a while as a company that only produced knock-off G.I. Joe toys, Lanard has started making a name for itself with toys based on pre-existing properties.

The best part? These toys are super affordable, typically hovering around the $20 range. The flagship Top Gun box set comes with two small planes and two pilots. You can pick it up at your local Walmart during an essentials run. (Top toy tip: Don't even bother trying to find these toys on Walmart's website, as its search function is forever busted trash. Best of luck!) 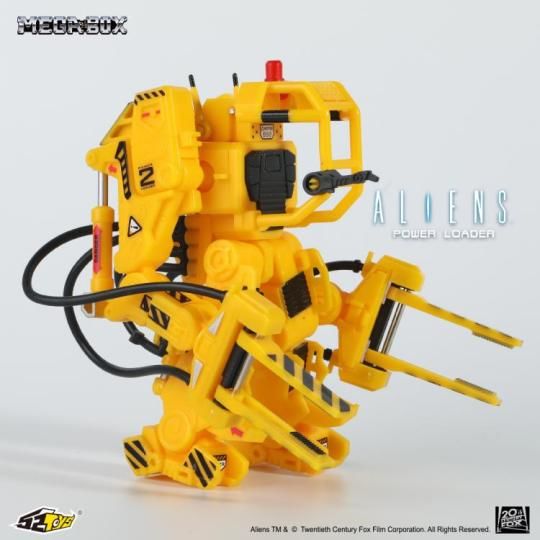 And lastly, based on the 1986 Alien sequel, the MegaBox MB-02 by 52Toys features the Power Loader as a transformable item. This Power Loader figure can change from a heavy-duty alien battling machine to a compact cube form.

It is 3.90 inches standing and 2x2x2 in cube form. This Power Loader has got to be one of the most distinct pieces of machinery in the movie, and it’s cool to see a toy of it coming soon.