Welcome back to Important Toy News, the SYFY WIRE column that shows you a week's worth of amazing new playthings, collectibles, shelf candy, and tokens of joy. Join me, your resident toy journalist, as I take you down a magical Chutes-and-Ladders-style circular whirlwind of toy seeing, toy buying, then money disappearing over and over again.

And this week, fellow toy fiends, we are kicking off with some amazing Japanese toys! 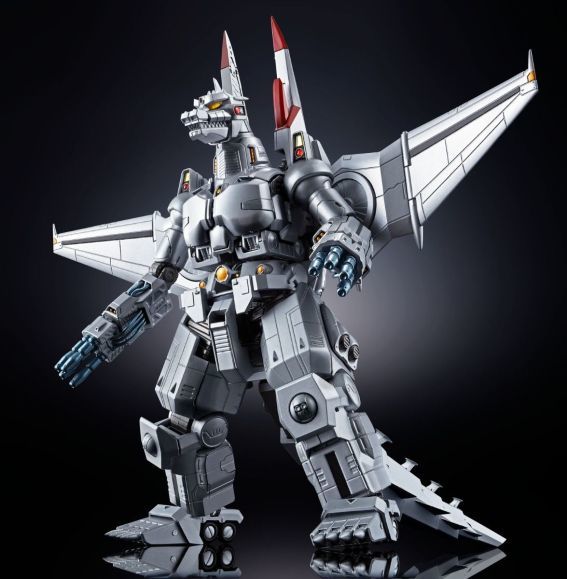 Fans of 1993's Godzilla vs. Mechagodzilla II may remember the awesome poster with artwork by Noriyoshi Ohrai, with a new villain that differed from the Mechagodzilla that appeared in the film. Now, for the first time ever, this unique design is being produced as a figure. Three G-Force mechas combine to form the incredible Mechagodzilla Chogokin from Bandai! It can even be posed in flying mode.

This set includes the diecast and plastic G-Force mechas "Garuda," "Gundalva," and "Naga," which combine to form a 170mm tall Mechagodzilla. It also includes Garuda stand and special explanatory manga. You can purchase this amazing Godzilla figure from Bluefin Brands for $175 today.

Sticking with the '90s and Japan, let's look at some iconic anime figures. You may not remember the plot, but if you were a fan of the genre back then (or just watch on Netflix now), you definitely remember the theme song for Neon Genesis Evangelion. I've written about these sexy robots more than we knew we needed in the Important Toy News column, and I for one think a regular appearance is necessary and good.

A new wave of Hasbro's Power Rangers Lightning Collection (Wave 4, to be exact!) has been announced, but right now, fans are stoked for the appearance of Trini Kwan, played by the late Thuy Trang.

Each of the Lightning Collection figures is 6 inches tall, has over 20 points of articulation for high poseability, swappable heads, multiple, character-inspired accessories, and an extra pair of hands for more ways to play or display. Each of them costs about $20 and will hit retail stores in April 2020. You can order them from Entertainment Earth today. 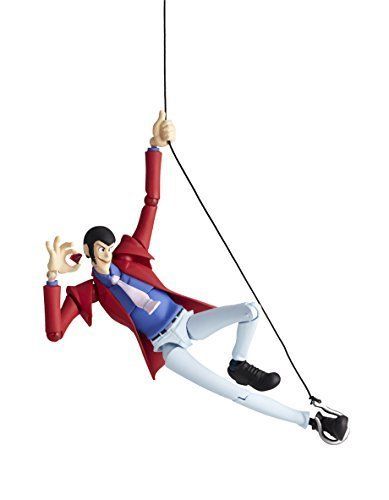 And our final toy from Japan today is one that I consider to be a big treat and, no lie, I preordered before writing this article. Not only is this figure of Lupin, the titular character from the classic anime series Lupin the Third by Kaiyodo super-beautiful, it's on sale for only $20! You can snag one for $20 on BigBadToyStore and it will ship first quarter 2020.

Want to see a cool prototype toy picture? Then you're in luck — NECA released a new image from its Target Exclusive TMNT Series 3 Cartoon 2 Packs are here! NECA assures that these new sets will be available Spring 2020.

While more images and details on all accessories in the coming weeks, we can take a sneak peek at what is to come! By Target exclusive, we're serious, so make sure you hunt these down in stores when they're available! The last Turtle Two-Packs from NECA cost $50 each, so there's a good chance these will be the same.

The DC Collection from McFarlane was shown off last week (where we got first glimpses of several Batman iterations and Superman), and now even more figures have been announced.

New in the wave (at $19.99 each) are Batgirl, Nightwing, The Batman Who Laughs, Green Lantern, Harley Quinn, and Green Arrow, all available for preorder now. Each figure is 7 inches, comes with a card, a stand, weapons, and a piece of the "Build a Batmobile." 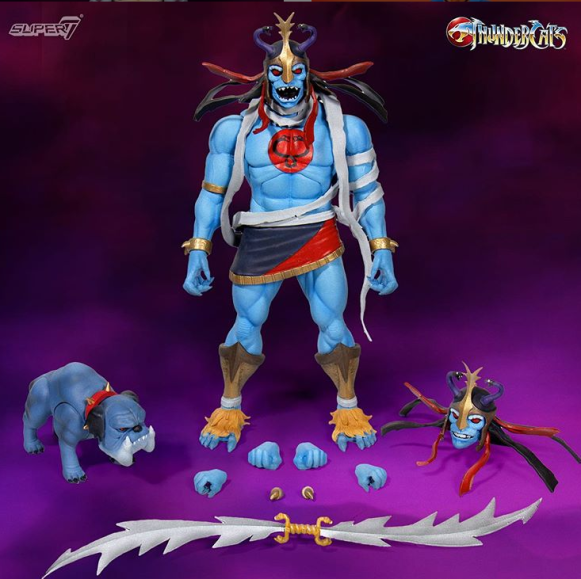 Each 7-inch, super-articulated deluxe action figure comes straight from Third Earth to you! Each made-to-order figure will come with a variety of interchangeable parts and accessories with deluxe packaging. The second wave, which is available now for preorder on BigBadToyStore, includes the healer Pumyra, the treacherous Grune the Destroyer, the warrior Tygra, and the evil Mumm-Ra Transformed with his fiendish companion Ma-Mutt! They cost $45 and will ship 4th Quarter 2020. 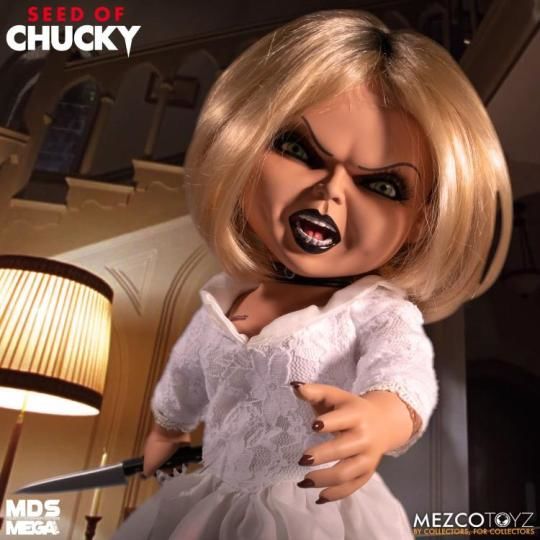 We're nearing the end, my toy collecting friends, and this column wouldn't be complete without some… say it with me… horror toys!

And first up, Mezco Toys is giving the world a jumbo 15-inch Talking Tiffany doll from her depiction in Seed of Chucky (my favorite Child's Play movie, to be exact). She is outfitted in an all-white gown and choker necklace. Tiffany comes complete with a knife accessory and speaks eight phrases from the film.

And last but never least with a release date of May 2020 is NECA's newest Halloween II Michael Myers figure.

Michael Myers stands 8 inches tall and comes complete with a tailored coveralls costume. Michael is highly detailed, fully poseable, and includes several accessories (like a knife, scalpel, syringe, and hammer). He costs about $30 and is available for preorder today. Also available from the classic 1981 sequel Halloween II are Doctor Loomis and Laurie Strode, both of which stand approximately 8 inches tall and come dressed in cloth clothing. Each figure is highly detailed and fully poseable and features the authorized likenesses of Donald Pleasence and Jamie Lee Curtis. The two-pack costs $85 and can be preordered today.

And while I'm not into cloth clothes on action figures, I can't deny that these all look haunted as hell — and that's a compliment!