Welcome back to Important Toy News, the SYFY WIRE column that shows you a week's worth of amazing new toys and collectibles and teaches you how to transform your paper money and coins into shelf candy. Join me, your resident toy journalist, as we… do something a little different this week.

For those of you who didn't know, October is Breast Cancer Awareness month, and we are going to help raise awareness in a video game kind of way. That's why this week's entire Important Toy News is not only dedicated to video game companies fighting breast cancer, but to video game-related toys in general.

Kicking off, we have a collaboration between Retro-Bit, Sega, and Limited Run Games who are getting us to stand together by gaming pink. This October 2019 Retro-bit is opening preorders on a collection of limited controllers officially-licensed by SEGA — all appropriately colored Clear Pink.

Retro-Bit is involving gamers in the fight against breast cancer with 10 percent of every pink SEGA-licensed controller purchase to be donated to National Breast Cancer Foundation. That organization helps provide and inspire hope to those affected by breast cancer through early detections, education & support services. Both Genesis and Saturn controllers are available and can be preordered directly from Limited Run Games.

Keeping with the video game theme, Ravensburger is bringing the world of Minecraft from screen-to-table with the new board game Minecraft: Builders & Biomes. It has an MSRP of $39.99 and will be available starting November 15, 2019 on Amazon.

In this amazing board game translation of the hit game, players explore the Overworld, build structures and mine resources. Points are earned for building structures and creating the largest connected biomes of forest, desert, mountain or snowy tundra spaces on their player boards.

Shipping this month, the amazing people over at New Wave Toys are getting its Street Fighter II 12-inch RepliCade out to eager customers and gamers everywhere. This miniaturized, sixth-scale arcade machine is fully playable using the original controls, running the original game ROMs, and is officially licensed by Capcom.

Street Fighter II: Champion Edition has been designed in perfect one-sixth PlayScale to match your collectible figures, and fit perfectly on your bookshelf, bar, or desk. It costs $119 and can be ordered directly from New Wave Toys. The next machine in line for New Age Toys is Dragon's Lair, and you can follow its journey here. Seriously, I played both of these machines at the New Wave Toys booth at a convention, and they were both luscious.

But if it's more traditional video game toys you're craving this week, let's at least look at some that we can cuddle. If you haven't heard of Stubbins yet, you're missing out! An exclusive line of officially licensed figures standing at approximately 6''. Stubbins plush offers you a new way to show off your favorite gaming characters. Made from the highest quality and softest materials, this unique collection is perfect to display anywhere!

You can find them at retail stores such as Walmart, Amazon, Target, and more. The toy line is adorable and extensive, featuring characters such as Clank, Nathan Drake, Mega Man, Chun-Li, Ryu, Parappa, Vault Boy, Aloy, and more! They cost in the $8-16-dollar range and you can buy some of them today.

We just got cute, now it's time to get fancy. First 4 Figures, makers of premium video game statues, announced that they will open preorders for it's The Legend of Zelda: Breath of the Wild Zelda statue. The preorder event begins Friday, October 25 at 10AM ET, and you can RSVP for the events via First 4 Figure's official website. Zelda features LED functions both in her base and the Sheikah Slate in hand, a common feature in First 4 Figures Exclusive Editions. 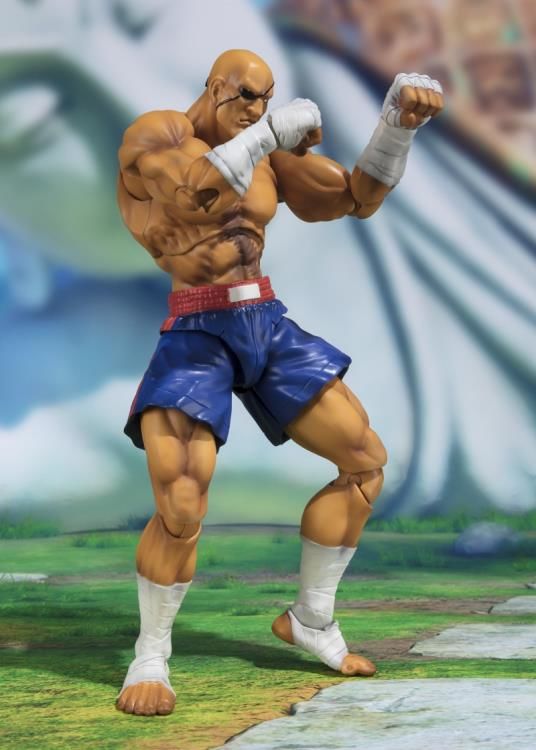 All right kids, say it with me — it's action figure time! And we're kicking off with the newest figure revealed from Bandai in its S.H. Figurarts line. It's Sagat, an old enemy of Ryu's in the Street Fighter franchise! His tall body emphasizes the coolness of his special moves!

This figure stands 6.70 inches tall and depicts Sagat as he looked in Street Fighter V. He has an MSRP of $79.99, ships March 2020, and can be preordered from BigBadToyStore today.

Staying in the Street Fighter universe (Capcom has been generous with that license recently, am I right?) Banpresto is showing off the cutest Q Posket Chun-Li toy. This adorable little number comes in both an A and B color variation. I'm personally a sucker for the traditional blue garb. This collection of Q Posket features some of the most popular video game characters! Each figure stands about 5.50 inches tall and makes wonderful additions to collections for fans both new and old. She has an MSRP of $24.99 and ships March 2020. The pink costumed version can be ordered here as well. 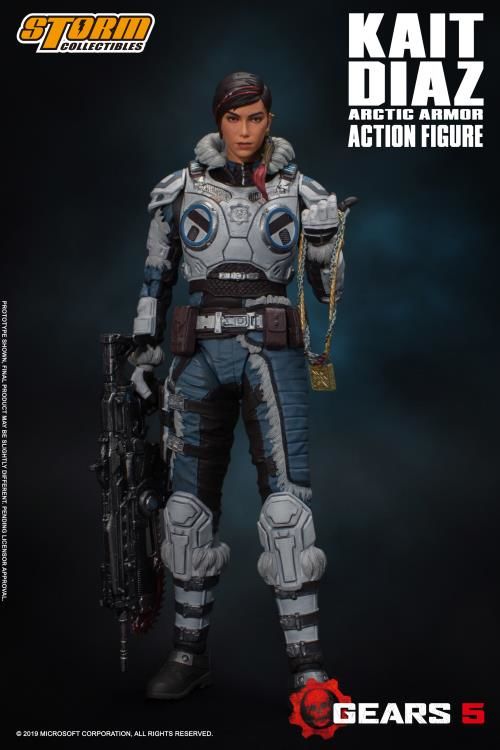 We've hit the end, my video game-loving friends, and the last on our list comes from the always fantastic Storm Collectibles. While its Gears 5 line was announced earlier this year, this Kait Diaz figure is just starting to ship her way to collectors' shelves now. Standing at nearly 7 inches tall, Kait Diaz is a highly detailed figure decked out on her Arctic armor. With her Mark 3 Lancer Assault Rifle, and a plethora of other accessories, Kait is ready to battle the locust hoard.

With an MSRP of $64.99, you can order her today from GameStop, Amazon, anywhere you buy collectibles, or you can just do what I do… stand around the Storm Collectibles/Bluefin Brands booth at conventions and just… you know… drool a little.