Welcome back to Important Toy News, the SYFY WIRE column that gives you tons of new toys and collectibles, and justifies their purchases with three simple words: you need it. Join me, your resident toy journalist, as we check out new toys, drool over vintage remakes, and admire a surprising number of roleplaying toys.

But first, we have to remember that with Halloween still on the way, it’s time to get scary. And what better way to get scary than by having a 1:1 scale ghost break through your wall?

Now you can have your very own life-sized Slimer (of Ghostbusters fame) rudely emerge into your living room (or bedroom, bathroom, whatever)! And trust me, this one is gnarly. For me, The Real Ghostbusters was my first exposure to the franchise, and therefore cute cartoon Slimer will always hold a special place in my heart. I’d happily take a wall prop of him. But I think OG movie Slimer is just a little too Extreme Ghostbusters for me, personally.

But, if you're into this (hey, it's your business who you want to burst into your bathroom wall), Slimer is set to ship during Q4 2019, so sometime between October and December. (Halloween prop? Christmas gift for that Ghostbusters crazed fan in your life? Who knows!) He costs a whopping $1200 and is available for preorder today. 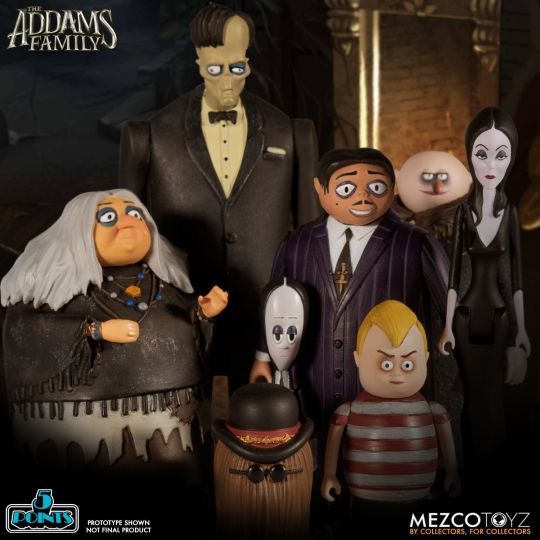 On the topic of things that are creepy and kooky, mysterious and … oh eff it, you know the damn song. But you probably didn't know these toys, because they just became available for preorder now! Mezco Toyz is showing off their new subdivision and it’s called 5 Points — Mezco’s upgrade to the articulated action figures of yesteryear. These highly detailed, poseable action figures feature some of pop culture’s most familiar faces, both old and new, and with the new The Addams Family movie in theaters, this was a pretty obvious tie-in.

The 5 Points Addams Family Sets are packaged in duos on retro blister cards, perfect for display. You can pick up the whole family right here for $85, or snag the sets separately here. The full set includes Gomez, Morticia, Fester, Lurch, Wednesday, Pugsly, Grandma, and Thing.

If you're a real Halloween fanatic, you not only have this year's costume on lockdown, but you're also planning out next year's getup. This one is for you:

Shipping Nov. 15, 2019 with an MSRP of only $59.99, GameStop is bringing the public yet another video game 1:1 scale prop. And this time, it’s Samus’ arm cannon from the Metroid series. You can order it here today. I asked some die-hard Metroid fans what they think of this prop piece, and so far, the reception is met with mixed results. You have people on the internet complaining about the quality, and yet no one has seen the thing in real life. Also, at only $60, it’s far cheaper than the Mega Man Megabuster cannons and helmet that have been released up until this point. 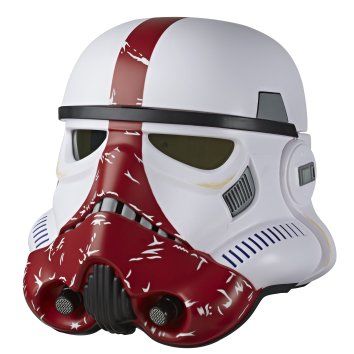 Don’t want to be Samus? Don’t worry! We have two Star Wars helmets ready for your LARPING/Cosplay/standing in front of your mirror/cooking dinner needs today! Check out this awesome Stormtrooper Helmet, directly from Hasbro Pulse. It’s actually a really great deal at $99, and it ships December 2019. And if you don’t agree with me, check out the Dark Helmet we’re ogling next.

This roleplay item with premium deco, realistic detail, and TV series-inspired design is a great addition to any Star Wars fan’s collection. Featuring a voice changer that distorts the wearer’s voice to sound like an Incinerator Stormtrooper from The Mandalorian live-action TV series on Disney+, fans can imagine what it was like for these specialized troopers to suit up for battle!

Let’s play a game called "Ready, set, spend." Want to know how to play? All right, pay attention. All you have to do is see something super cool, hover your finger over the add to cart/checkout button on your screen, close your eyes and look away, and a few weeks later, an item you can't really afford just magically shows up at your house! It’s almost as good as Heath Ledger’s Joker’s magic trick! Ta-Da!

Well, anyway, that’s how I feel about this new $649 Star Wars The Mandalorian helmet. It will be ready to ship 4th quarter of 2019 and it is available for preorder now. Not only is this helmet an authentic and highly detailed true-to-life replica that you can display, but it is also a fully wearable adult costume accessory. Each helmet is finely crafted of fiberglass and is appointed with a fully-lined interior that can fit heads up to a size 8 U.S. hat.

We’re nearing the end, my toy-loving friends, but we can’t have an issue of Important Toy News without touching on some superhero toys, now can we? First up from Super7, the Teenage Mutant Ninja Turtles are joining the ReAction retro figure line. Based on the classic animated series, each TMNT ReAction figure stands 3.75-inches tall and features five points of articulation. This first wave of TMNT Reaction figures includes Leonardo, Raphael, Bebop, and Rocksteady. They cost $17.99 and are available for preorder today.

We alluded to this one last week, but now it’s time to give this awesome new Marvel Legends figure some true love and adoration. Because seriously, it is super, super cool. After the fall of War Machine, Frank Castle acquires the highly weaponized armor and makes it his own. And for this price point of only $19.99-$21.99, this War Machine figure is one of the best looking ones I’ve seen. War Machine is due out December 2019, and you can preorder him today through Hasbro Pulse or BigBadToyStore. 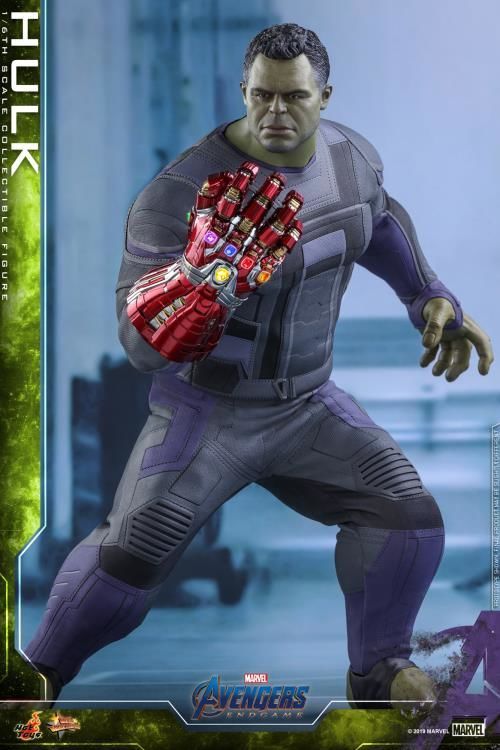 Last but not least, let’s get hot and Hulky. Gross, stop thinking whatever is in your head. Actually, no, keep going, because today we are discussing Hot Toys, and with this price point, you might have to do some questionable things in order to get your Hulk fix. And by questionable things, I mean like… budget and be considerate with your collecting and not purchase other things on this list impulsively. Ew, who wants to do that?

With an MSRP of $374, this premium Hulk figure will ship during the 4th quarter of 2020. Based on Hulk’s appearance in the Avengers: Endgame movie, the highly-accurate figure comes with a newly developed head sculpt capturing his facial expression with impressive likeness.

Does that 15.5 inches of fun sound like a hulking blast or what? What a rush! We made it through a great list of toys. I feel like my wallet is wrung dry and I’m totally broke. Maybe we should get ourselves something healthy and affordable. Yes, that’s it. Which in this case for me means…I’ll take one of those new $8 sparkly unicorn blind boxes from Tokidoki, please.