Welcome back to Important Toy News, the SYFY WIRE column that keeps you looped on the hotness in the toy world this week. Join me, your friendly internet toy journalist, as I lead you on an incredible journey through a new world of toys and action figures in amounts so copious, it will leave your bank account gasping for breath. Buy them all and your spouse might leave you, but that’s OK, because you’ll have the support of man’s best friend. And this time, he’s life-sized.

Coming soon from Super7 is their collection of new Peanuts gang toys. While the ReAction figures in this line are absolutely adorable (and you have six characters to choose from) it’s the life-sized Snoopy wearing the (removable) Charlie Brown mask that will elicit every awwww in the room. Seriously, this thing is adorable (and a little bit terrifying if you think about it for more than a moment). The 16-inch life-sized Snoopy vinyl figure comes complete with the mask and fabric shirt, as he was seen in the October 28, 1953 strip.

Both the ReAction Figures of the Peanuts gang and the Teasing Snoopy vinyl toy will be available at Super7’s Good Grief Pop Up Event at their brick and mortar store over the duration of San Diego Comic-Con, July 17-21, 2019. 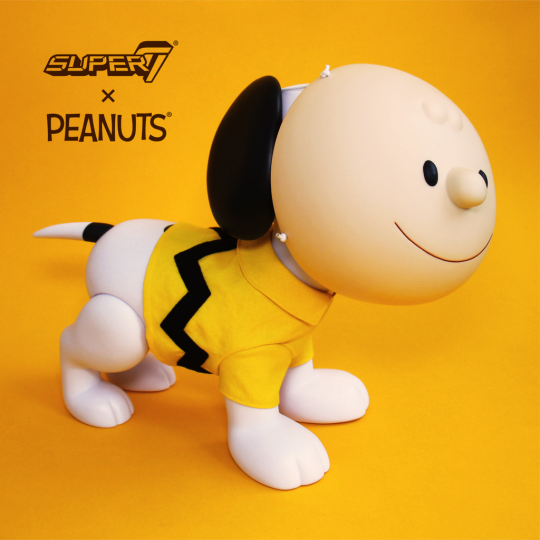 Celebrating our country's independence means celebrating the heroes. So right now, on Important Toy News, we’re going to give one to the best kind of heroes: Super Heroes. And we will start off with the one named Sailor Moon.

Within a day of showing off the new teaser for the Sailor Moon Eternal movie, Bandai revealed five new Figurarts Mini toys, one for each of the Inner Sailor Guardians (Moon, Mercury, Mars, Jupiter, and Venus). They have an MSRP of $19 and will be available October 2019.

Spider-Man: Far From Home is fresh in theaters, and Hot Toys is pumping out two new premium figures to celebrate. The first is the Spider-Man Upgraded Suit, which has an MSRP of $244, is 11 and a half inches tall, and is available for preorder now.

Based on Tom Holland’s appearance in the movie, the latest Spider-Man figure features a newly developed head sculpt with an astonishing likeness, included a masked head sculpt with multiple pairs of interchangeable Spider-Man eyepieces to create numerous expressions. It also comes with a beautifully designed red and black Upgraded Suit with detailed web pattern and an extremely wide variety of accessories, including a pair of glasses, a Spider-Man mask, a smartphone, assorted spider-web shooting effect parts, and a movie-themed dynamic figure stand. 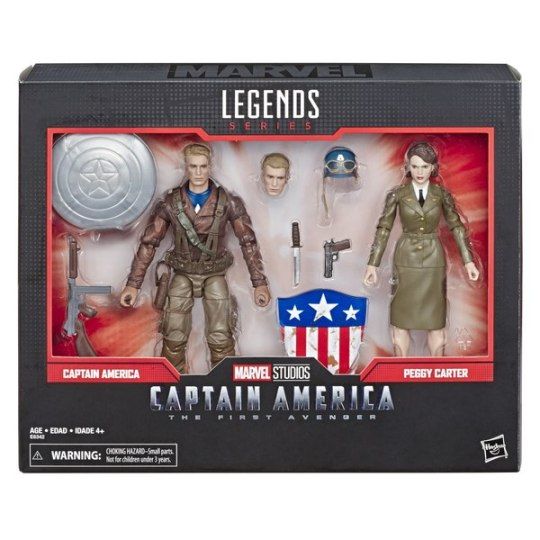 We also can't discuss Super Heroes without Marvel Legends, so we’re going to see what newness is coming from that corner! Four new 2-packs (each running about $40) will be released soon. On their way to retail stores near you are Captain America: The First Avenger set with Captain America and Peggy Carter; an Avengers: Infinity War set with updated versions of Iron Man Mark 50 and Iron Spider-Man; an Ant-Man & The Wasp set with Luis and The Ghost; and a Thor Ragnarok set with Hela and Skurge.

And now it is time for my persona favorite segment in Important Toy News… you guessed it… Giant Robot News! If you’re an Oldtaku like me (which means aging Otaku, the old-school name for an anime fan), then you’re probably stoked that Neon Genesis Evangelion dropped on Netflix about two weeks ago. And sure, I’ve been writing about every Evangelion toy that’s dropped for a while now, but that’s not the point! 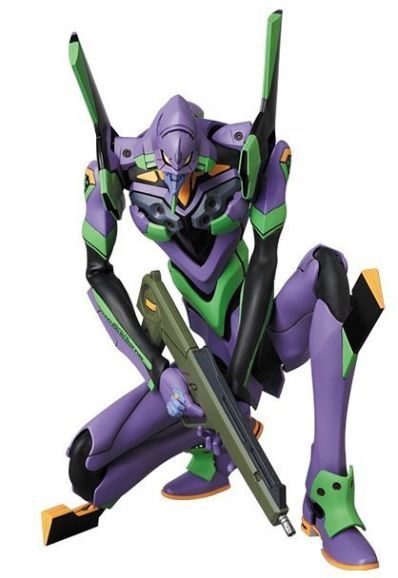 The point is that Medicom Toy is making a breathtaking Evangelion Unit 01 revision figure that blows all those cheaply made Kaiyodo ones out of the water. Medicom has decided to release a whole-body recoloring of the EVA-01. The mouth can open and close and the head is on a movable joint. The EVA-01’s main weapon, knives, and rifles are included along with a detachable cable cord. The hatch in the back armor can be open and closed. Various wrist replacement parts are included along with an articulated stand for extra posing possibilities. Just in time for Shinji not to run away, right?

This insanely gorgeous and monster sized Evangelion is 15.6 inches. It will ship November 2019 and has an MSRP of $262. You can order yours today from HobbyLink Japan.

We’ve reached the end, my mecha-loving friends, and our last piece of the day is a San Diego Comic-Con exclusive from toy makers Toynami. They’re showing off a new VF-1S Armored Valkyrie GBP-1S from Robotech: The Macross Saga. This action figure is 1/100 scale (so about 6-inches tall), transforms from Battroid to Gerwalk to Fighter mode, and features all new gorgeous box artwork by IDW comic book cover artist Jamie Sullivan.

Only used in one episode of Robotech, it hit us in the heart and everyone wanted more of this magnificent mech. So, if you find yourself as SDCC with $89.99 burning a hole in your pocket and don't think you’re going to manage to get something from the Hasbro booth, spare yourself the trouble and embarrassment and hop on over to Toynami’s booth instead!