Important Toy News: You can now buy a life-sized Boba Fett and defecating Winnie the Pooh

Welcome back to Important Toy News, the SYFY WIRE column that will have you heeding the call of the toy collecting lifestyle. Join me, your resident toy journalist, as we discover new toys, drool over vintage ones, buy the Green Power Ranger for the fifteenth time, and get crushed harder than the mosh pit at a Slayer concert when you try to get some of those extra Power-Con convention toy exclusives that are going on sale this weekend. Laugh as you will, that Starburst She-Ra will be mine.

But away from the familiar and the well known, because this week we are starting off will some real specific goodies. Consistent readers of Important Toy News likely know how every week or so, we like to include some very expensive or premium toy so we can gawk over the price tag and wonder if anyone would notice if our kids' college funds suddenly disappeared. Well, get ready for four of those in a row, with costs ranging from "get the hell out of here" to "wow, that's a lot," both of which are actual numerical measurements. 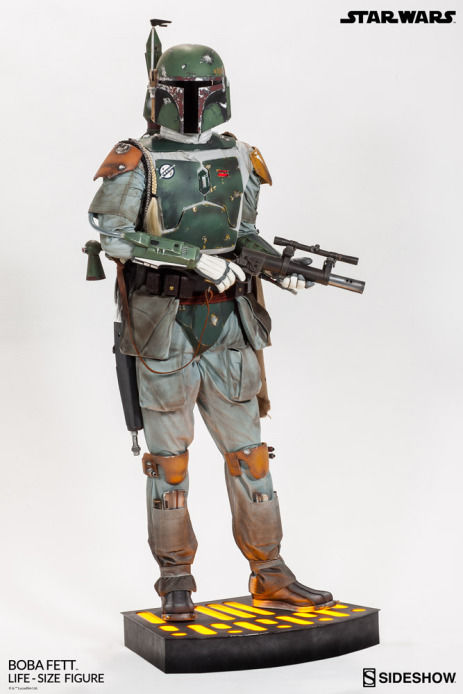 While we've shown off a couple of life-sized statues in this column, this new jumbo-sized Boba Fett from Sideshow Collectibles really takes… like… everyone's cake, since it costs $8,495. He stands six-and-a-half feet tall, which is really more feet and inches in a row than most real people. This replica is so realistic, you'll swear he jumped right off the Slave I!

Standing confidently on a light-up themed base, Boba Fett is decked out from head to toe in an authentic replica of his Mandalorian armor, featuring an articulated helmet with adjustable rangefinder, intricately detailed fabric costume and utility belt, a light-up chest panel, and braided Wookiee scalp accessories. Armed with a blaster at the ready, and another holstered at his hip, the resourceful mercenary is equipped with his signature jetpack and keeps various tools of the trade stashed in his pockets. Lucky for you, he's available for preorder from Sideshow Collectibles today!

Was that Boba Fett too expensive and tall for you? Well, perhaps this three-foot-tall gnarly statue from that old manga/anime series Berserk will be more up your alley. For a mere $1,100, premium statue maker Prime 1 Studio will let you have Void, the leader of God Hand, hanging out in your office or living room. Every grotesque detail of his appearance is sculpted in great detail, and he comes with the Brand of Sacrifice too. His base is covered with many human faces in torment!

At a big 90cm tall, he'll be a commanding presence in your collection, especially if you don't buy that Boba Fett. You can order Void today from HobbyLink Japan.

All right, all right — too much. Let's bring that price down a little bit. Are you ready to feel the Lightning and ride the Thunder?! For every little kid that ever dreamed of bringing their G.I. Joe fantasies to life, head to Walmart for the THUNDER TANK! For just $400, you can own your very own Action Wheels 24 Volt Thunder Tank!

The battery-powered ride-on offers two forward speeds and one reverse speed with a max of 5 MPH. Features include a working cannon that comes with 5 plastic shells, a swivel machine gun with lights and sounds, and a manually rotating turret to help position the cannon towards the target! Holds up to two passengers with a total weight limit of 150 lbs and comes with a rechargeable battery and charger. You can find it at Walmart stores or order it online today.

This last entry in this week's "expensive, specific, and amazing" category is this fan-made resin figure by Oddworx. Artist Alex Solis has created one heck of a pooh-lightful dedication to Pooh in this pop-culture nightmare conglomeration.

Now, clearly, the Pooh Pooh, as it's called, is not a licensed product. It's also not exactly a bootleg because it is not a copy of a preexisting product. No, this is just… majestic. Sitting in a crouched position, "totally not W.T. Pooh" has a pushing grimace on his face while another definitely not Winnie just extrudes from hence sphincter. It's weird, it's made of resin, it's 5 inches tall, and if you really need one, you can get it from Oddworx. 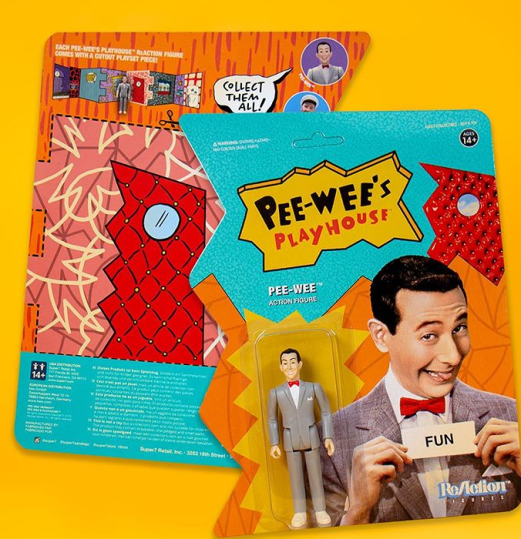 And EXHALE, everyone! The really expensive stuff is all done, but we've still got some wacky weirdness ahead. Super7 has something just incredible for us '80s babies because it's time to look at some Pee-Wee's Playhouse ReAction Figures! Get ready to join Pee-wee, Randy and Billy Baloney, Captain Carl, Magic Screen, Conky, and Chairry next Monday (September 23) when Pee-wee's Playhouse will be available in the Super7 webstore and anywhere else you buy your Super7 collectibles.

While the two human characters, Pee-Wee and Captain Carl are nice looking, it's really the puppet characters where Super7 crushed it. The Conky, Chairry, Magic Screen, and Billy/Randy puppets are just breathtaking and I really think I need to buy them all.

Speaking of lovely things from the '80s, Los Angeles based jewelry maker Han Cholo is breaking out something amazing for New York Comic Con. Now, for the uninitiated, Han Cholo is a brand that only makes licensed jewelry, so their web store is filled with Transformers rings and necklaces, Masters of the Universe pendants and earrings, and Power Rangers pins. And among those great licenses is Voltron! Their new NYCC piece is the key that starts up the lions that form into Voltron. In the series, the key was gold, but this is a special edition piece. It's enough to make you say "Why didn't they make that when I was a kid?!" 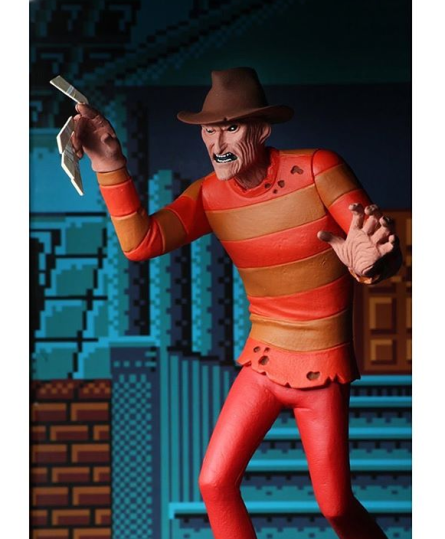 We've hit the end, my toy loving friends, and we're wrapping it up with an old-school Nintendo treat you don't have to blow into. NECA just added NES Video Game versions of Freddy and Jason to the Toony Terrors line up. They have an MSRP of $13.99 and can be preordered today from BigBadToyStore. They will ship on December 2019.

I think NECA is crushing it with the Toony Terrors line. The second I saw these toys, I knew they needed to be mine. Wave One is amazing — it has both Pennywise the Clown versions (1990/2017), Jason Voorhees, and Freddy Kruger. Wave Two is also pretty sweet — it contains Leatherface, Michael Myers, Pinhead, and a two-pack of Chucky and Tiffany, which I'm definitely going to pick up.