After we sat through the credits of Avengers: Infinity War, waiting for the post-credits sting that was just as devastating as the rest of the film, we discovered that one of the movie’s surprise cameos was played by a surprising name. When we see the villain from the first Captain America, we’re wondering, why in Thanos’ purple chin is Red Skull in space guarding an Infinity Stone? Whether or not Hugo Weaving is reprising his made-up face is beside the point.

But now we know The Walking Dead’s Ross Marquand took over the role after the villain touched the Tesseract and ended up playing the character on Vormir. There was obviously drama in the replacement, but how in the world does this character even get into the movie, and how does he get played after 70 years alone in space? Luckily for us, Marquand recently opened up about the role. Speaking with EW, the actor/impersonator went deep on his Infinity War cameo. 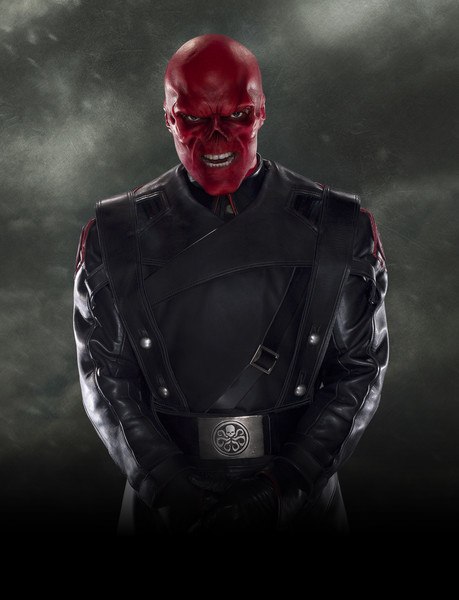 “I think the reference they might have given is Yoda-esque,” Marquand said when explaining that the directorial Russo brothers wanted a Hugo Weaving impression that had seen some heavy stuff and come out the other end. “I went over the source material in Captain America: The First Avenger and watched that over and over again,” Marquand continued. “For me, it was a matter of melding [Weaving’s] iconic performance in The Matrix with the German accent he brought to the character with Red Skull.”

The performance needed to be “remorseful,” the actor said, because Red Skull “does feel a certain degree of shame and loss, and he’s conquered by his own ambition, really.” “It’s very much like Icarus; he flew way too high — literally, because he touched the Tesseract and got launched into space — and he got way too ambitious and lost sight of his humanity, and now he feels genuinely remorseful about that. And there is kind of a forlorn energy to him.”

After a brief audition process (one tape) and a quick return flight to Atlanta (where both Infinity War and Season 8 of The Walking Dead were filmed), a one-day shoot was all he needed. Well, and then he couldn’t tell anyone, until now. “These NDAs on these things are no joke! I literally did not tell anybody until it was out. I told my friend who I brought to the premiere, because she had to know how I got tickets, and I said, ‘I can’t tell you who I’m playing, but I can tell you I am a part of this. But you can’t tell anyone.’” He didn’t even tell his parents. “Because I’m scared to God! These NDAs put the fear of God in you.”

While Marquand doesn't know if he’ll get the chance to play Red Skull again, the actor obviously has ideas of where the character could go from here if Avengers 4 finds a place for him. Despite creating an intergalactic prison for himself, the actor says, “You have to wonder: Is there still a part of him that does have ambition?” It does seem sad to abandon the poor German out in the middle of space and time -- but in a year we’ll know a bit more.

What is Groot's growth rate, scientifically speaking? How tall could he get?