As countless marketing executives, artists and reporters buzz around the convention floor at Toy Fair, Adam Pawlus is doing his best to stay inconspicuous. Tall and thin, with glasses that are maybe a shade larger than average, he looks the part of a Star Wars toy expert, but that's not all that unique here, so with a fake name tag, he blends right into the crowd.

The fake name tag isn't so much an anti-social affectation as a means of survival. If he wore his own tag, it'd identify him as the buyer — and official Toy Evangelist — for Entertainment Earth, one of the biggest e-commerce retailers in the geek space. His Sunday is packed with meetings with major toy makers aiming to convince him to stock their stuff on the site, which makes a two-hour break vital. This is the year's largest toy industry event, with companies from across the world pitching their wares, and Pawlus is the target audience.

Walking around the floor of the Javits Center with his buyer pass around his neck would be the equivalent of wearing a neon "open for business" sign, inviting toy manufacturers and indie merchandise companies to pitch him at every turn. With the fake name tag, he can quietly check out the massive displays of new products, especially the exquisitely designed action figures and '80s throwbacks that are so en vogue right now. Occasionally, he takes pictures for his blog with a Gameboy Camera, the long-gone, short-lived peripheral that produced grainy black and white photos.

"It's for trolling people by giving them the worst coverage I could possibly give them," he says, laughing as he explains why he's using the ultimate low-res camera at a show where other professionals are using high-end gear to capture toy photos. "I know people are doing really great coverage. I thought, what can I do that's different or fun? Half the time all I'm doing is keeping myself entertained. No one else cares, but I'm having a good time."

Pawlus has a wry, self-deprecating sense of humor, and with a full weekend of appointments and recon for his blog, he's definitely not bored. But after nearly 25 years in the business, he's pretty much seen it all and predicted half of it. He's been working for Entertainment Earth since 2002, but even before then, he was chronicling the industry with a DIY email newsletter that he started when he was still in high school.

"I can tell you the exact date I started it, because it was a bad day: My dad lost his job August 1, 1995," Pawlus says. "That was a week or two after the new Star Wars action figures came out and I was like, 'Aw crud, I've got to come up with a way to make money to afford these things.'"

There are only so many job opportunities for a teenager, and none of the standard options seemed all that appealing to him. So he decided to be entrepreneurial. With a dial-up modem, a brain filled with sci-fi facts, and an early understanding of the message board system Usenet, he set out to monetize his expertise on Star Wars toys.

The big rumor of the day in his corner of the fractious internet was that Kellogg's was offering a mail-in coupon for a Han Solo figure on boxes of Froot Loops. Scrupulous even then, he tagged along with his dad on a trip to the grocery store, wandered down to the cereal aisle and scoped out whether Toucan Sam was tempting kids with Star Wars toys. The Han Solo coupon was indeed right there on the back of the box, so once he got home, Pawlus posted his findings on Usenet. It was still years before any kind of digital camera was widely available, so his fellow nerds had to take him at his word, and a few put so much faith in him that they signed up for his freshly created email newsletter.

The newsletter lasted about five years and topped out at over 5,000 subscribers, a solid number on a fractious internet that long predated any sophisticated marketing or promotion tactics. It was influential enough in the niche market that toy companies bought advertisements from a high school kid — he was making $800 a month, which bought plenty of those Star Wars toys and a Sega Saturn — and it turned into magazine writing jobs and consulting gigs within the year.

After college, he went to work full-time for Entertainment Earth, and over nearly two decades, he's observed (and helped fuel) an explosion in the toy industry, including an adult consumer art market for meticulously crafted action figures and statues.

Pawlus is particularly excited by some of those figures, and as we walk around the floor, he admires the sculpts made by Super7 toys, which he says "have the best designers around" right now. They mix clever nostalgia and meticulous attention to detail, and Pawlus is a sucker for '80s throwback figures. (It seems like every company is making He-Man and the Masters of the Universe toys with vintage packaging right now, for what it's worth.)

Much of our tour is focused on the really high-end designer toys, with faces that look uncannily like the actors who play their respective superheroes. Prices run anywhere between $75 and $300 for a collectible statue, many of which are variations on the same few characters, with Batman receiving by far the most iterations. These are generally bought by fervent collectors or guys looking to outfit their man caves (a term Pawlus hates), and while sales are still brisk, he does have concern about the future.

"My big worry is that eventually they have so much stuff they feel they don't need any more, because there are constant improvements," he says. "Just the other day, Hasbro showed off new amazing face-printing technology for Jeff Goldblum and Michael Pena figures for the Marvel movies. It's so realistic and so amazing ... but, if you already have two thousand Marvel figures do you need 2002? I think that era of a completist [collector] is pretty much over." 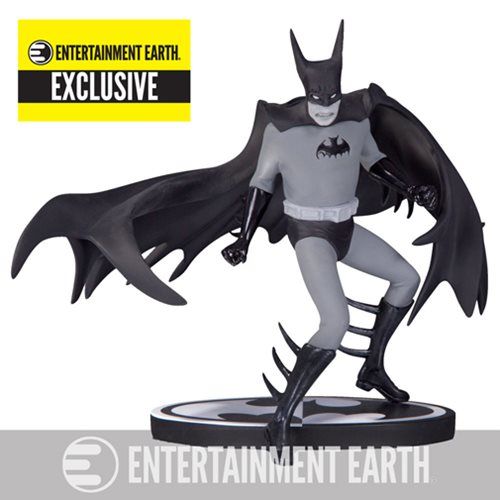 Similarly, the glut of Star Wars toys — his own personal bread and butter and the focus of his blog, GalacticHunter.com — and the imminent end of the Skywalker movie saga gives him a bit of trepidation about the future of that market, as well. The rise in prices on toys that began with The Phantom Menace has driven some children out of the market, with impulse buys on action figures a thing of the past. Now, there are more discerning customers, and the hype cycle for new releases, a product of both natural excitement and marketing strategy, starts to wear thin and gets costly.

"When you're trying to sell toys of a movie people haven't seen yet, and people line up at midnight for characters they don't know, for a movie they don't know if they will like... You can do it once or twice," Pawlus says. "Every year, it's another line and I think that has driven a lot of people away. Because they're like 'Well I bought Constable Zuvio, but why did I buy Constable Zuvio?' At least if you bought him after the movie, you wouldn't feel like a sucker."

(A note to JJ Abrams: Don't cut characters from Star Wars movies if there are already toys of them being sold.)

Hasbro reported lower sales for toys connected to 2017's The Last Jedi, and though the company's CEO admitted to putting toys on sale too early, the batch for Episode IX will still go on sale on October 4th, months before the film's premiere.

Pawlus's presence on the internet and status as a long-time Star Wars toy expert — he's got over 2000 of them in his Arizona home — gives him insight to what the fans really want. He tries to give feedback when he's shown early models from companies like Hasbro; he told them, for example, that no one was going to like a weirdly sized Millennium Falcon from the Solo line. They didn't listen; the toy flopped.

"The fandom and passion is off-putting to a lot of people," he says. "I have an opinion about Star Wars, whether I'm right or not. I think I'm often more in a position to say 'you should make this, you should make that' than they are. I see stuff sometimes where I'm like 'this is boring and I don't want any of it,' and I love Star Wars."

The nature of the business is such that he can only advise, and so reservations about individual products or timing aside, of course Pawlus will carry the Star Wars toys. He tries to stock at least a little bit of everything at Entertainment Earth, hoping to serve collectors and fans looking for rare or extremely niche items. That means lots of those Batman statues, but some more off-beat and independent stuff, too.

"I ask a lot of fans a lot of questions and I like to see what they like," Pawlus says. "They're not always right. With the hardcore guys, they get bored by things and then they end up being huge sellers, because it's good for an entry level person."

There's also a risk-reward element to the business. For every handful of anime shows that sell zero merchandise, you find a Yuri on Ice!!! or My Hero Academia, absolute blowout hits that inspire kids across the country to beg their parents for new toys. Sales data has its place in his acquisitions strategy, but much of his decision-making is driven by experience and gut instinct. And while he can't tell manufacturers what to make, he can load up on toys that his hunch says might hit. Toys like Yellies, plush spiders that crawl when children yell at them. They weren't on anyone's radar, and became a huge hit last winter.

That one was a bit of a gamble, because it's becoming increasingly difficult to sell toys to little kids — the big margins are in apps, and with Toys 'R' Us out of the picture, a big entry point for discovery is now unavailable. The big retail's demise could wind up helping Entertainment Earth, but it's mostly a bummer to Pawlus — beyond any business concerns, he just loves toys.