Pick a date, any date. The answer is still “nope.” Credit: Dean Reeves, used by permission, annotated by Phil Plait

Oh, ridiculous and utterly wrong conspiracy doomsday theories. Will you ever die?

Probably not. Even ones long dead rise, zombie-like, to eat people's brains.

So it's no surprise that the newest one is, paradoxically, an old one. The claim is this: The Maya calendar predicts the end of the world, you see, and due to an incorrect calendar conversion it wasn't on 21 December, 2012, as originally thought, but actually on 21 June, 2020. This weekend.

First off, the Maya never predicted the end of the world. That whole 2012 stuff was wrong from the get-go. The Maya calendar, it was said by doomsday mongers, ended on 21 December 2012, and the Maya believed the world would end on that date.

You can’t make this up. Oh wait, they did: I saw this magazine in late 2012. Credit: Phil Plait

Except their calendar didn't end then. They had units of time they counted, just as we do. They didn't use weeks and months and years, but it's the same idea. It turns out that on 21 December 2012 one of their big units rolled over, similar to our date of 1999 turning into 2000. So it's like a new decade or century, that's all. There's some interpretation that they celebrated such things (as we do at midnight 31 December every year), but nothing that indicates they thought the world would physically end.

And what if they did? Lots of cultures have end-of-the-world stories, and in the history of humanity not a single one has ever been right. So why think this one will be?

I predicted at the time that we hadn't seen the end of this conspiracy theory, and of course I was right.

This time, various "news" venues are repeating a story that scholars got the date wrong, and the actual date is next week, on 21 June. They say that a scientist, Paolo Tagaloguin, tweeted about this. In these tweets (since deleted, they claim), Tagaloguin says:

Here's the thing: This is wrong. The Gregorian calendar does not lose 11 days per year! Basically, the Julian calendar, which was widely used a long time ago, didn't account for leap years very well, so hundreds of years ago countries started switching to the Gregorian calendar, which does a better job (though it's a little complicated). When they did, the calendar had to jump forward a bunch of days to compensate for days missed— usually about 10 or 11 days — but it was only done once. Not every year. So the claim that somehow 8 years have been skipped is wrong.

Second, that doesn't matter anyway, because the 21 December 2012 date was converted from the Maya calendar to the Gregorian one in the first place. So there's no reason to even bring the Julian calendar into this. It doesn't make sense.

I looked up the scientist quoted in these articles, and there is no such Twitter account I could find; either it never existed or it was deleted. There are some hits for that name, but nothing I can find that relates to the Maya. Perhaps there were tweets about this from this person, but were deleted when they realized they had screwed up … ?

Also, the tabloid articles all seem to link to each other, making it difficult to track down primary info. Some quote the UK tabloid the Daily Mirror, but the links never work and a search on their site yields no results for Paolo Tagaloguin. I searched on "maya calendar june 21" and got a result, but clicking the link gives a "no such page" error.

So there you go. Nonsense built on nonsense is still, well, nonsense. The Maya never predicted the end of the world, there's no physical basis for it, and, tellingly, the new claims are just wrong. 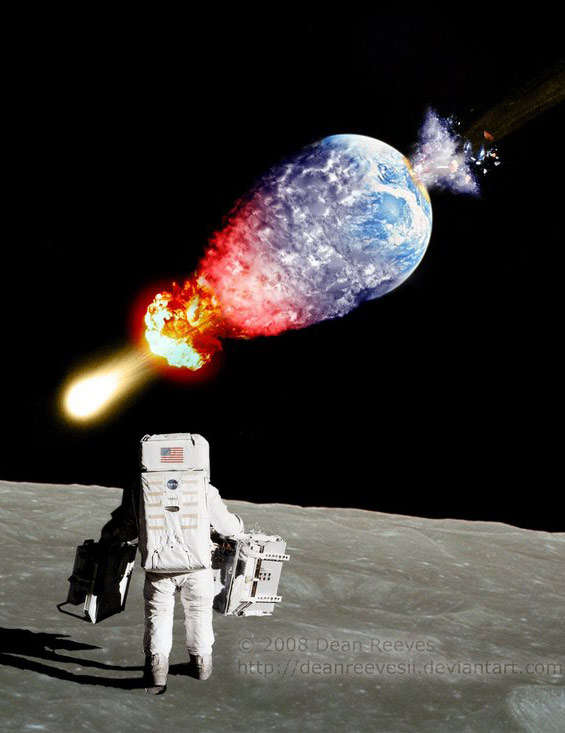 … and I feel fine. Credit: Dean Reeves, used by permission

I'll note it irks me greatly that not one of these venues bothered to look up what the Julian and Gregorian calendars mean, or ask someone who might know. But then, they're promulgating long-debunked conspiracy theory claptrappery, so perhaps fact-checking is discouraged.

I mean, come on. If you're worried about the end of the world, then <waves vaguely in every direction>. There's no need to make up stuff when there's plenty to worry about right now that's real.

And that stuff is something we can, at least, try to fix.

It's a fan thing
Join SYFY Insider to get access to exclusive videos and interviews, breaking news, sweepstakes, and more!
Sign Up for Free
All Posts About
Features
Science
Bad Astronomy
Doomsday
Mayan
debunking
Related Stories