Coming in the wicked wake of Halloween, Marvel Comics is delivering a chilling new four-issue anthology featuring our favorite clawed mutant crusader in a special miniseries titled Wolverine: Black, White & Blood, with an all-star lineup of creative talent crafting Logan stories accented in a stark black-and-white format streaked with a splash of bright red ink — and SYFY WIRE has an exclusive preview of the debut issue arriving Nov. 4.

Over his long existence, Wolverine has been called by numerous names and experienced many different lives. Each razor-sharp issue of Wolverine: Black, White & Blood is fortified by a tantalizing trio of transformative stories occurring during various moments in Wolverine's extended life. 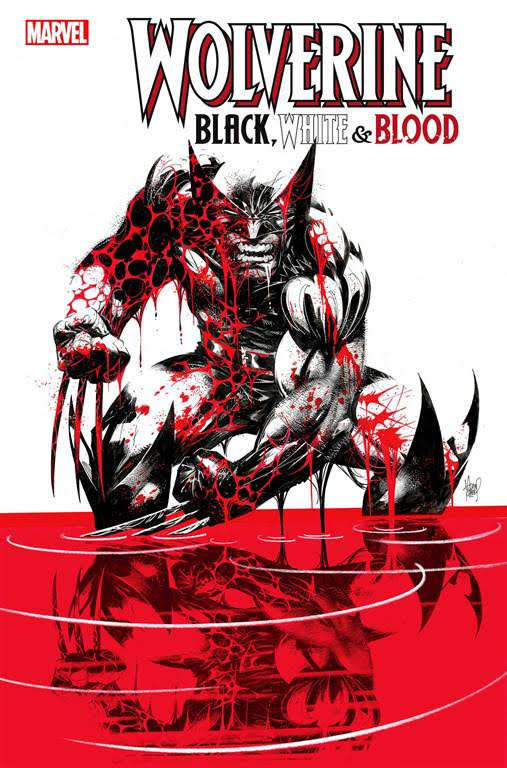 In the dynamic premiere chapter, we head home to the notorious Weapon X program with the imposing duo of writer Gerry Duggan (Savage Avengers) and artist Adam Kubert (Weapon X), and a startling new revelation from Wolverine's fractured memories.

Then join Matthew Rosenberg and Joshua Cassara on a daring deep-cover superspy mission from Wolverine's interesting interactions with Nick Fury. And finally, trek into the wilds with writer/artist Declan Shalvey as Logan discovers himself caught in the crossfire of a lethal trap!

"I'm happy to have collaborated with Adam on an immortal Wolverine story," Duggan tells SYFY WIRE. "His work is always amazing, but he's never better than is in Wolverine: Black, White & Blood. I sent him a couple of thoughts, and then these pages poured out of his soul and into the ink. It was a pleasure to assist him in bringing this one into the world. We left a deep scar on Logan, and we hope you love it."

“I can’t stress how exciting it is getting all of these pages from the absolutely killer level of talent assembled for this book," says series editor Mark Basso. "It’s become a hype cliché, but you’ve really never seen anything quite like this from Marvel Comics. And you’ve only seen a fraction of the first issue …”

Now slice into our 6-page peek at Marvel's Wolverine: Black, White & Blood #1 in the full gallery below!

Will the What If...? Disney+ series go as dark as the comics? We hope not