Real Space Force chief's one piece of advice for Netflix's Steve Carell: 'Get a haircut'

Netflix's out-of-this-world workplace comedy Space Force hasn't even launched yet, but now the silly show that accidentally mirrored real developments in the government has already gotten something wrong from its real-life source material. Or, at least, that's what the real head of the U.S. Space Force says. And "head" is the operative word here, because U.S. Space Force Chief of Space Operations Jay Raymond's primary note for Steve Carell, who plays his doppelganger Mark R. Naird, is that he isn't bald enough.

Raymond spoke during a Space Foundation webinar, according to Space.com, and addressed the comedic riff on his entire military branch by pointing out that while he is very bald, Carell is boasting a silvery head of hair. 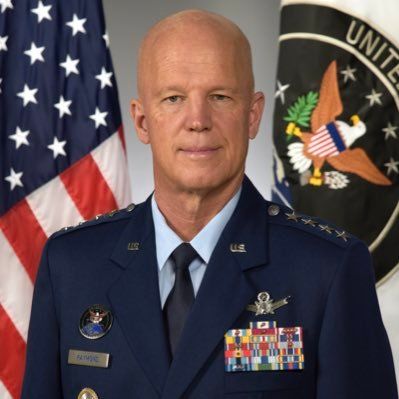 "The one piece of advice I'd give to Steve Carell is to get a haircut," Raymond said. "He's looking a little too shaggy if he wants to play the Space Force chief."

During today's #AskSpaceForce webinar, our panelist were asked what advice they have for @SteveCarrell, @SpaceForceCSO says "Get a haircut" pic.twitter.com/iZgxIv5DvY

The show, co-created by Carell and Greg Daniels (The Office, Upload), Space Force has already jabbed at the real-life wing of the armed forces with an explosive first trailer. Raymond avoided addressing politics (or the hilarious incompetency on display) by sticking to casting decisions. Why not cast a bald actor to play the bald general's analogue? For that matter, why not cast one famous for leading a spacebound film?

"I was hoping for Bruce Willis," Raymond said. "But Steve Carell's a great actor, and, I tell you, I love his shows. So, we're looking forward [to the new series]." Hopefully the real Space Force will be closer to The Office than Armageddon — with maybe a little bit of The Fifth Element thrown in for flavor. If nothing else, UFOs are certainly the hottest new topic in the government.