In the early 2000s, zombies hit big. 28 Days Later and the remake of Dawn of the Dead gave the genre new life, and let us not forget the ever-watchable Shaun of the Dead, the film that brought Simon Pegg and Edgar Wright into the mainstream (at least in the states).

Despite the success of those films, there was some suspicion that public fascination with zombies would dry up. After all, how much is there to say?

Then, toward the end of the decade, in 2009, Zombieland came along and reminded us zombies could still be fun. A year later, The Walking Dead premiered on AMC and zombies were off and running — er, shambling — again.

In the long-awaited sequel, Zombieland: Double Tap, it's been a decade since we first met Tallahassee, Columbus, Wichita, and Little Rock and, so far as anyone can tell, zombies aren't going anywhere.

Still, the genre has evolved, and Zombieland: Double Tap seems acutely aware of that. The sequel no one thought we'd ever get is self-aware and self-referential. It digs at itself, making tongue-in-cheek comments about how dated elements of it have become. Even the new characters are mirror images of the old guard. It seems to be screaming at you from the other side of the screen, "you know what to expect, you've seen it all before."

Even the characters have become complacent about the threats surrounding them. It's just another day on the zombie-killing farm.

That is, until, a new sort of ghoul emerges. See, the zombies have evolved as well, at least some of them. Lovingly dubbed T-800s, they are smarter, faster, and harder to kill.

We've written before about how a zombie horde could feasibly rise up, but Zombieland: Double Tap forces a new question: Could zombies evolve?

THE EVOLUTION OF VIRULENCE

There have been as many explanations for the emergence and spread of the zombie plague, as there have been stories. For our purposes, we'll treat it as a disease, and one that must be passed on via direct contact.

Zombies are, from a certain point of view, just viruses writ large. So it's appropriate that a virus would be the likely method of transmission. Like zombies, viruses move through populations of cells, infecting them, taking them over, and converting them to their purposes. As a result, more viral cells are created and the cycle continues until the host is dead or the pathogen is wiped out. On a micro-scale, a viral infection might look an awful lot like an uprising of zombies.

But it doesn't do a virus any good to be too virulent. If it's too effective, too good at its job, it kills the host before it has a chance to spread. That sort of behavior would be a bad strategy for any virus hoping to extend its life beyond the current host. Instead, a virus has to reach a sort of equilibrium, maximizing its chances of spreading, and there are a lot of factors that go into that. Most important among these is the transmission vector.

If a virus is airborne, passed along via exhalation and inhalation, it may not have to concern itself too much with how long the host lives. The likelihood of finding a new warm body for its offspring is high. But for something like the classical zombie infection, which commonly requires direct mouth-to-flesh contact for transmission, it's in the virus's best interest to keep the host mobile.

The good news (for viruses, not for us) is that these pathogens reproduce quickly and can go through many generations in a relatively short time. With every generation is an opportunity for adaptation — and we see viruses changing their behavior to suit their environment.

We see an excellent example of this in the myxoma virus which was released in the '50s in Australia, the land that Death calls home.

Similar to smallpox, myxoma (MYXV) was being trialed as a way to control runaway rabbit populations when it escaped the test sites. In just six months, the virus had spread to cover a million square miles. And when scientists saw the results, the virus was then deliberately released in other areas, and subsequently, the rabbit population was reduced by 90 percent.

While farmers were overjoyed, it must have been a nightmare for the rabbits. MYXV was a horrendous disease, causing swelling throughout the body and lesions on the skin. Infected rabbits died within two weeks.

What's interesting, from a virological perspective, was what happened next. Facing a shrinking population, the virus responded by becoming less lethal. The aim, if a virus can be said to have one, is to extend the lifespan of the host, thus extending the possibility of transmission.

We might expect a similar virus-host relationship in the years following a zombie outbreak. In the initial weeks and months, a zombie virus could get away with high virulence, especially in urban settings where humans are tightly packed. In the intervening years, as the human population dwindles and hosts become scarce, the virus could be expected to adapt to the new circumstances.

Its goal (again, if a virus can be said to have one) would be to increase the odds of transmission to a new host by leaving the host fitter, longer. One way it could do this is by becoming less lethal, or minimizing the ways it inhibits the host. As such, you might begin to see zombies that retain more of their human attributes, like increased speed and intelligence.

But could the virus actually "improve" zombies and give them attributes in excess of the human standard? 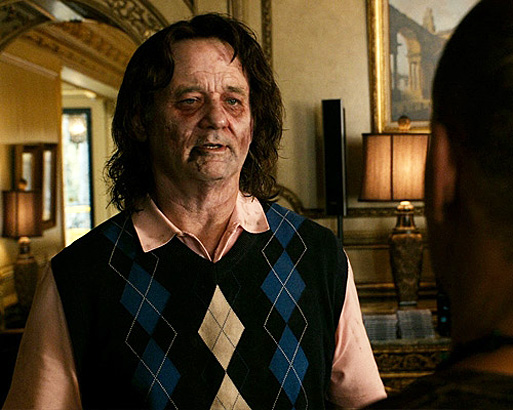 We often think of disease as something wholly negative. A disease is a silent killer; it lays low, building its arms for an attack you never see coming. By the time you know you're sick, it's too late. The virus is calling from inside the house.

But viruses are apathetic, they have no agenda aside from propagating themselves. They know nothing of the consequences they cause to the host.

In fact, there are scores of pathogens that have no real impact on the host. Your body is riddled with viruses and bacteria that live on the surface and inside of your body all the time, and you don't even notice.

Moreover, there are viruses and bacteria that are beneficial to human beings. There is some evidence that viruses present in mucus layers kill harmful bacteria, protecting us from their ill effects.

Viruses, for their part, do even more than that. They've existed for roughly 1.5 billion years and evolved along with us all that time.

Ancient viruses that infected our long-ago ancestors remain with us even today, at least in part. At current, about 100,000 genetic pieces of those ancient viruses live inside our DNA.

Most of them are dormant, inactive memorials of viruses long past. But some of them play an active part in our lives and a study published in the journal Nature suggests they might play an active role in fetal development, protecting embryos from other viruses.

It's almost as if these old enemies have been converted over to our side, and now fight for our very survival when we're at our most vulnerable.

That's pretty impressive for something that isn't even truly alive. The capabilities of viruses seemingly know no bounds, there's no telling what they might do in whatever amounts for the future. We can only hope it doesn't involve ravenous walking corpses.

It's a fan thing
Join SYFY Insider to get access to exclusive videos and interviews, breaking news, sweepstakes, and more!
Sign Up for Free
All Posts About
Features
Movies
Science
Science Behind the Fiction
Zombieland: Double Tap
zombies
Related Stories

Now we know why whales don't get brain damage while diving

'The Skeleton Key' director looks back on 2005 film