August is here, which means incredibly hot temperatures in much of the United States. The end of summer is coming, but it's not here yet — we have cooler temperatures to look forward to, but for right now we're stuck in the dog days of summer. The good news is there are still plenty of days left to spend on the beach or by the pool with a great book.

These six YA novels are perfect to take with you on that end-of-summer vacation. Each of these books will keep you hooked as you read about mysterious estates, remote islands, family curses, and even superhero prisons.

Did we miss a young adult book release you're looking forward to in August? Let us know in the comments.

House of Salt and Sorrows - Erin A. Craig (August 6)

A curse hangs over the Highmoor estate, where Annaleigh lives on a remote island with her sisters, father, and stepmother. There were once twelve sisters, but now four have died thanks to the curse, leaving behind eight. Annaleigh isn’t sure what to make of her sisters’ deaths — all seemingly terrible accidents — but when she starts receiving visions, she becomes convinced that they were no accident. As she starts to probe into what may have happened, she must race to save her own life as she becomes the curse’s next target.

Containment is the sequel to Sanctuary, which comes out in paperback this month, so that gives you the chance to grab both of these books. These stories are part prison thriller, as the main character Kenzie works as a prison guard that houses a community of superpowered teens deemed unsafe. But when there’s a riot, and Kenzie is captured, she doesn’t realize that there’s an even bigger threat coming at them from the outside, and they will have to band together in order to survive. Now, the sequel picks up where Sanctuary left off and promises another fantastic space adventure. 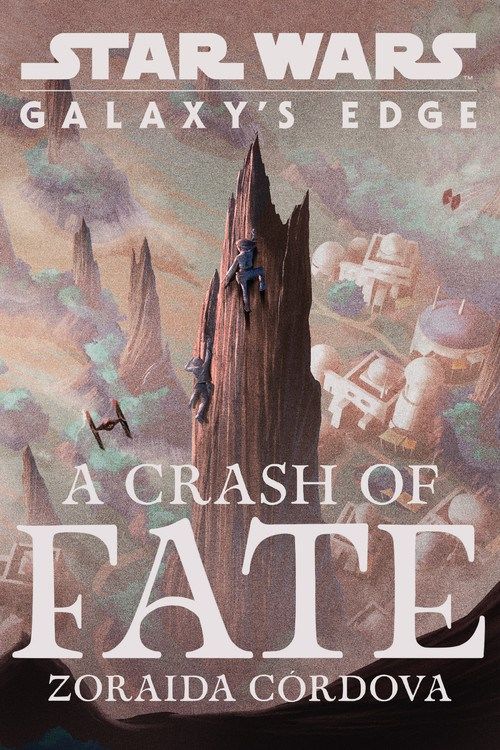 You may have seen my recommendation for Black Spire, Delilah Dawson’s adult novel that ties into the new Star Wars: Galaxy’s Edge theme park. But don’t worry, there’s a YA offering as well from none other than the amazing Zoraida Cordova. This novel is set on Batuu, about two childhood friends, Izzy and Jules. Izzy leaves Batuu without even saying goodbye, but when she returns years later as a smuggler, there’s an instant attraction between the two. Izzy doesn’t want to drag Jules into her new, dark life, but can she resist the allure of home?

I often wait for the last book in a series to come out before I read it — otherwise, I have a terrible memory and often forget what came in previous books and am lost when picking up sequels. That’s why I was excited to discover that The Last Hope by twin sisters Krista and Becca Ritchie is the last book in a duology — it means I can pick up both at once and do some binge reading. The first book The Raging Ones is billed as a sci-fi romance novel featuring three very different teenagers who are forced to flee their planet in order to survive.

Dead sisters aren’t exactly a hopeful theme, but it seems to be something a few August releases have in common. In All the Bad Apples, Deena is mourning the loss of her older sister Mandy, who is missing and presumed dead. But Deena thinks she’s still alive, especially after Mandy begins writing her letters about a family curse. Is there such a thing, and could Mandy still be alive? Or is there something more otherworldly going on here?

This debut fantasy novel features Nor, a young woman who is unable to set foot on land because of a childhood accident that scarred her. She must watch from afar, unable to fulfill her dreams, as her twin sister Zadie is betrothed to the crown prince. But when Zadie is injured, Nor must go in her sister’s place. Bright-eyed and eager to experience something new, Nor is unprepared for the intrigue at court and she must endeavor to learn how to navigate and solve a mystery that seems to be at its heart.

How 'Interview with the Vampire' is different from the book

The 9 most sympathetic TV vampires