One of our most anticipated books of February is the new tie-in novel to the hit series Star Trek: Picard called The Last Best Hope. While we don't have many details on what this book will cover, we know that it's a prequel novel. That means there's a good chance it will fill in the details on everything we don't know about the Romulan supernova, Jean-Luc's role in commanding the rescue armada, the synth attack on Mars, and Picard's eventual resignation from Starfleet.

We are terribly excited about this new book, and we were excited to have the chance to ask author Una McCormack, who's well known for her previous work on Star Trek books, about some books she'd like to recommend to FANGRRLS readers.

McCormack told us, "Last year, I was privileged to be commissioned to write an afterword for a reprint of Vonda N. McIntyre's first novel, The Exile Waiting (1975), a striking and original post-apocalypse with a fine young heroine as a lead character. While researching my piece, I found myself going back to some great feminist SF books from the last millennium. I've picked out five favorites." 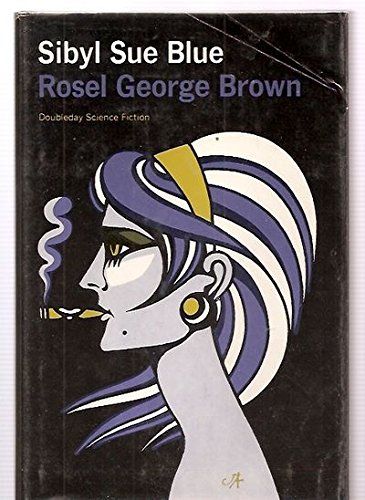 "Rosel George Brown was writing before the great explosion of feminist sci-fi of the 1970s. Sibyl Sue Blue is a riotously fun book with an appealing and unusual female lead. Sibyl Sue Blue is a widow, mother of a teenager daughter, and a police sergeant with a taste for cocktails and Thucydides. And she's always ready for action. Offered the chance to travel to the planet Radix, where her husband Kenneth was lost, years ago, Sibyl grabs the chance. Stiletto heel in one hand, gin and 'gin in the other, this is a fast, funny space noir thriller, and Sibyl is a deeply appealing heroine."

"Vonda N. McIntyre was at the vanguard of feminist SF, participating in key debates across conventions and zines, establishing the writers’ collective The Book View Café, and writing SF novels of great intelligence with skilled and pared-down prose. McIntyre's best-known novel, Dreamsnake (which won the Hugo, Nebula, and Locus Awards), is set on a post-apocalyptic Earth, a follows a healer, Snake, attempting to replace her lost 'dreamsnake,' a small snake whose ability to induce hallucinations aids the healing process. This is a vividly imagined novel, a unique vision; McIntyre's world-building is consummate, and her prose finely wrought. It's a great introduction to her work — and there are other treasures to follow, not least the wonderful space opera series, Starfarers."

"Mother, an alien from Verna III, is brought to Earth by Father, and produces a large number of daughters, who possibly semi-divine and certainly very long-lived and talented. As these daughters have daughters, and the world around them takes a turn towards the misogynist and oppressive, Mother’s clan, now numbering in the thousands, decides to take off for a world of their own. Daughters of a Coral Dawn is a playful (and sexy) retelling of a staple of feminist SF: the lesbian separatist enclave — and what happens when men come knocking at the door."

"Bellwether is a novella about chaos theory, anarchy, and the unmanageability of humans, and yet it is nevertheless perfectly constructed by a writer at the height of her powers, the sort of book that you read in awe at the skill involved and put down thinking, 'I wish I could do something like that!' The protagonist, Dr. Sandra Foster, is a sociologist whose employer, 'Hi-Tek,' wants to know how to predict fads. Sandra doesn't have a clue either, but it's not for want of trying. This is a sharp, funny book that neatly skewers the pretensions of SF and insists on the essential unpredictability of humans and the transformative power of kindness in everyday life."

"Lore was born rich. And now she's poor — kidnapped, robbed, and dumped, and trying to get by in the slums of a near-future city. How many novels combine recreation of future sewage farms with meditations on selfhood, and how much of our essential self can survive life-changing experiences? This is a truly great SF novel, fully imagined down to the slightest details of the world Lore inhabits, unlike anything you will have read before."