Important Toy News: It's a marvelous week to be a Marvel fan and toy collector with games, toys, and Funkos galore

What a marvelous week in toy news it's been — quite literally! Marvel toys were getting announced left and right, stealing that twinkling, shiny money out of our pockets faster than some cool rainbow gems fly into the Infinity Gauntlet.

Join me, your resident, if not favorite Toy Journalist as we get ready for the holidays with one of the world's favorite pop culture staples of all time. And get thirsty friends, because we're taking it to the wrestling ring.

While Funko is super famous for its Pop! vinyl toys, it's not the only amazing line it has. Another incredible beauty are the Vinyl Soda Figure toys. The angle here is that these awesome 4-inch vinyl toys come inside a soda can with a (get this) collectible Pog.

There are tons of franchises within the Vinyl Soda line, but today since we are celebrating Marvel we are giving some love to the newly announced Luchadores Vinyl Soda Spider-Man and Luchadores Vinyl Soda Hulk figures! Both of these are amazing homages to the sport and only cost $12.99. They are shipping in March 2021, so order yours today!

FALCON AND THE WINTER TOY SOLDIER

But speaking of Funko and Pop!s, we can't move on without giving some love to the newly announced Marvel Pop!s of the week.

Funko is showing off brand new Pop! vinyl figures from upcoming Disney+ miniseries The Falcon and The Winter Soldier. There are three coming from this first wave, all standing 3.75 inches tall. While we have to wait to see this new Marvel story unfold, we can at least purchase Pop!s of The Falcon, The Winter Soldier, or Baron Zemo. They cost $10.99 and will ship in January 2021. 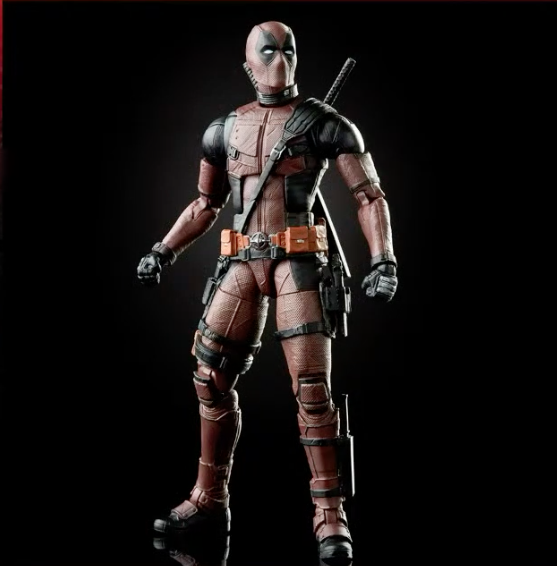 Love Deadpool but keep missing your opportunity to snag one of your own? Then check out this awesome new Marvel Legends Deadpool Amazon Exclusive. This specific version of the smart-mouthed superhero is from Deadpool 2. In Marvel Legends tradition, he stands 6 inches tall and features multiple points of articulation. It also comes with four pairs of hands and many weapons. You can preorder Deadpool today for $24.99 and he will ship in March 2021.

One of Spider-Man's original amazing friends is on her way in Marvel Legends form! You know her, you love her, and she's bringing along her dog Miss Lion. Have you guessed who it is? Why it's Firestar, of course!

The 6-inch action figure has alternate hands, an alternate head, a dog, and fireblast accessories. Seriously, this is pretty amazing. The packaging has an animation-inspired backdrop. Watch as Angelica Jones soars into battle harnessing the power of microwaves to combat evil as Firestar. She costs $20.99, ships in January 2021, and is available for preorder today.

The freakiest and most intense-looking action figure of the week goes to this new M.O.D.O.K action figure. Can you believe how grotesque this creation is? Good on Hasbro for doing him justice.

M.O.D.O.K. (an acronym for Mental/Mobile/Mechanized Organism Designed Only for Killing) is a former employee of Advanced Idea Mechanics (A.I.M.), an arms-dealing organization specializing in futuristic weaponry. That's one hell of a backstory for one mighty toy. You can preorder him today for $49.99 and he will ship in May 2021. And if you need an A.I.M. Trooper to go with it you can pick one up today from Hasbro Pulse for only $14.99 — it is in stock now.

Did you know that your X-Men collection needed more action figures? Well, make space on that shelf because Hasbro just announced an entire wave from X-Men House of X and Powers of X! The figure line is mostly predictable by fan standards, but this isn't necessarily a bad thing. The wave includes Wolverine, Cyclops, Jean Grey, Professor X, Moira MacTaggert, Omega Sentinel, and Magneto. The Moira figure is the one in this line that is a little off the cuff, and she even comes with options to change her outfit.

This X-Men wave is female-figure heavy (which is awesome to me) and the Build-a-Figure is the Tri-Sentinel. You can purchase each figure by clicking on their names above and they will ship in April 2021.

We're nearing the end, my toy-loving friends, and we're going to wrap up this Marvel Roundup with some board games!

First up is the Big Daddy of tabletop games with Ravensburger's Marvel Villainous: Infinite Power. In this game, each villain follows a unique path to victory and uses different abilities to face other villains and mighty heroes from across the universe. Choose to embody Thanos, Hela, Ultron, Killmonger, or Taskmaster and then move to different locations within your domain — all while dealing twists of fate to your opponents from a shared fate deck. This game costs $34.99 and can be purchased today via Amazon.

Funko Games is getting ready for battle — Marvel Battle, that is. The Marvel Battleworld collection is growing and now the Battle Ball and Mega Pack is growing to include the much-anticipated Thanos Ship Showdown.

Via Funko Games, "This ship has battle-damage tracking, and doubles as a clever dice tower — bringing an exclusive Thanos character and his brutal flagship into the fight! Stop Thanos as he tries to distract and defeat the Heroes!" Plus, clip on the new Travel Portal to carry a favorite hero anywhere. You can check out the entire Marvel Battleworld stock on Amazon today to buy the game and expansions. 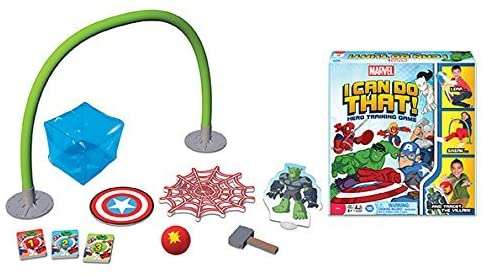 A TOY FOR KIDS

And last but not least — let's give the little-little kids some Marvel gaming love from Wonder Forge. I have kids and you might have kids too, so having game options for them that won't turn their little minds upside down is always a great thing.

Available right now on Amazon is a Marvel Matching Game for $9.74 (cut and dry, but the illustrations of these characters done for kids are super cute) and a game called Marvel I Can Do That for $21.99. The game provides iconic Marvel accessories (Thor's hammer, Captain America's shield, Spider-Man's web) and the goal is to defeat The Green Goblin. You flip a card and once your little one is called to action, they say "I can do that!" and perform the activity. It's super cute, superhero-inspired, and will introduce your little ones to cooperative gameplay, which always gets a thumbs up from me. And I know that these days, all of us are looking for something new and fun to do with our families!

All Posts About
Features
Games
Collectibles
Funko Pop!
Important Toy News
board games
toys
You May Also Like
Recommended by Zergnet
Latest on SYFY WIRE