What is Ant-Man's future after Avengers: Endgame? Marvel Studios has been pretty mum about where many of its established characters will go after the defeat of Thanos, but Kevin Feige did drop a small hint about Scott Lang while speaking with The New York Times.

"The chess pieces were arranged very purposefully after Endgame. Those that are off the board are off, and those that are still on, you never know," Feige told the outlet, which ran a lengthy profile on Lang's real-world persona, Paul Rudd.

While it's not endorsed by Disney or Marvel at all, there is a great proposal for where the third Ant-Man movie could go from the YouTuber known as "Nando v Movies." Their idea finds some really organic and creative ways to introduce Eric O'Grady (another character from the comics to don the Ant-Man suit) as well as M.O.D.O.K. into the Marvel Cinematic Universe. It makes for a really cool "What If?" watch.

Rudd's next genre project will be Netflix's Living With Yourself (premiering Oct. 18), a dark sci-fi comedy where he plays a man who is unwittingly cloned. He'll also be entering the Ghostbusters universe next summer with Jason Reitman's sequel to his father's first supernatural follow-up, 1990's Ghostbusters II. Not too long ago, Ivan Reitman revealed that Rudd's character is "a seismologist, who's come to this small town because they've been having mysterious earthquakes. He's also teaching summer school there, and he's extraordinarily funny."

When asked by the NYT if he'd be strapping on a proton pack by the end of the next Ghostbusters flick (in theaters July 10, 2020), Rudd cheekily shot back with: “It remains to be seen what I strap on,” Rudd said. “I’m not giving you anything."

Per The Hollywood Reporter, Apple has won a holly jolly bidding war for the rights to a musical adaptation of Charles Dickens' A Christmas Carol from Ryan Reynolds and Will Ferrell. The film will star both comedic actors and be directed by the Daddy's Home duo of Sean Anders and John Morris. Based on THR's report, "Terms of the deal weren’t disclosed but sources say that Apple moved aggressively as it seeks to make an impact in the original features space."

Adapted and reimagined six ways from Sunday over the years, A Christmas Carol tells the redemptive story of Ebenezer Scrooge, a cynical and miserly old businessman who learns to embrace the bright side of life when he is visited by three ghosts on Christmas Eve.

Ferrell and Reynolds are both producing the project as well under their Gloria Sanchez and Maximum Effort production company banners.

Apple is preparing for the launch of its proprietary streaming service, Apple TV+, on Friday, Nov. 1.

Scott Stewart has tackled apocalyptic demons (Legion), futuristic vampires (Priest), and malevolent aliens (Dark Skies). Now he'll be taking on lonely spirits with unfinished business. According to Deadline, the genre filmmaker is writing and directing an adaptation of Laura Whitcomb’s 2005 novel, A Certain Slant of Light, for Amazon Studios.

A supernatural love story, the YA book centers on Helen, a ghost that's been haunting the same classroom for over a century. Her normal (and invisible) existence is interrupted when she realizes that an angsty pupil named Billy is able to see her. The two form an emotional relationship that signifies the novel's themes of "second chances and the things that bind us together in this life and beyond." 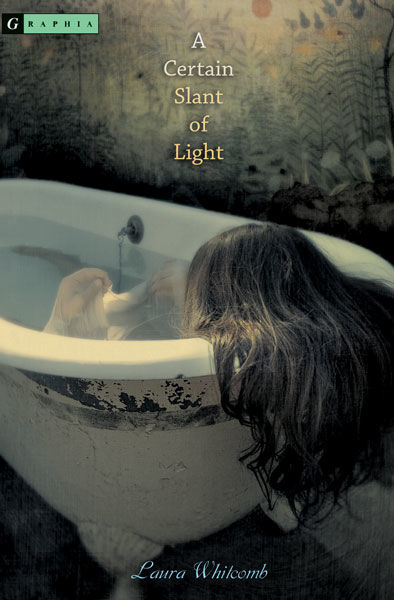 "I fell in love with Laura Whitcomb’s beautiful, deeply empathetic, and original novel the moment I read it many years ago and have dreamed of adapting it ever since," Stewart told Deadline. "I couldn’t imagine more perfect partners to join me in realizing that dream than Amazon Studios and Anonymous Content."