After 15 years, Robert Rodriguez is bringing one of his weirdest characters out of cinematic retirement for a surprise return in Netflix's We Can Be Heroes.

Shot in Texas last year, the comic-book-inspired film kicks off when a group of Earth's mightiest superheroes are kidnapped by aliens. As a result, the heroes' children must team up in order to save the planet from annihilation. When we first reported on the project, we compared it to the director's more kid-friendly fare like Spy Kids and The Adventures of Sharkboy and Lavagirl. Turns out we weren't too far off in our comparisons, because Taylor Dooley's Lavagirl will be making an appearance in We Can Be Heroes.

She's all grown up and has a daughter who is ... half-shark.

"[Dooley] looks incredible, like she stepped into her own sequel as Lavagirl. It's a big movie. It's a big cast. And it's gonna be it's super fun," Rodriguez told Entertainment Weekly, which put together an oral history on Sharkboy and Lavagirl in 3-D.

Using many of the same VFX techniques as Spy Kids 3-D: Game Over, Sharkboy and Lavagirl was about the two characters who team up with the young boy (Cayden Boyd) who imagined them to save the world. Taylor Lautner (the pre-Twilight star played Sharkboy), George Lopez, David Arquette, and Kristin Davis made up the cast.

The film was pretty much panned by critics and bombed at the box office, bringing in $71 million globally against a $50 million budget.

Adopting a Ghost Hunters-esque vibe, the E.T.-focused project tells the story of Carl Merryweather, a man who claims to have interacted with an alien (or "Skyman," as he puts it) when he was a child in the late '80s. His experience made waves in the media, and now, years later, an alien-obsessed Carl (played by Michael Selle) is trying for a reunion with his outer-space pen pal.

"I grew up in an era where the talk of UFO's, Bigfoot and the ‘Devil's Triangle' were all the rage and was inspired by the personal experiences from so many people not unlike Carl Merryweather,” Myrick said in a statement. "Whether you believe in the legitimacy of these accounts or not, they reveal a deeper human truth that I find quite compelling and speak to the notion that so many of us are searching for something greater than ourselves – and I'm excited to finally bring a little bit of that mystery to the big screen."

"I am thrilled that our team is getting the opportunity to work with Daniel, producer Joseph Restaino and the Skyman crew on this film’s release," added Nick Royak, senior manager of acquisitions at Gravitas Ventures. "Movies are supposed to fly in and beam up our imaginations, they’re supposed to poke and prod our wonder. Skyman does that from start to finish and capitalizes on the best parts of UFO lore." 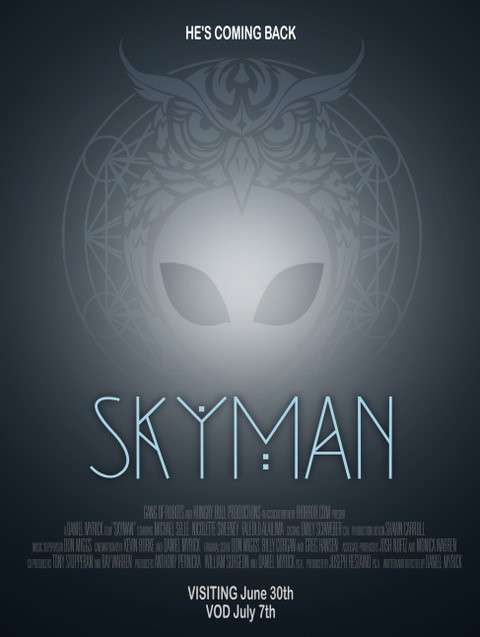 Less than a month after its wide launch, HBO Max has surprised subscribers with the news that its library of DC superhero films will be rotated out on a month-by-month basis.

ComicBook.com pointed out today that Justice League, Batman v Superman: Dawn of Justice, Wonder Woman, Suicide Squad, Batman, Batman Returns, Batman Forever, Batman & Robin, Catwoman, Jonah Hex, The Losers, and The LEGO Batman Movie have all been added to the "Last Chance" section of the service. All of those titles will be removed on Wednesday, July 1.

Aquaman, Shazam!, Joker, Green Lantern, and Supergirl are staying aboard, as a new batch of DC projects are presumably added to the catalogue. There's been no announcement of what they'll be.

Whether this strategy is meant to keep HBO Max feeling fresh or whether it's part of some plan worked out with DC Universe (which runs the risk of becoming obsolete), we have no idea. We're leaning toward the first theory, since most of the above-mentioned movies weren't on DCU to begin with.

HBO Max and DC Universe did not immediately respond to SYFY WIRE's request for comment.

It's a fan thing
Join SYFY Insider to get access to exclusive videos and interviews, breaking news, sweepstakes, and more!
Sign Up for Free
All Posts About
Movies
News
DC
Daniel Myrick
HBO Max
Robert Rodriguez
Skyman
WIRE Buzz
You May Also Like
Recommended by Zergnet
Latest on SYFY WIRE