Box office: DreamWorks' Abominable snowboards its way to No. 1 spot with $20.85M

Abominable, DreamWorks' latest animated effort that attempts to recapture the magic of How to Train Your Dragon, nabbed the top spot at this weekend's domestic box office with $20.85 million in North America. Globally, the film (which opened in theaters Friday) has ice-climbed its way to $29.7 million. Even so, that figure is more than $30 million less than the first weekend total for the studio's last theatrical release, How to Train Your Dragon: The Hidden World, which debuted back in February.

Inspired by classic films like Steven Spielberg's E.T., the family-friendly feature follows Yi (Chloe Bennet), a young girl who makes friends with a magical yeti she dubs "Everest." As it turns out, he's escaped from the government, which wants him back for further study. Yi decides to help her cryptozoological buddy get back to his mountainous home, and the two set off on an adventure across nature.

Directed by Jill Culton (a veteran of the animation world), Abominable is notable for its diversity, as it features an all-Asian voice cast voicing authentically Asian characters. Albert Tsai (Fresh Off the Boat), Tenzing Norgay Trainor (The Mick), Tsai Chin (Marvel's Agents of S.H.I.E.L.D.), and Michelle Wong (Fallout 4) are all part of the supporting players in the story. Sarah Paulson (American Horror Story) and Eddie Izzard (The Dark Crystal: Age of Resistance) round out the rest of the voices.

Now in its second weekend in theaters, Disney's Ad Astra (released under the 20th Century Fox banner) is continuing its epic galactic odyssey with another $10 million domestically. That being said, it wasn't able to hold the No. 1 slot for the second week in a row. To date, the latest effort from director James Gray (The Immigrant) has made over $34 million in North America and more than $89 million across the globe.

The Brad Pitt-starring feature is duking it out with Warner Bros. and New Line's It Chapter Two, which also made another $10 million this weekend, for fourth place. Helmed by Andy Muschietti, the Stephen King adaptation/sequel has scared up nearly $200 million domestically and $417 million worldwide. 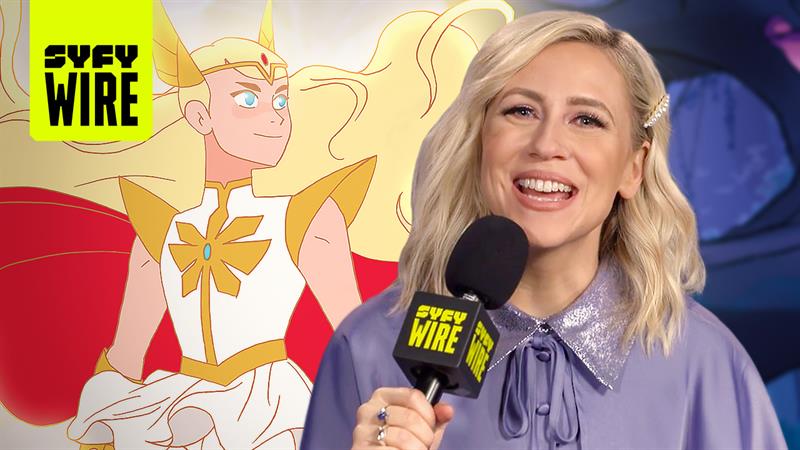