The Men of Steel: Superman actors hang out in a clubhouse, play basketball and bond

We've grown up with Superman. We've followed his adventures in the comics and on screens small and large for a long, long time — 80 years, in fact. But no one has devoted as much thought to the Man of Steel (and to Superboy, too) as the many actors who've played him over the years, those who've donned the cape, tapped away at that Daily Planet typewriter, or found just the right tone for both Clark's and Kal-El's voice.

Over the course of this week we're going to be talking a lot to the members of this elite group, including Brandon Routh (Superman Returns), Tom Welling (Smallville), and Dean Cain (Lois & Clark: The New Adventures of Superman), plus several Supes from previous generations. These guys have a lot of memories and, as you'll see, a lot of stories, too.

It's an elite club, playing Superman. Those who get to do it feel a special bond with each other, and when they have the opportunity, they compare notes, play games, and try to fly together. And we don't mean on a plane.

Let's back up a bit. Tim Daly and his son Sam used to play in a now-defunct Los Angeles basketball league called the NBA Entertainment League, balling alongside other creatives and celebs, including, as luck would have it, Brandon Routh and Dean Cain. (Routh was a forward, Cain was a guard, and the younger Daly was a shooting guard). "Sam is a great player," the elder Daly says. "But I am by far the worst player that's ever played the game. I would only play if Sam is on the court, so I can yell, ‘Where do I go? What do I do? What happens?' I have no defense and no shot. Pretty much, I just suck."

"Sam is a great basketball player," Cain concurs. "Tim, not as much."

So when Sam was offered a Superman voiceover gig a few years ago which would allow him to follow in his father's footsteps, the Dalys brainstormed an idea with fellow basketball player Ben Shelton: why not feature all the Supermen they knew on an episode of their web series, The Daly Show? The series, which Shelton writes and directs, already had a recurring Superman theme, given that Tim Daly plays an "alternate universe version of myself who is obsessed with having been Superman," he explains, "so it wasn't out of nowhere."

"They said, ‘We have this idea to induct Sam into this League of Supermen. Would you be interested?'" Routh says. "And I said, ‘Absolutely. Let's make light of this connection we have!'"

"They found a time when the three of them could get together, but I was stuck up in Oregon," Cain says. "So they said I could do my piece on my iPhone. I shot my little bits like I was trying to make the iPhone fly."

Together, the elder Supermen inaugurate the new Superman into their "club," the headquarters of which were at a three-story tree-house which had a tire swing (which helps for pretend flying). "I remember laughing really hard during the shoot because Tim almost fell off of the tire swing," Shelton says. "And when Tim tried to take off his shirt and reveal his Superman shirt underneath, that was hilarious!"

"It was like the He-Man Woman Haters Club from Little Rascals," Cain says. "It's a men's clubhouse."

"It was as if we were kids doing this," Routh says. "It can be a very serious thing to be Superman, but this threw it on its head and found the pure joy of it."

Little did these actors know that they were actually following a hallowed tradition of Supermen bonding by playing games with each other. When Christopher Reeve took the cape for Richard Donner's 1978 film, he had to share the role with another actor, Jeff East, who played the teenage Clark Kent. This brought out a bit of rivalry between them. "He was extremely upset that they hired me to do the younger part," East says. "He wanted to play the role of young Superman as well. I said, ‘Chris, I'm not going to take away from you. You're great in this role. Relax.'"

Reeve handled the competition by challenging East to a game of chess every day on set. Every morning, Reeve would pick up East from his hotel in a limo, take him to set, and tell him, "See you in a little bit. We're going to play chess today." Then East would go to Reeve's trailer, play a game, and lose. "He beat me every time," East says, laughing.

When Reeve himself ran into other Supermen later on, he didn't feel that same rivalry any longer, and was able to focus on their needs – calm their misgivings, give them advice, and cure their FOMO about not flying or wearing the suit. When Reeve played a guest role on Smallville, he told Tom Welling "funny stories about figuring out how he would fly and crash into walls," Welling says. And Reeve once told Tim Daly that wearing the suit "wrecked his skin somehow, and gave him a horrible rash," Daly says. "Maybe he was allergic?"

Reeve would also compliment other actors for the choices they made in the role. He was pals with fellow Superman David Wilson (who performed the part prior to Reeve in a 1975 televised musical called It's a Bird… It's a Plane … It's Superman), and let him know that he had "borrowed" some of Wilson's mannerisms for his own version.

"I used to run into him on the Upper West Side, and we'd talk about it," Wilson says. "My portrayal was more kitsch, not the serious Superman he portrayed. But he took a bunch of my comedy bits, kind of paying homage to what I had done – like how I would get my tie caught in the typewriter, or how I fumbled with my glasses, the way I messed with my hat. And the other thing he picked up on was how I used two different voices for Clark and Superman, and he developed that, too. He would say, 'Yeah, I took a couple of your things, man,' and I would say, 'If it works, it works.'" 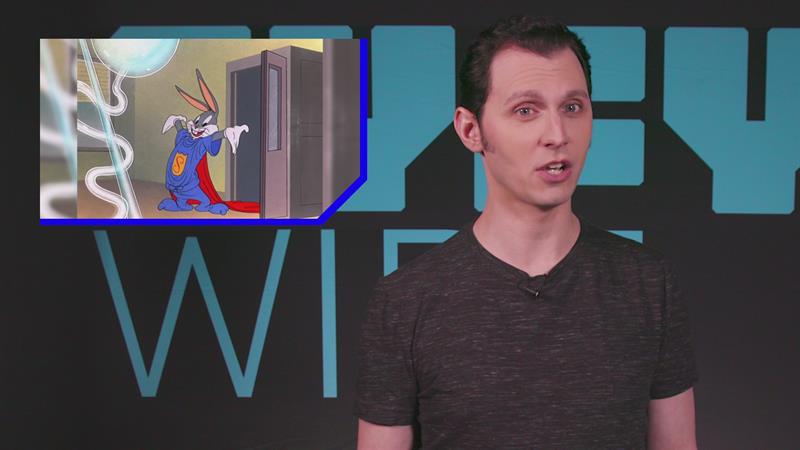