10 of the rarest, most expensive LEGO sets money can buy

For 70 years, LEGO has been fascinating children and children at heart with an endless array of building sets crafted from pure imagination and some of the world's most beloved pop culture properties. Aside from being a fun way to spend a weekend, LEGO sets have evolved from the simple creative toys created to entertain Danish children into a worldwide phenomenon.

That doesn't just include people eager to build the latest sets, either. It also encompasses the high-end collectors that buy and sell LEGO sets like Wall Street brokers. Oh yeah, it's a thing, and LEGO sets are one of the top investments in the world right now, alongside gold and stocks and bonds.

With that and the new LEGO Movie 2 on the brain, we decided to take a look at 10 of the rarest, most valuable LEGO sets future investors might want to check out.

Originally released in 2008, the $299.99 LEGO Taj Mahal was a 5500+ piece of design that replicated the splendor of the world wonder with incredible detail. From the gorgeous walls to the gleaming spires, nearly every last bit of India's marble mausoleum was brought to life at a rather fair price a decade ago. Now, however, tracking down one of the original Taj Mahal sets still sealed in its box will set you back nearly $2500 (according to BrinkLink).

If that does seem like a price too high to pay, LEGO did re-release the Taj Mahal under the Creator brand with more pieces, and some different coloring, in 2017. You can find that one for just a few hundred dollars, but like a second printing of a book, it's not quite the same for collectors.

Back in 2007, the Ultimate Collector's Series Millennium Falcon was the most expensive LEGO set ever at $499.99. A decade later, that price doesn't seem so bad. Well, maybe it's still bad because that's a lot of money, but compared to the $799.99 price tag on 2018's Millennium Falcon LEGO set, it's a major discount. Too bad you can't actually get the original Falcon at that $500 price point anymore. Right now, you'd have to drop about $4000 on this set mint in box, with some reaching five figures in value.

Say what you will about the revamped version (which also includes elements from The Force Awakens), but it's got nearly 2000 more pieces and is still relatively affordable by those investment prices.

Before it was known as LEGO Ideas, the fan-made line of LEGO was known as Cuusoo. The very first set to get 1,000 votes and be made into a retail collectible was the Shinkai 6500 Submarine. Only 10,000 of these were ever made, and they were only available in Japan at launch. When it released in 2011, it would have cost ~$40, but like many of LEGO's hard-to-find sets, this one has increased dramatically in resale value. On secondary markets, you can expect to spend at least $650 on this set, which is a 1,600-percent increase in just eight years.

Few sets are tougher to track down as this limited edition based on the HC Andersen children's book, Clumsy Hans. Offered as a part of a special tour of LEGO's offices, the set was distributed to each person on the tour, with a unique photo of the tour group on the back of the box. According to BrickLink, there were four different tours that provided this set, meaning there are 320 total copies of this personalized set available.

You couldn't just buy this as a standard release, which already made it a valuable collectible in the LEGO world, but that there are so few of them has only added to the second-hand pricing. If you really wanted to get your hands on Clumsy Hans, you'd have to pony up $2,000-3,000 today.

There are few landmarks in the world as iconic as the Statue of Liberty, which is why she made perfect sense for LEGO to adapt as a building set. Released in 2000, the green goddess stands at nearly three-feet tall when fully completed, provided you could actually tell any of the 2,800 green pieces apart from one another to actually complete the build. Unlike the more recent, smaller edition, this Lady Liberty doesn't come with the rest of the national monument base, and stands merely on her small pedestal.

Tracking down one of these in new condition is incredibly tough and expensive. Originally offered at $199.99, the resale value is now in the $3,000-4,000 range for mint in box sets.

There are two variations of this set, with one being offered to fans during a LEGOLAND weekend event, and the other being made available to employees. The weekend edition comes in a white box, and had an edition size of 350, whereas this one comes in a black box, and only had 80 made. The two sets are otherwise identical, right down to the seven different minifigures included.

The biggest difference in the sets comes in the price. While you could get the weekend edition for just under $800, getting this black box version will cost you 300 percent as much. Sure, that rarity might be nice, but is it $2,500 nice? For some people, evidently, it is.

With 3,200+ pieces and a functional rotating effect (operated by a remote control), the Grand Carousel is a delightful piece of engineering. When it released back in 2009, the $249.99 price tag was high, but didn't feel exorbitant given the size and actual functionality of the set. As beautifulas many of LEGO's standard, static collectibles are, those that have any kind of motor function are that much cooler to build and show off. When they're also whimsical and timeless like this carousel, it only magnifies the splendor.

It also magnifies the aftermarket pricing. At minimum, you'll have to shell out $1,600 to get on this elaborate ride. If you want a pristine one (to never take out of the box and build for whatever reason), you can double that price easily. 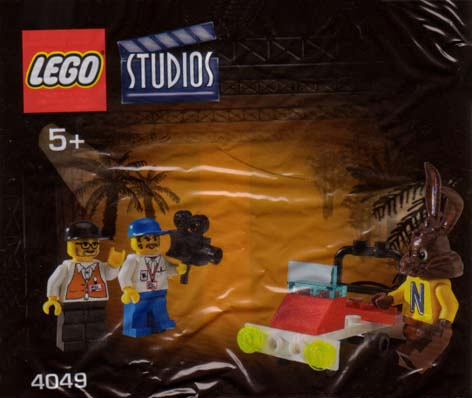 If you're old enough to remember cereal and action figure offers that required you to mail in proofs of purchase or UPC codes, congratulations, you're old. Additionally, if you're old enough, you might remember commercials for Nesquick with that rabbit mascot. Combine those two elements, and you have this extremely rare Nesquick promotional set that was only made available to German, Australian, and New Zealanders that sent in barcodes from specially marked containers of the instant chocolate mix.

There's no firm count of the edition size, but it was originally "free" so any value it has is strictly from the set's rarity. Given that this is basically just three minifigures and a small car, you might not be expecting it to cost that much on a secondary marketplace, but this unique piece of mascot memorabilia does go for ~$200 today. 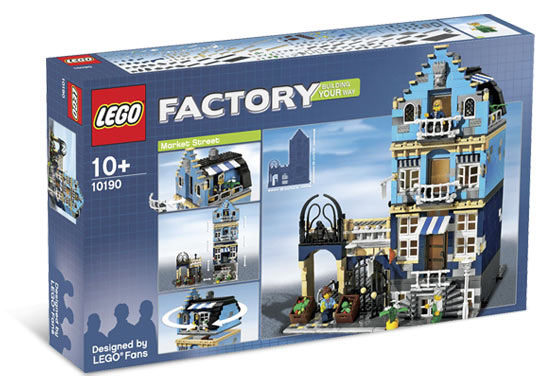 When Market Street was first released in 2007, you could have brought it home for just $90. As one of the earlier modular sets aimed at the adult market, Market Street made quite an impact for the Factory brand. Not only did it have more than 1,200 pieces, but it featured interchangeable floors, rotating parts, and a promise to fit in with a larger, expanding cityscape as those sets released. While LEGO has continued to release new buildings and elements to go along with Market Street's theme over the last decade, few of those pieces have appreciated in value like this one.

Tracking down this set now in a complete-in-box form will cost collectors anywhere from $2,500-3,000. Bet you wish you bought this 12 years ago now, don't you? 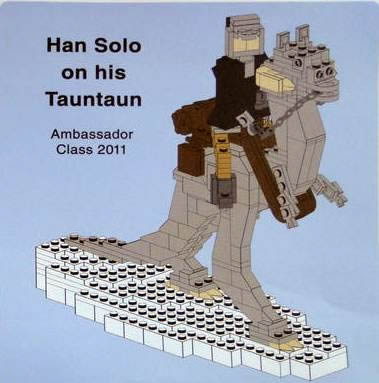 A rarity among rarities, this Star Wars set was offered at LEGOLAND California in 2011 to select "ambassadors." It comes in Miniland scale, which means its built to look like a larger piece that might be shown off in the actual park itself versus the more display-friendly versions offered in more standard sets at retail. Though it's tough to track down what the original price was, it doesn't really matter since you can't buy it that cheap in this day and age. In fact, if you want to get your hands on this Hoth artifact, it'll cost you upwards of $3,500 depending on the condition of the set. Given that it was only offered in a polybag to start with, a tip-top version is tough to track down.