Vampirella turns 50 as of July 17, and what a journey it has been. This is one character who has been through more twists and turns than most comic book heroines. Designed by comics legend Trina Robbins, this horror host turned solo star has truly been around the world (and off-world) many times over, to the point where sometimes it’s a little bit difficult for new readers to know exactly where to jump in.

Fear not! We have read the heck up on Vampirella! Sure, it can be a bit confusing that her history has spanned decades and she has been the subject of some of the stranger crossovers of all time. Yet, the upside to becoming a Vampirella fan is that her continuity is so baffling and all-over-the-place to the point of being essentially non-existent.

If you pick up one Vampirella book, chances are you’ll be reading a slightly different character than the one you’ll see in the next story. That means it’s extraordinarily easy to kick back and let the different takes pass you by without getting too upset about any slight character variations along the way. Some stories are better, some stories are worse, but all Vampirella stories are about a blood-hungry vampire alien with a bizarre sense of humor and a sliding scale morality system, so you really can’t go wrong.

This is the first appearance of Vampirella, in which she was a straightforward horror host whose existence revolved around rotating scary stories intended to teach basic morality lessons. We are introduced to Vampirella of Drakulon, who is delighted to find a spaceship of dying earthlings as she requires the blood in their veins to feed. The legacy of Vampirella had to start somewhere, and this is where it does: as an amoral monster with a great sense of humor

For around the first 14 years of her existence, Vampirella’s adventures were ‘70s era sexploitation tales about a woman who believed herself to be a vampire from another planet. Upon coming to earth, she mostly told unrelated morality tales with a horror bent, stepping in occasionally to star in her own. As Vampirella Magazine went on, she became the primary focus, and while most of the stories were still fairly reductive of her character there is still some interesting stuff within. 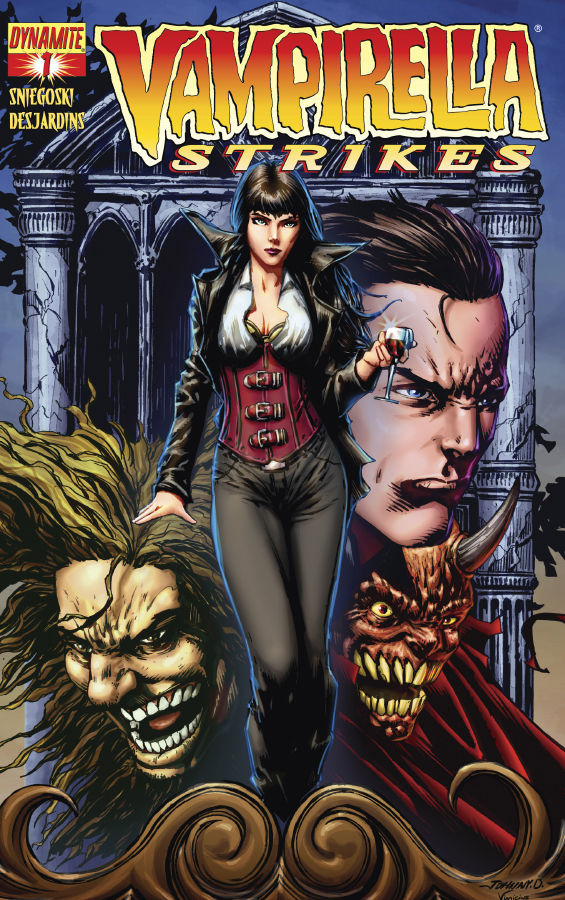 At the beginning of this tale, we are introduced to a Vampirella who is afraid of becoming more animalistic and losing control of her better nature. Unable to stop hurting humans and finding herself at a philosophical impasse, she is approached by angels sent by God, who hire her to help them find the culprit behind the manufacturing of a new drug derived from archangel blood. Vampirella teams up with the fallen Janus, and together they begin to search through the demon-run underworld in hopes of finding answers. This story is fairly straightforward angel-versus-demon fare, but it helps establish Vampirella as a woman seeking redemption for her moral failings. Glimpsing the power of Heaven in some interesting scenes towards the end of the series, Vampirella Strikes 2 showed readers what would happen if Vampirella embraced her more angelic nature. Though she returns to her established status quo by the end, there was a lot of soul-searching in this book that readers didn’t often see from the character up until this point.

Warren Ellis, Amanda Conner, and Jimmy Palmiotti teamed up for this fun dive back into pure horror that returned Vampirella to life after her defeat and (temporary) death. Finding herself in the highly creepy town of Whitechapel, Vampi teams up with paranormal investigator Sam Feaveryear in hopes of getting to the roots of the town and its hidden secrets. Vampirella comes once more into contact with her nemesis Nyx, who establishes Vampirella as the hero simply via being so much more ruthless and cruel than her. Nyx is the mirror image of Vampi, and though she terrifies her, she does help Vampirella understand how to better define herself. This story has a few twists and takes place in a town overrun by vampires, and overall it’s just a fun dive into a new continuity for our beloved antihero.

This series is excellent. Pulling together many threads of the different takes on Vampirella into a cohesive whole, this is one story that really had everything. Vampirella gets a girlfriend, fights a legion of evil clowns, and returns to her home planet of Drakulon for a showdown with longtime nemesis Pantha. Told mostly from the perspective of her new girlfriend, Vicki, we learn more about what makes Vampi tick in this one series than in most of the rest of her history overall. Volume 4 focuses in on the strange mix of horror gore, zaniness, and improbably bonkers sci-fi that makes Vampirella such a beloved character, and serves as a great jumping-on place for new fans. 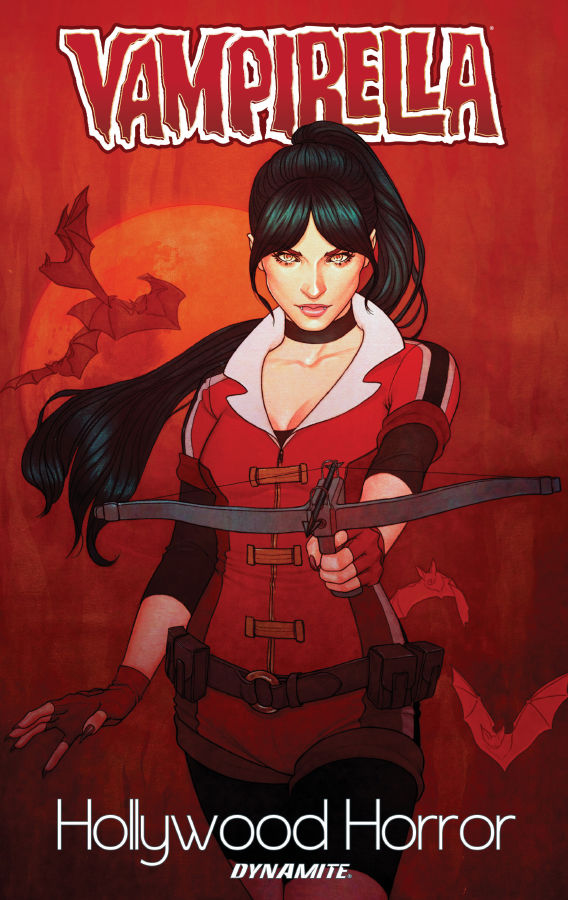 Vampirella makes a visit to Los Angeles, only to become immediately embroiled within a murder mystery. Extras have been rapidly vanished off of sets for years, and it’s up to Vampi and her on-again-off-again lover Tristan to solve the case. Hollywood Horror does well in weaving the disparate elements of Vampirella into an LA backdrop, drawing more comparisons between their individual legacies than one might have initially thought to be present. Overall, this is a fun, but disturbing, horror story that gets to the roots of a character who, at the time, was struggling to reestablish herself.

Fans of Nancy Collins were surprised and thrilled at the announcement of her take on Vampirella, given that she hadn't appeared on a monthly book in around two decades by that point in time. Though brief, it absolutely lived up to the immense hype, diving immediately into complicated church scandals involving demons, angels, nuns, corrupt priests, and, well, Vampirella. Setting up the character with a new supporting cast, a new job, and a new direction in life, this was one of the definitive runs of the character’s history due to its ability to successfully tweak long-standing inconsistencies to core principal elements of the book. Noting in an interview that people knew Vampirella as a costume and it was her job to fill in the blanks and give a character that could intrigue beyond shock value, Collins pulled that off and more in her short time with our Vampi. 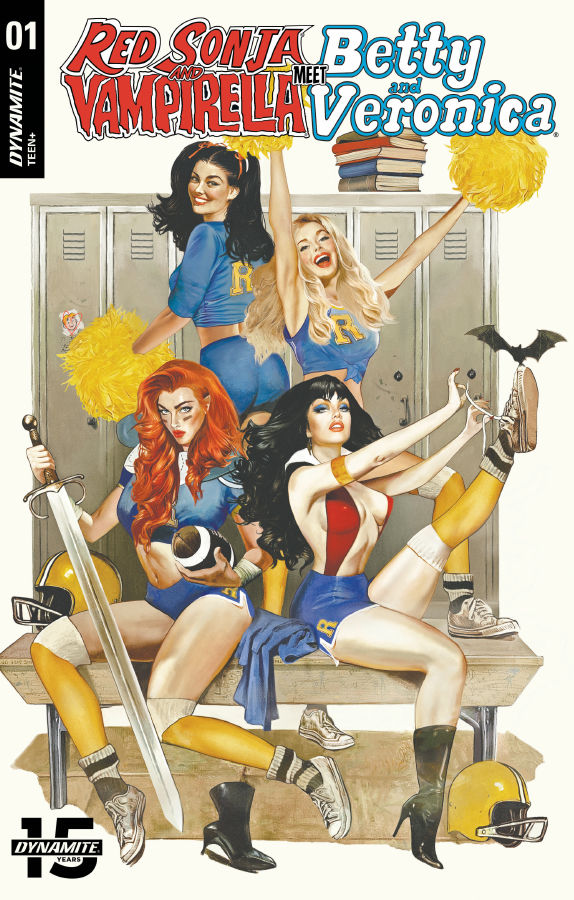 Though this series is generally met with raised eyebrows due to the truly bonkers pairing of characters, it actually makes a lot more sense than you’d think at first glance. The crew comes together to solve a series of paranormal murders happening in Riverdale, and it goes off the rails from there. Writer Amy Chu has been deep in an epic and hugely underrated run on Red Sonja for quite a while now, and it’s a lot of fun to watch her bring that definitive take on the lead character to a book that is, at its heart, just truly bizarre out-of-continuity fun. This series gives a great look at what defines each of these characters for so many people while matching it with an equally compelling plotline to back it up. Really one of the better crossovers of the last several years, this is also one of the great Vampirella stories because it gives readers a great touchstone for what exactly makes her such a fun character.