So, I don't really stan cis white men but when I do, it is always Adam Driver. Yeah, I have honestly had conversations with myself about my obsession with this weird, awkward, tall guy from Mishawaka, Indiana and how it could be an elaborate brainwashing scheme (ahem, Star Wars). But after I sorted through my own personal transgressions, I realized that in addition to his unique handsomeness he is a multifaceted actor who has been able to transform himself in various films and theater productions.

In addition to his impressive reel, Adam also focuses on his non-profit theatre group AITAF and being very private (can you really blame him?). It's no matter, though. He still leaves his smitten followers with memorable characters and many awkward interviews that reveal his true self to satiate the T H I R S T. "Designated" Driver is a national treasure and here are my reasons as to why we should celebrate him for his birthday!

I had zero expectations when I attended the midnight premiere of The Force Awakens. I knew that I could potentially leave the theater feeling devastated, but instead, I walked out of it with a full-blown FANGRRL-certified crush on the BAD GUY. I do have a professed soft spot for villains and when Kylo was introduced I admittedly lost it. WHO WAS THIS GOTH SPACE PRINCE?! Many people laughed when he took off his mask (which I later found out was due to him being in Girls) but my jaw dropped. Like, this kid definitely listened to My Chemical Romance and had Daddy Issues times 1000 but WOW, that eyeliner? Yeah. Sign me all the way up. That angst and desire to tear down everything that we know? I can get behind that. Murdering your father because he left you and virtually forgot about you? A little drastic but... maybe therapy? ANYWAY! It's also terribly dreadful to say no to that face.

Yes, he is thinking about killing his mom but those POUTY LIPS.

Ultimately, Tiffany Haddish says most of what I really felt when I first encountered Kylo Ren.

Emo mess and all, Kylo will forever be my Space Goth Boyfriend.

I didn't find out about Adam Sackler until I got the Kylo fever with Star Wars. While the show is extremely problematic and very, very, white-centered, I admittedly used the mute button at times just so I could watch Adam Sackler be a weird, goofy, tortured, complex, and yes — prototypical "hipster millennial." With his popularity, he began to be noted for his inability to smile and broodiness. Many people have likened him to a weird cat meme, BUT I mean, who can resist the above happy, warm inviting mug?

Or this jovial face that exudes so much love and care:

Did I mention that he builds stuff too? 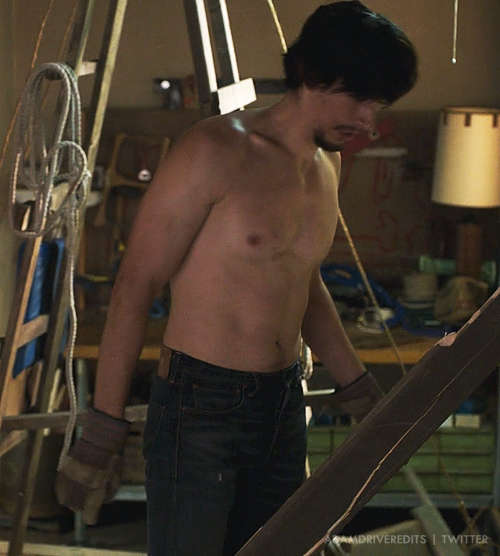 You TOO can build stuff shirtless and look amazing. Have I mentioned that he is shirtless throughout all of Season 1?

A huge part of Driver's charm is his sense of humor, and he has exhibited a great versatility in comedic acting during his three stints of hosting Saturday Night Live. For someone who is regarded as "stoic, broody and serious" on set and in the real world, Adam has proven time and time again that he has a soul and is capable of making us laugh and fall even more in love with him. His awkward persona leaves one wondering if he is acting or if he is genuinely goofy and weird.

Aside from his wacky self-banter, here are some of my favorite characters via Saturday Night Live that literally make me cry with laughter.

Abraham H. Parnassus, a corrupt Oil Baron who has come to speak at his son's Career Day:

The Hot Dad who has to talk about the flushing of period pads at a sleepover:

And, lest we forget, our favorite Undercover Boss, Kylo Ren aka Matt the Radar Technician:

Truly a master at his craft.

Driver initially made his name as a serious actor in a series of independent films released before and during the Star Wars craze. His work with uber-cool director Jim Jarmusch brought an air of cinematic sophistication to his already impressive CV. In Paterson, he plays a sensitive and intuitive poet who also drives a public bus in Paterson, NJ. While we have seen him rage and punch multiple holes into walls, this gives us another look into his range in regards to being emotionally vulnerable and soft — something that can be a challenge to some more alpha male actors.

Your heart starts to thump when he begins to write poetry about his artistic wife:

Yeah, give me all that sap. 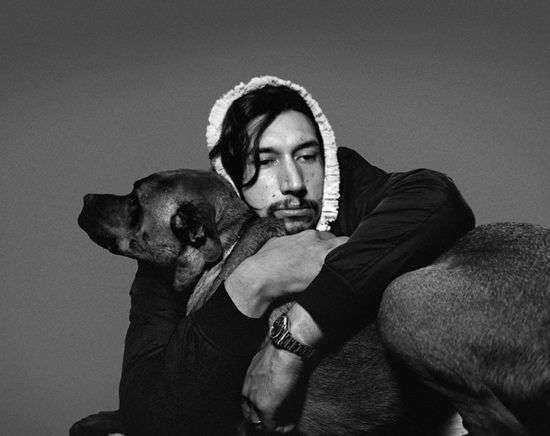 In those rare moments that Adam shows his real self to the world, he has revealed that he is a dog person. Adam has been very vocal about his love and care for his rescued pit-bull rottweiler mix, Moose. So while he may dislike Halloween (I am assuming October Scorpios are different than November Scorpios), he rescued Moose from a shelter on the holiday, making it their forever anniversary. Funny how the universe works like that. In addition, the blessings that come from this union are endless photos of him with his pupper. You are welcome. 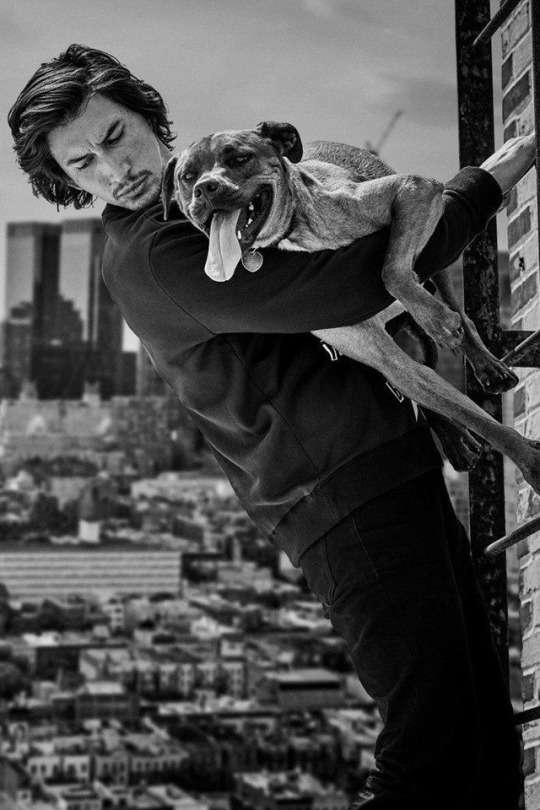 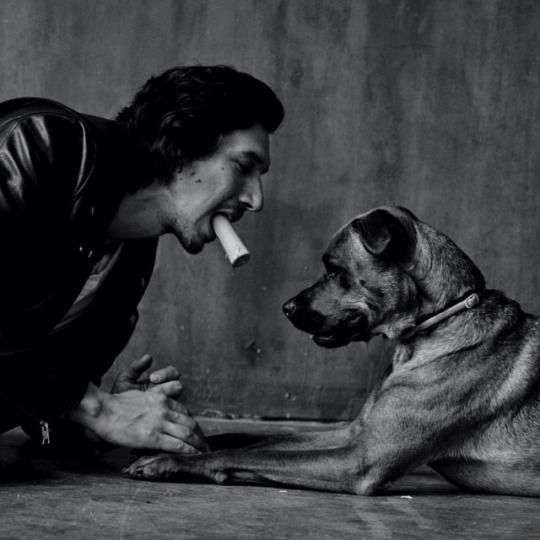 Happy Birthday, Adam! May you have many years of making us laugh, swoon, and stan the *bleep* out of ya. And we are sorry if you hate it.

It's a fan thing
Join SYFY Insider to get access to exclusive videos and interviews, breaking news, sweepstakes, and more!
Sign Up for Free
All Posts About
Fangrrls
Movies
Adam Driver
lists
thirstday
Related Stories