After Toy Fair, fans are fighting over '80s and '90s nostalgia

Welcome back to Important Toy News, the SYFY WIRE column that not only shows you all the best and coolest happenings in the world of amazing toys and collectibles for the week, but also shows off the newest hotness in toy tech and lets you know all the behind-the-curtain craziness going down in the toy industry today. All presented to you in stunning HD-DVD quality by your resident, if not favorite, toy journalist.

Toy Fair New York has just wrapped up, and the consensus on the street is "What a time to be a toy collector." Again, and again on my online toy collecting platform, these are the words I've heard and seen repeated. So, let's first talk a little bit about some of the highlight products revealed at the show, the public's reaction to said items, and then what this means for the greater "culture" in regard to toys. Because there are a few angles to look at here.

First and foremost, there's no denying that Big Daddy Hasbro took out the cannons and rode the fire home. I'm serious — what a show for Hasbro. We discussed last week that the G.I. Joe Classified Series line was freshly announced, and we suspected that the Snake Eyes figure would be a Convention exclusive. NOPE, incorrect! It is available for preorder now. Within a day, Duke, Scarlett, Roadblock, Tarantula, and Darkling were announced (with a box set of the entire wave available for $119, shipping your way in June!).

A mad grip (yes, that's a quantitative figure, anyone that grew up in the '90s can confirm) of Ghostbusters toys were announced, from Egon's Neutrona Wand prop ($99.99, shipping August 2020, available to order now), to remakes of Kenner's Real Ghostbusters action figures (available to preorder from Walmart today for $14.99 each), and over to the new 6-inch Plasma Series line of the four Ghostbusters, Dana Barrett, Gozer, all culminating with a Hell Dog Build a Figure. (Yes, they are available for preorder as well, $165 for all six and shipping June 2020). And if you want more '80s deliciousness, you can check out all of Hasbro's Transformers announcements on Hasbro Pulse right now!

We even have the world going Power Rangers crazy over the announcement of the Green Ranger Dragon Dagger Prop. Yes, we had the original vintage toy released in the early '90s. And hell yes, we all lifted that synth trumpet to our lips and pretended to summon the Dragonzord. Many of us purchased the recent Bandai Legacy Proplica when it came out in its green-boxed glory (though that was expensive, coming in at the $80-$120 range).

Now, Hasbro turned the world upside down with the announcement of the prop replica Dragon Dagger ($60, shipping Fall 2020, and available for preorder today). Not to mention that Wave 5 of the Lightning Collection was announced, and 12-inch head flipping dolls were announced, both featuring, you guessed it, characters from the original flagship Mighty Morphin Power Rangers series. 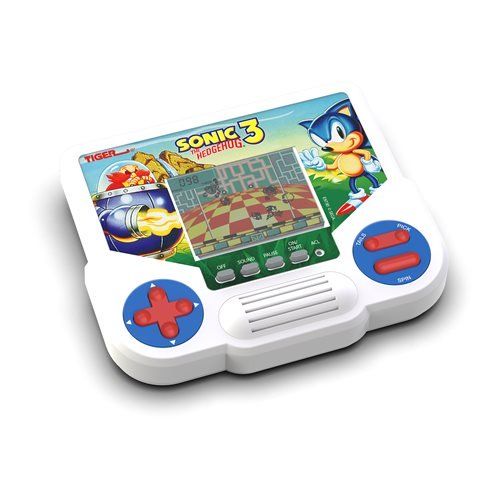 Again, people are going nuts for these announcements. Let's take a break from fawning over Hasbro for a moment. Let's take a peek at what the other companies did at Toy Fair. I have to say with complete sincerity that everyone working for toy manufacturers work hard. It is not easy to make any toy, let alone a long-standing franchise or one where you are a licensee.

Mattel showed off new Masters of the Universe toys and card/box art. NECA revealed a Jumbo Raphael from Ninja Turtles, done in the cartoon style, incredible Toony Terrors and Toony Classics, showing off horror icons like Beetlejuice and new Bill and Ted figures. We have Super7 revealing new 6-inch Transformers ReAction figures (the standard is a 3.75-inch figure), Optimus Prime as a Shogun Warriors-style Jumbo Machinder, new Peanuts figures, The Nightmare Before Christmas, teased JEM figures and more. So, while the public, collectors, and fans were happy, a snarky meme made its rounds on Facebook in response to this occurrence.

It's hard to say who created this brilliant meme or which toy group it appeared in first, but it's set the toy collecting world off and caused (yet another) riff. Hell, I'm all for people living their best collecting life, but we're so deep in nostalgia that Hasbro is releasing Tiger Electronic Handheld Games and Mall Madness again ($24.99, shipping August 2020 and available for preorder today). Like really, some things just weren't good the first time around. (You can preorder Tiger Games Sonic the Hedgehog, X-Men, The Little Mermaid, or Transformers for $14.99 each by clicking their names!)

People are being a bit defensive, saying that they are now collecting the toys they didn't get as a kid, replacing the ones that evaded them, buying new ones to display, etc. And look, there's no wrong answer here. But when the highlight announcements at Toy Fair are all from 30-plus-year-old franchises, it's something to think about. In my opinion, children today just want slime, glitter, poop, and unboxing toys (or a combination thereof), but that's an article for another day.

And on the topic of toys aimed at children, Mattel has an eco-conscious project up they're sleeve and the toy giant is kicking it off with their preschool line. We're talking about their goal to achieve 100% recycled, recyclable or bio-based plastic materials in all products and packaging by 2030. Let's repeat that and see how well it sits with the aforementioned adult collector. All products and packaging, friends. Sure, it's sweet and cute when we are discussing Fisher-Price toys and Rock-a-Stack. According to a recent press release from Mattel, they will "debut its first product aligned with this goal: the iconic Fisher-Price Rock-a-Stack made from sugarcane-based plastics and packaged in 100% recycled or sustainably sourced material."

Sure, when discussing baby toys that will get chewed up, spit on, and outgrown in two years, the idea of recyclable toys is wholesome and pure. But imagine the faces of collectors when they're told that new toys will possibly biodegrade before the vintage counterparts? Hoo-wah… that will be another crazy debate that only snarky memes can solve.