It's been over 30 years since Dr. Sam Beckett (Scott Bakula) stepped into the quantum leap accelerator... and vanished. In doing so, he forever changed genre television.

Quantum Leap premiered on NBC on March 25, 1987, an episodic time travel adventure series that has one of the greatest TV premises ever: Every week, audiences were served a variety of genres, in various time periods, as Sam leapt from life to life, striving to put right what once went wrong. One week, viewers tuned in for a murder mystery. The other week, it was a ghost story. From "leaping" into the body of a woman to occupying the body of a blind piano player, Quantum Leap's story engine proved to be unstoppable with its inventiveness and elasticity.

The story continues in a new Quantum Leap series on NBC (and streaming on Peacock). The series, which debuted on Sept. 19, is set 30 years after the original show, and it picks up with a new team led by Dr. Ben Seong (Raymond Lee) as the new leaper, supported by a future team with Ernie Hudson’s Herbert “Magic” Williams and Caitlin Bassett’s Addison. The new show is set within the same canon as the original series, so it stands to reason Sam Beckett might still be out there — somewhere — still leaping around.

Get prepared for the new series by revisiting these classic five episodes of the original show. 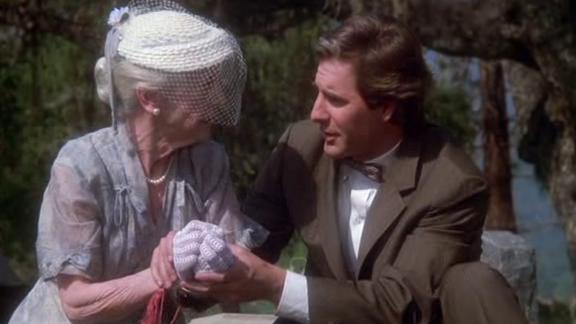 Like all great science fiction, Quantum Leap used its genre trappings to hold up a mirror to social and historical issues that cast reflections no matter the era. "Color of Truth" is the show's version of Driving Miss Daisy, albeit less maudlin and melodramatic, as Sam leaps into Jesse Tyler — an aging Black man and chauffeur to an elderly white woman in a very racist, pre-Civil Rights Movement South. Jesse's charge respects him, but not enough to speak up against those who do not. That is until Jesse's granddaughter is taken to the hospital after barely surviving an attack by bigots. There are certain lines of dialogue and depictions that are very dated, but the core premise and the essential moral insights therein are timeless.

Fans responded so well to this emotional episode that Leap would give it a sequel in its fifth and final season. In "Jimmy," Sam leaps into a man with Down Syndrome in 1964. Jimmy has recently moved in with his brother, Frank, and his family, and Frank's wife initially refuses to see Jimmy as anything more than a burden. Because Sam takes on certain personality traits of the people he leaps into, Sam is literally in Jimmy's shoes with his struggles and they take a toll on Sam as well. If Sam can't help Jimmy prove that he can take care of himself and overcome the era's ignorance, then Jimmy will be sent away and lose a chance to have a life.

The episode's most powerful moments come toward the end when, at the wharf where Jimmy's brother got him a job, Jimmy confronts a cruel coworker (Michael Madsen) who takes out his own insecurities, and dyslexia, on Jimmy. But before then, we learn why the stakes are so high for Sam, because they are so personal for Al, who had a family member with Down Syndrome that he couldn't help the way they must help Jimmy. The only thing better than the touching performances in this episode is the conviction of its themes. 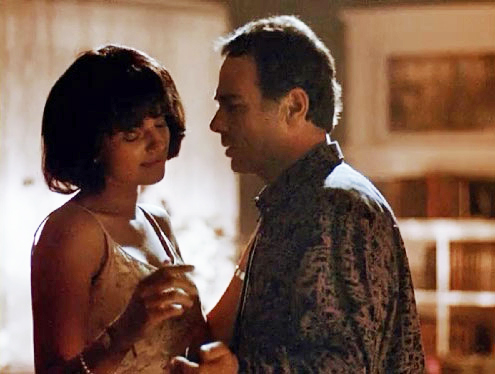 Heartbreaking barely covers it. Al, Sam's holographic guide and friend (played by the late Dean Stockwell), gets some deserved backstory fleshed out in "M.I.A.", one of the show's most compelling and emotional executions of its premise. It is the first episode to give Stockwell more to play than just dumping exposition in between quips or horndog observations. After leaping into a rookie cop in 1969 San Diego, Sam struggles to believe Al when he says that Sam's mission is to save a naval nurse, Beth, from remarrying after her husband has been classified as missing in action over in Vietnam.

That husband is actually a P.O.W., and it's Al. The episode really tugs on the heartstrings when Al, a hologram, shares a slow dance with his true life one last time to the tune of Ray Charles' "Georgia". He can't physically touch her or be with her, but thanks to Sam changing history, one day, Al will get his chance.

This two-part premiere is still one of the most talked about Leaps the show ever did. The stakes and drama feel feature film in scope as Sam, to his surprise, leaps into himself as a teenager in the 1970s. What serves as wish fulfillment for the audience — who wouldn't want to go back in time and re-live moments with family that have long become memories — soon becomes a double-edged sword for Sam as he discovers that his want to help repair his family and save his brother before he dies in Vietnam conflicts with the real reason why he was supposedly sent back in time.

"Leap Home" pushes the show's premise to one its more powerful and dramatic conclusions, as Sam is told he can't save his brother but, damn it, he's going to try. Even if it means breaking the laws of physics to do it.

Thanks to a lightning strike at the end of the Season 3 finale, Sam and Al swap places.  Now, Sam is the hologram — and back in the imaging chamber in the lab he disappeared from — while Al is the one leaping through time with a mission to right history's wrongs. The only thing Sam thought he wanted, a chance to leap home and be back with the woman he loves, he now has. But it comes with an emotional toll he can't pay without potentially stranding Al in time. "Leap Back" offers Sam a gut punch of a resolution to his and Al's plight, while underscoring that the beating heart of this series is the core friendship between its two very likable leads.

New episodes of Quantum Leap premiere on NBC every Monday at 10 p.m. Eastern. The season premiere is now available to stream on Peacock, which also has all five seasons of the OG show.