Among some of the more curious and passionate conspiracy theorists in the world are the Flat Earthers, whose unrelenting declaration that our Big Blue Marble is in fact a flat disk surrounded by a ringed wall of ice has caused more than a few scientific eyebrows to be raised.

Nevertheless, this growing international society and its devout members are planning a special cruise event to voyage to the very edge of our realm in an upcoming Antarctic journey you can book your own private cabin for next year.

What does the Flat Earth International Conference's 2020 odyssey to the end of the Earth entail and what revelatory observations do they expect to discover? Climb aboard and let's explore some of the finer details?

The Flat Earth Society harkens back to the early 19th century and their acolytes believe images depicting a curved horizon are false and that official pics of a spherical Earth from outer space are simply part of an intricate conspiracy perpetrated by NASA and other space agencies to hide Earth's actual pancaked shape.

Seen in diagrams available on the FES website, our precious planet is a flat disk with the North Pole in the middle and a colossal icy edge holding the mighty oceans back. This theorized ice wall is what many Flat Earthers know as Antarctica and it's the final chilly destination in an upcoming cruise of enlightenment.

As noted by seasoned crusie ship captain Henk Keijer in an interview with The Guardian, one potential problem with this adventure is that all navigational charts and GPS systems that guide vessels around Earth's oceans are based on the agreed-upon principle of a round Earth, not flat. Insistent followers of this controversial theory will be discussing more details of the bold Antarctica cruise at the upcoming Flat Earth International Conference 2019 rolling into Dallas on Nov. 14-15.

“I have sailed 2 million miles, give or take,” said Keijer. “I have not encountered one sea captain who believes the Earth is flat.” 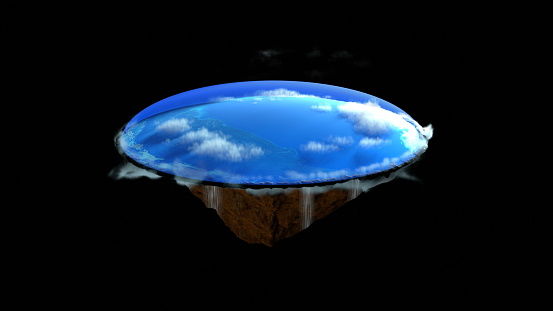 Currently, the costs, activities, events, and guest speakers on the Flat Earth Cruise are still being finalized and no doubt this fall's annual meeting will contain exact schedules and tour packages, but a rousing keynote address, lectures, panels, entertainment, vendors, presentations, and experiments which help bolster their steadfast claims that the Earth is in fact a domed plane.

What are your thoughts on this odd odyssey to the ends of the Earth and would you purchase a ticket to join the Flat Earthers into the great unknown?