Trying to send back a ghost you’ve summoned is hard enough. It’s a lot harder when you’re slowly starting to fall for him. That’s what Yadriel is faced with in Aiden Thomas’ debut YA novel Cemetery Boys when he summons the spirit of Julian Diaz — otherwise known as the resident bad boy of his high school. What follows next is an investigation into Julian’s death, with Yadriel’s cousin Maritza accompanying them, while their family prepares for Dia de Muertos, also known as the Day of the Dead.

The initial idea for the book’s premise came from a writing prompt on Tumblr, with Thomas giving it his own, much more romantic spin, resulting in the central relationship at the heart of this paranormal romance. But Julian and Yadriel’s relationship is just one piece of the puzzle that makes Cemetery Boys so special. Another is the fact that not only is Yadriel a gay transgender guy, but that he’s one who’s already accepted who he is and come out. Now, it’s just about proving that he can be as good a brujx as the other men in his family — and of course, solving the mystery behind Julian’s murder.

“Most books that feature a trans protagonist are coming out stories, or about the character discovering they’re trans. I’m more interested in what comes next,” Thomas tells SYFY WIRE. “I wanted to have a genre novel where it wasn’t about Yadriel being trans, but more that it was a story with a main character that happened to be trans. It’s, of course, a large focus of the book, but there’s also a murder mystery and a paranormal romance going on. I didn’t want his trans-ness to be front and center.”

Having Yadriel already confident in his identity and out also allowed for more nuanced trans representation within the novel, as Thomas — who is trans himself — delves into what the high school experience of a trans boy would be like, including what it’s like to use a binder, and recognizing fellow trans classmates.

“There are so many small details, rituals, and habits that trans boys and men do that cisgender folk have no idea about,” says Thomas of writing that aspect of Yadriel’s identity. “So talking about Yadriel’s binder, what it actually feels like, how treacherous it can be to try to get in one when your skin is wet, was an opportunity to show readers what it’s really like behind the curtain.”

This nuance also appears in Thomas’ depiction of Yadriel’s home life, and how his large Latinx family is trying to be supportive as best they can, while maybe not fully understanding what it means for him to be transgender. There’s also the fact that Spanish is a gendered language, offering more instances where someone might be misgendered, as opposed to English. 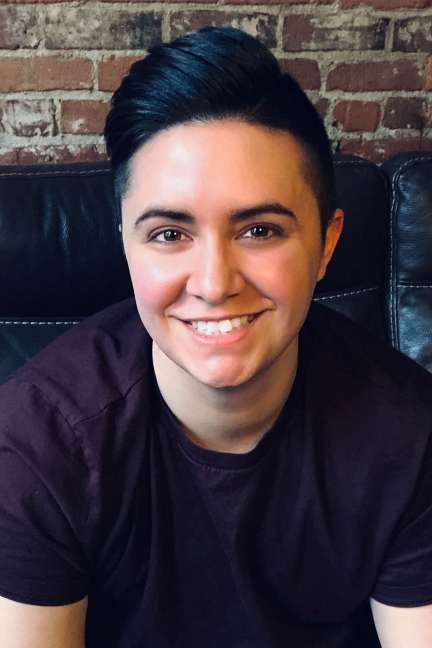 “Most stories about trans kids, either their families fully support them without so much as a blink, or they completely reject them,” Thomas explains, adding that he’d wanted Yadriel’s relationship with his family to reflect more of his personal experience having a family that wasn’t transphobic, but rather, uninformed. “There’s a learning curve. Yadriel’s family is not aggressively or purposefully trying to be hurtful. These aren’t bad people. They don’t hate Yadriel or those parts of him. They just don’t understand. Very often, that teaching falls onto the shoulders of queer and trans kids, which can be exhausting. That’s what Yadriel is dealing with throughout Cemetery Boys.”

This push and pull between both these aspects of Yadriel’s identity — his transness and his being Latinx — is present throughout the novel, especially with him hoping to present himself to Santa Muerte (or Lady Death) on Dia de Muertos and gain her blessing, so that he might finally become a practicing brujx, and perhaps help his family understand him better.

Thomas, who is Latinx himself, wanted to showcase the vibrancy of his culture, and the significance of the Dia de Muertos holiday in particular — especially since it’s not celebrated the same in every country, though there are root similarities. Thus, he based the magic within the book’s world on specific traditions and rituals.

“Having a story about a Latinx boy who can see ghosts aligned perfectly with Dia de Muertos, so I wanted to take advantage of all those traditions and practices and just make them literal,” Thomas says. “We make ornate, colorful ofrendas and use marigolds to summon our ancestors. In Cemetery Boys, that’s literally how it works. It was a pure joy to play with and give power to these little details from my own culture. The novel is basically a love letter to Latinx communities.”

The book is filled with Latinx characters, which allows for a wider breadth of representation within the novel, as well as specificity, with no one character having to bear the weight of it. One of these characters is Julian himself, who is both gay and Latinx — and as far from a brooding YA hero as it is possible to be.

“When it came to writing a love interest for Yadriel, there were a few things I knew I wanted. I wanted him to think talk and act like a teenage boy,” Thomas explains of how he approached Julian’s character, even drawing on TikTok for inspiration. “I wanted him to be completely secure in his sexuality and that his handsomeness be unapologetically rooted in his Latinx features. I didn’t want him to be stoic and broody, I wanted him to be full of life, even though he’s a ghost, and that his excess energy helps Yadriel break out of his shell.”

Despite the fact that the novel only takes place over a few days, Thomas wanted the romance between Yadriel and Julian to be a slow burn, with both characters slowly getting to know each other the longer they’re forced to remain together — and giving Yadriel time to realize that maybe his assumptions about Julian are all wrong.

“The most important thing for me was to make Julian someone that Yadriel didn’t need to teach how to love him,” Thomas says. “Yadriel has spent years trying to prove his identity to his community and his family. His mom, his one adult champion, has passed away, and he has Maritza but that’s it. After all his fighting and struggling, I wanted to give him someone who immediately saw him for who he knew he was: a boy.”

He goes on to add, “When Julian finds out Yadriel is trans, he accepts the information without so much as a blink. That’s something Yadriel has never experienced in his life. Julian is a deep sign of relief after Yadriel has spent his life holding his breath.”

Julian isn’t the only other queer teen Yadriel encounters over the course of the novel, as his investigation into Julian’s death leads him and Maritza to Julian’s group of friends, some of whom are gay or trans themselves, but all of whom he considers his family.

“A big focus of the novel is family, the complexity of family dynamics, and how a family can be blood-related or found,” Thomas says of the juxtaposition he wanted to create with Yadriel’s family and Julian’s, many of whom are homeless youth, living on the streets of East L.A. “There are unbreakable bonds that you can form with people, especially when you have no one else. At one point Julian says to Yadriel, ‘Queer folks are like wolves. We travel in packs.’ When you’re cast out by your family, society, or both, creating a found family is often how a lot of queer youth survive.”

It’s this sense of connection that Thomas wants to extend to his readers — especially if they may be trans and Latinx themselves, as writing this book was the first time Thomas saw himself represented in a piece of media. The audiobook for Cemetery Boys will take this one step further, with the book’s narrator, Avi Roque, being trans and Latinx themselves, thus allowing readers to also hear themselves represented in a way they might not have been before.

“I wanted to create a story for readers to connect with Yadriel on universal truths that are basic to the human experience, things like struggling to fit in, feeling accepted for who you are, and being loved,” Thomas says. “A lot of queer teens experience their first sense of belonging or affirmation with queer bloggers, YouTubers, TikTokers, and, of course, characters in books. Even if they can’t talk to them personally, seeing people with their identities, seeing themselves reflected in books, or internet stars telling them they’re valid gives them a sense of community and comfort. I really hope Yadriel can be that for readers.”

But will Thomas be returning to the world of Cemetery Boys any time soon?

“Honestly I could probably create a Cemetery Boys encyclopedia. I love writing about Yadriel, Julian, and Maritza so much and would love to do more with them,” Thomas says. His next book, Lost In the Never Woods, a Peter Pan-inspired YA novel, is already set to come out next year. “I also have a lot of other stories crammed in my brain impatiently waiting to be written, as well! So, we’ll see what the future has in store, I’m still figuring it out.” 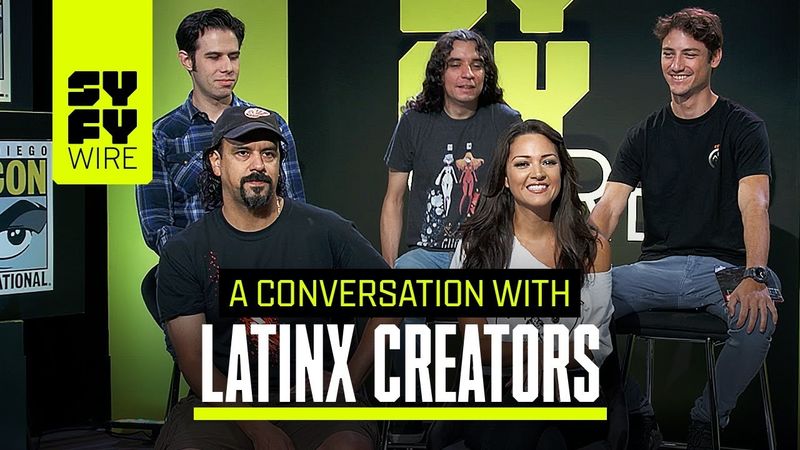 It's a fan thing
Join SYFY Insider to get access to exclusive videos and interviews, breaking news, sweepstakes, and more!
Sign Up for Free
All Posts About
Features
Cemetery Boys
Interviews
books
Related Stories

'Minions: The Rise of Gru' is the 'Expendables' of animation