'DCeased': Batman will fight a horde of techno-zombies in new limited comic series this May

DC is turning its comic book universe into a post-apocalyptic zombie-filled wasteland for DCeased, an upcoming limited series from writer, Tom Taylor.

The six-issue storyline (featuring art by Trevor Hairsine, Stefan Gaudiano, James Harren and Rain Beredo) kicks off with Darkseid unleashing a virus that infects anyone looking at a screen, whether it be their, laptop, cellphone, or security camera monitors. Once touched by the blight, these poor souls are transformed into violent zombies.

Here's the front cover of Issue #1 by Greg Capullo: 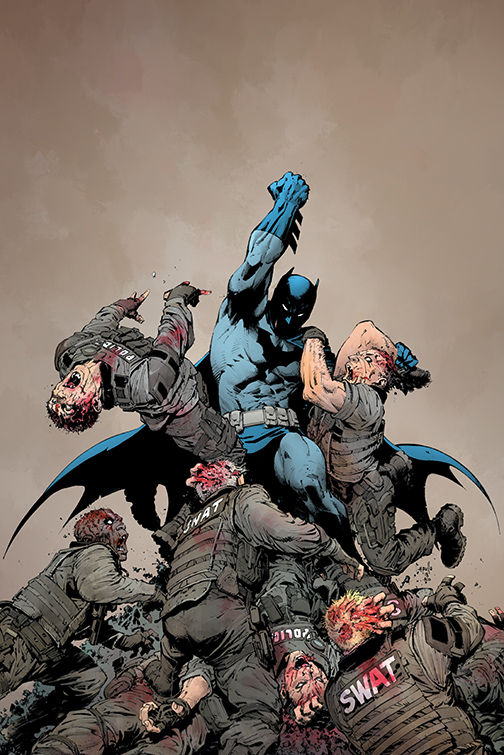 “The idea originated with editor Ben Abernathy. He had an idea to do a horror/zombie tale at DC, and hit me up to ask if I’d like to be involved. At the time I was pretty busy, but over the next few days, my mind was racing,” Taylor told IGN. “I couldn’t stop thinking of new and terrible ways to torture my favorite heroes in ways that made Injustice look tame by comparison.”

Luckily, the Caped Crusader is ready to face the zombie outbreak head-on. You can keep your Superman-adjacent strength. Brains beats brawn every time. Per Taylor's comments to IGN:

“Batman is definitely usually ready for anything. And this is no different. But Batman’s greatest asset, after his friends and family, is his mind. Without wanting to spoil too much, our virus affects the mind. Can Batman fight something that’s part of him? Or will Bat-god be revealed to be as mortal as the rest of us?”

There are also two variant covers, which you can check out below.

The first is an It-inspired variant cover for the series. Drawn by Yasmin Putri, the cover art shows a shadow-cloaked Joker (a la Pennywise) holding out a balloon to young Robin (a la Georgie Denbrough). Next to the two characters are the words "You'll die too," a play on "You'll float too."

The second variant by Francesco Mattina shows a berserker Batman, his skin all torn, his teeth beared horribly. 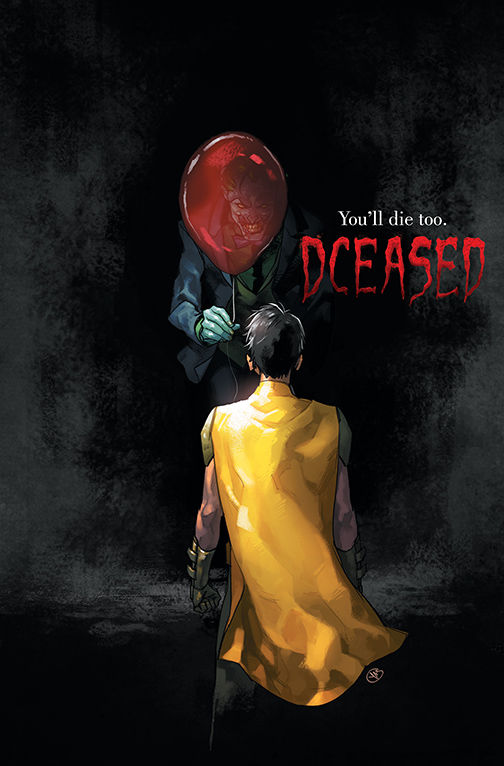 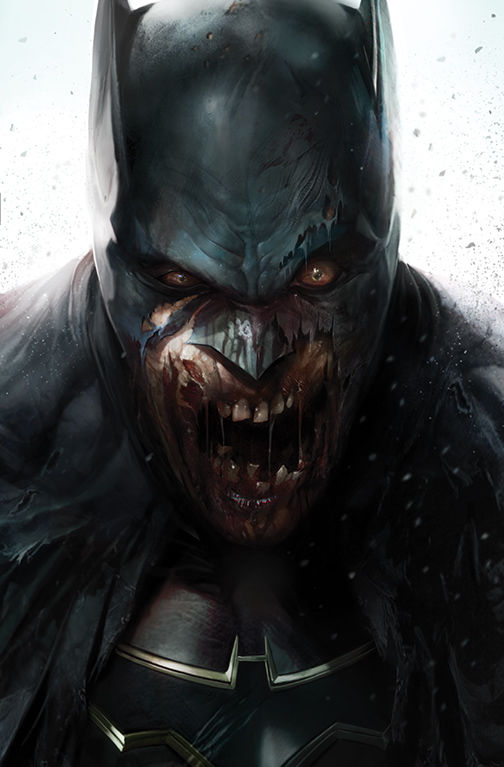 Issue #1 of DCeased goes on sale May 1. Early buzz from the likes of Steve Orlando and Robert Venditti — who have both had a chance to read certain issues—has been positive. DC's VP and executive editor, Michelle Wells, is also singing its praises.

Folks I've read the first two issues of this and #DCEASED is the perfect @DCComics nightmare, ripped straight from DC lore for an impressive, inventive, horrific vision of the #DCUNIVERSE https://t.co/FpADu1kwtR

Had a chance to read the first issue of #DCeased, and I loved it. The last page had me cheering out loud. Put it on your pull list! https://t.co/jQicwzIypR

A mysterious techno-virus has been released on Earth, infect­ing 600 million people and turning them instantly into violent, monstrous engines of destruction.

The heroes of the DCU are caught completely unprepared for a pandemic of this magnitude and struggle to save their loved ones first…but what happens to the World’s Greatest Heroes if the world ends?