Did Marvel drop the ball with J.J. Abrams' Spider-Man comic?

**SPOILER ALERT: A MAJOR PLOT TWIST IS DISCUSSED BELOW. IF YOU HAVEN'T READ SPIDER-MAN #1, BEWARE!**

In a perpetually struggling industry like comics, there is always interest in doing something, anything, to goose sales. Whether it's a new creative team taking over an existing title or yet another accursed "event," Marvel and DC are always open to ideas to bring attention to its books. So when an A-list Hollywood director decides he has a killer Spidey story pitch, well, common sense dictates that you say "We'll take it" before the meeting has even been set.

Which is an incredibly simplified (and very fictional) way of explaining how J.J. Abrams wound up co-scripting a Spider-Man series with his son, Henry. Partnering with artist Sara Pichelli for the interior art and Olivier Coipel for the covers (and Dave Stewart on the colors), the Abrams boys kicked off Spider-Man with a shocker in the first issue — they killed Mary Jane! The death of his beloved in what may or may not be a new alternate timeline did what no member of his Rogues Gallery could ever do — it broke Peter Parker.

The story flashes forward a dozen years to find Peter has quit the hero business and hung up the Spidey suit. He uses his work as a photographer as a crutch, and he's basically an absentee father to his son Ben. It's a vastly different and more heart-rending portrait of Peter Parker than we're used to seeing, and it works in a way like the best What If? stories do. Along with a shattering portrait of a grieving Parker family, we are also introduced to a new villain, Cadaverous. What his motivations are remain a mystery, which, given Abrams' love of keeping the audience guessing, is to be expected. But the mystery is working. Issue #2 arrives in comics shops this NCBD, and I know I'll be picking it up because I'm genuinely interested in seeing where the story goes.

Reaction to the series has been excellent, at least in regard to sales. It debuted as a top-5 comic in September, and preorders for the second issue indicate similar interest. Which is why I'm surprised we aren't hearing more about it. This should be a REALLY BIG DEAL. The director of Star Trek, Mission: Impossible III, Star Wars: The Force Awakens, and The Rise of Skywalker co-scripting a "big twist" Spidey story with his son. Marvel's own editor-in-chief, C.B. Cebulski, was teasing this quite a bit back in June. But aside from the pre-release grumblings that Henry Abrams hadn't earned a chance to write Marvel's flagship hero and one interview with EW, the buzz from this limited series has been rather quiet since people have actually had a chance to read it. What gives?

Certainly, the fact that Abrams is one of Hollywood's biggest and busiest filmmakers limited his ability to promote the comic. The book debuted just after Abrams had signed his name to a $500 million deal to move his Bad Robot Productions to WarnerMedia. He also has a certain galactically anticipated movie due out in two months that is no doubt occupying much of his time. We get it, J.J. is a busy guy.

But that doesn't explain why Marvel didn't climb up to the proverbial rooftops to shout this out. Is it just me, or has the marketing of what should have been an event series been strangely … subdued? Even if there is concern about story-specific spoilers — a valid concern, giving the central hook of the limited series — the chance to draft on Abrams' star powers to possibly get casual readers to pick up a Spider-Man comic should override fears of spoilers. Add in the component of Abrams and his son teaming up to do a story that has a strong father-son theme and you have a lot to work with. It's a REALLY BIG DEAL, Marvel! Treat it as such.

Film and television creators moonlighting in comics has been going on for years, with decidedly mixed results. Abrams' old Lost mate Damon Lindelof did so back in 2006 with the oft-delayed Ultimate Wolverine vs. Hulk mini-series. Between that series and Kevin Smith's infamously never-completed Daredevil/Bullseye: The Target, the Hollywood comics crossover got a bad rap. But Joss Whedon's great run on Astonishing X-Men with John Cassaday shows that when the director or writer is committed to the project and disciplined about getting the work done, magic can happen. 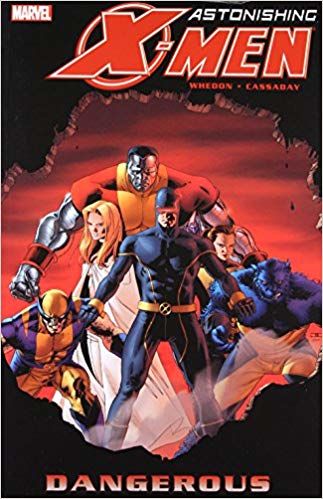 Marvel's job is to make sure people know the magic is happening.

We live in a time when comics, as great an art form as we have, struggle to stay afloat in the pop culture pool. There are many things grabbing hold of people's attention and money. Comics publishers must do everything they can to bring attention to their books. When you have a Hollywood heavyweight and his son teaming up on a Spider-Man comic with a powerful story hook, you can't blow that opportunity. You have to do more. You must do more. Otherwise, what's the point?

Have you read Spider-Man #1 by the Abrams boys & Pichelli? What did you think? Let me know in the comments below. Or find me on Twitter/Instagram/Facebook. I always enjoy talking comics!

Here's your weekly reminder that Behind the Panel is a video and audio series, too. Our video series is chock-full of my in-depth interviews with amazing comic book creators. The Behind the Panel podcast is an audio documentary series that provides unique insight into your favorite creators and stories. Check 'em out, we think you'll enjoy them.