Certain characters are blessed with a canon loaded with memorable stories.

Batman, Spider-Man, the Avengers, the Teen Titans, the Flash, the Fantastic Four … all have a generous portion of classic storylines that you can point someone to and say, "Read this and you'll understand." These heroes have a choice of timeless tales that can be adapted in some form for television and film.

Non-capes books like The Sandman and The Walking Dead also have specific arcs that you can hand to someone and turn them into an instant fan. But that can't necessarily be said about all great comics characters. Wonder Woman is as big an icon as you'll find in the medium, but how many truly iconic WW stories exist? I'd argue not as many as one might think, given her long history. And no, you can't just point to George Perez's run and count that as one story — I'm talking about specific stories that fit in a trade paperback. The same goes for Superman, to a certain extent. It doesn't diminish either character. In fact, it makes me wonder just how important great stories are to the ongoing legacy of a character.

Can a comic book character be great without a great storyline?

I used to think the answer was a resounding "No!" but now I'm not so sure. Wolverine's star was already on the rise by the time the 1980s began, but Uncanny X-Men #133 marked a true breakout moment for him. Within a year, it was clear he was the star of the book. That became cemented in adamantium a few years later when Chris Claremont and Frank Miller's classic miniseries Wolverine debuted. Certain characters are defined by specific stories. Think Batman and "Year One," "The Dark Knight Returns," "Strange Apparitions," and about 15 others. 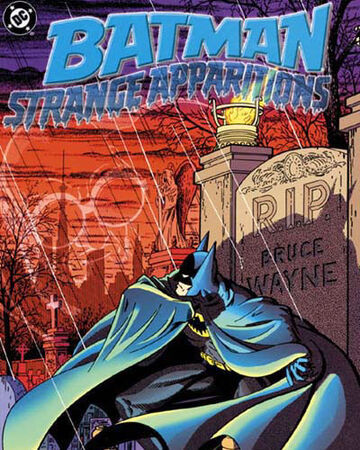 But times have changed, and so have the way characters reached next-level greatness.

Look around at some of the most popular heroes in comics, TV, and movies, and more than a few have blown up without the benefit of a definitive storyline. Harley Quinn and Wonder Woman are both good examples of characters who are wildly popular more from an aggregation of great characterization than to any specific stories that marked a clear turning point.

Deadpool is another example. He's a great character (who is celebrating his 29th birthday this week, incidentally) who is absurdly popular in comics and on film, but I'm not sure he has a definitive story like "The Judas Contract" is for the Teen Titans. Yes, the Deadpool Vs. miniseries are fun and all, but are those the stories you recommend to fans who saw the Deadpool movies and asked about the comics? Or do you just point them in the direction of Joe Kelly's killer stint on the book as the way to show people just why Deadpool is such a special comics character?

Gerry Duggan's long tenure is also a good place to start. To me, the team-up with Captain America and Wolverine, "The Good, The Bad and the Ugly" from Deadpool (Vol. 3) #15-19, is as close to a definitive Deadpool tale as there is. That story dug deeper than most DP stories, getting into the heart of Wade's issues and how the experimentation that happened to him still affects him.

But compare him to his old buddy Wolverine. When fans talk about why they love Logan, they can cite Wolvie-centric X-Men tales, the Claremont-Miller mini or Mark Millar and Steve McNiven's Old Man Logan. You really can't do that with Deadpool. His greatness is in his overall characterization, and clearly that's working out quite well so far for Wade Wilson.

I recognize that Deadpool is unlike most any other major comics character out there. His fourth-wall-breaking humor perhaps doesn't lend itself well to apocalyptic epics like Days of Future Past. But where's his Winter Soldier arc? His Court of Owls epic? Do they even exist? I haven't read every single Deadpool comic ever printed, so maybe I've missed the Merc With a Mouth's magnum opus.

Or perhaps Deadpool doesn't need to have such defining moments to hang his hat on. Maybe his unique blend of wisecracking lunacy has already guaranteed him a permanent spot in pop culture's VIP room.

What do you think? Can a comic book character be great without actually having great stories? Find me on Twitter/Facebook/Instagram and let me know.

And Deadpool fans, be sure to look me up and let me know which Deadpool stories I've overlooked.

And here's your weekly reminder that Behind the Panel is a video and audio series, as well. Our video series is chock-full of my in-depth interviews with amazing comic book creators. The Behind the Panel podcast is an audio documentary series that provides unique insight into your favorite creators and stories. Check 'em out, we think you'll enjoy them.

It's a fan thing
Join SYFY Insider to get access to exclusive videos and interviews, breaking news, sweepstakes, and more!
Sign Up for Free
All Posts About
Comics
Features
Behind the Panel
opinion
Related Stories