Ecco the Dolphin's creator wants a movie for the alien-fighting, nature-loving hero

When one thinks of a superhero, images of well-muscled men in tight leotards and badass women typically sporting inappropriate footwear may come to mind. But have you ever considered a dolphin as the hero we need but do not deserve? If you grew up in the era of Ecco the Dolphin, you just might have.

Ecco the Dolphin splashed into the gaming world in 1992 and saw the eponymous time-traveling bottlenose dolphin fight extraterrestrial enemies on a post-apocalyptic Earth with echolocation and some seriously sweet swimming moves. The dolphin and the team behind it brought many firsts into the gaming world and spawned multiple sequels and other media, such as comics and a dedicated soundtrack release.

June 16 marks the anniversary of the initial release of the series' acclaimed fifth installment, Ecco: Defender of the Future, a game that was born on SEGA Dreamcast before being ported over to PlayStation 2 due to its popularity — despite the decided unpopularity of the Dreamcast. Defender of the Future sees the dolphin hero transcend realities to save the Earth not once, not twice, but three times against the otherwise unnamed Foe. And while this fifth game in the series had its issues, it was a monumental addition to the world of Ecco, the alien-fighting, nature-loving dolphin who many people grew up with.

However, one very important thing to note about Ecco: Defender of the Future is that it was not designed by Ed Annunziata, the series' original creator. Without him, there would have been no superheroic dolphin adventures at all. And there almost weren't. So let's take a journey down the underwater history of Ecco the Dolphin and the man who made a splash in the video game industry.

THE MAN BEHIND THE DOLPHIN

Ed Annunziata is a game producer and developer who, in addition to creating Ecco the Dolphin, is responsible for other games such as Tiny Tank, Three Dirty Dwarves, Mr. Bones, and most recently Space War Arena, which is available on Nintendo Switch.

But before Annunziata ever got into dolphins, he was more interested in whales. This came from working on 1984's Voyage of the Mimi, a 13-part educational series for children that followed a crew taking a census of humpback whales. From there he started researching other sea mammals for fun and found himself drawn to the fascinating world of dolphins. 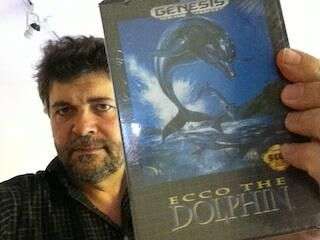 "I researched sea mammals with the background thought of making a game that featured them," he explains to SYFY WIRE. "The more I learned, the more convinced I was that I was onto something. Then it hit me: A dolphin would be an awesome game character!"

Thus, Ecco was born. And due to all of Annunziata's time spent working in educational programming, making it scientifically accurate was imperative. But that didn't mean there wasn't space for the fantastical.

"Once you think about an adventure game with nature as a central theme, you will realize that all the real science provides a vast amount of fascinating things that can be incorporated into the gameplay and game story," Annunziata says. He realized there was a chance here to have a strong environmental message, something he cared about deeply, embedded into the game. However, he didn't want this game to be about humans at all.

"It was a dolphin story about a dolphin. And time travel and aliens," Annunziata explains. "The message I wanted to come across is that we humans are not the only sentient beings on the planet."

Or in the universe. Because, yes, there were going to be aliens. And why not? When asked about why there were aliens in the game, Annunziata simply exclaims: "What do you mean? Of course, there had to be aliens!"

But really, there's a longer answer. As Annunziata was researching cetaceans, he was coming across numerous tales of invasive species that would wreak havoc on the local ecosystem. He needed an enemy for Ecco to fight for his ecosystem, but just another dolphin wouldn't work. And so he took the idea of an "alien invasive species" literally.

"The part I loved about this is the fact that when those invasive alien species show up, after the imbalances they cause when things finally stabilize, the ecosystem becomes stronger and more resilient since the invader adds to the overall diversity of the ecosystem," Annunziata explains. "What doesn't kill you makes you strong."

With all that in mind and a story finally pieced together, it was time for Annunziata to make Ecco a reality. He had been working at SEGA for a few years when he finally put the pitch together, but the meeting didn't go as he'd hoped.

SEGA did not want to make Ecco. It didn't have a humanoid lead character. There were no guns, no inventory, and, frankly, the mechanics to create it didn't exist. Annunziata tells SYFY WIRE that at the time of pitching, the answer he got from Clyde Grossman, executive director of software development for Sega of America, and his boss at the time, was: "Who wants to be a fish?"

It was difficult for him to get the concept he had in mind into words, but Annunziata was not content to take no for an answer; he was ready to innovate and prove that a game like Ecco could and should exist. He was more interested in creating a game that focused on players wanting to play with characters rather than be those characters.

"Finally, I got the chance to make a prototype of the game," Annunziata explains. He would constantly tell SEGA that nothing like this had been done before. That was a driving force behind his passion, and it's what kept the attention of the powers that be. When the prototype was made, which was quite bare-bones — our dolphin hero was just a pair of blocks that simulated the swimming movement — everything changed.

"Anyone who tried to control the stick-figure dolphin got the feel of the play mechanic. Easy sell after that," he says.

Ecco the Dolphin was the first game to feature a lot of things players now take for granted, including water viscosity in a game, the existence of gravity, and especially the movement of the dolphin itself. Just as Annunziata had told SEGA, nothing like this had been done before. 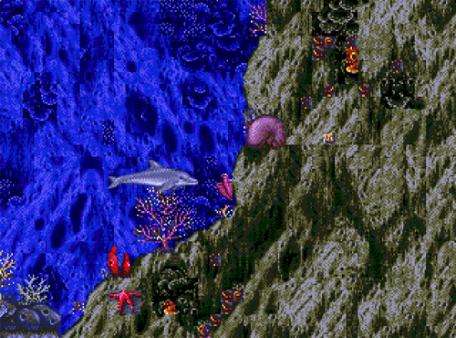 "The team was so talented and knew what technology needed to be developed for the game," Annunziata explains. This included swimming acceleration, taking into account the gravity and viscosity issues.

"There were options for control such as rotational control — like you would control RC cars — and absolute directional control where you point with the Dpad and the dolphin swims in that direction," he says. That was what the team eventually settled on.

It was a long list of first times for a new game, but it was looking forward to what video games could accomplish. Annunziata describes it as a fun and magical time for him. And best of all? It worked.

Ecco the Dolphin was critically acclaimed when it was released in 1992. A sequel, Ecco: The Tides of Time, soon followed in 1995, followed by a more child-friendly and educational title in Ecco Jr. That would be the last Ecco title Annunziata would be involved in, as he moved on from SEGA. Ecco Jr. and the Great Ocean Treasure Hunt would follow in his wake as well as Ecco: Defender of the Future. But the heart and soul of Ecco has always stayed with Annunziata.

THE FUTURE OF ECCO

Annunziata hasn't been with SEGA for many years and settled a lawsuit with the company about the rights for Ecco in 2016. The rights had been acquired by SEGA after the original developer, Novatrade International (later Appaloosa Interactive), went bankrupt. However, Annunziata still has hopes for continuing the world of Ecco the Dolphin. He hopes one day to be able to remaster the first two Ecco games, bringing them up to speed with today's technology and rendering.

"At the moment, it's just a fantasy, but often that's how it starts," Annunziata explains. "But given a choice, I'd first convert the entire game to 3D, then give the dolphin a better control feel by taking advantage of the analog controller." The goal would be to keep the game as close to the original as possible while still building it out and remodeling the levels in 3D. He would want to keep the same atmosphere and palette, but with higher graphic fidelity.

He also wouldn't be opposed to fixing a little gameplay so it wouldn't be too hard, as the originals had caused many a player to throw a controller in dismay. Lovingly, of course. 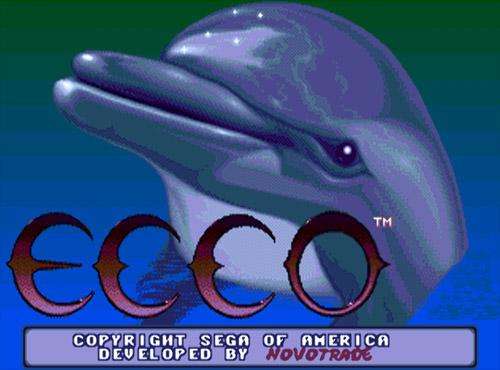 That's not all Annunziata hopes for with Ecco, either. He wants to expand his original universe and create an Ecco 3 in the same style. As well as a movie. Given how well Sonic the Hedgehog did, it's a fascinating and maybe not too crazy idea. But what would the plot be?

"The story would be the same [as Ecco the Dolphin], but 50 percent from the point of view of Cassandra, the Atlantean girl who formulated the plan to beat the Vortex and set up the glyphs for Ecco to follow," he explains.

Annunziata imagines it as live action with a lot of aquatic CGI. Studios, take note.

Only time will tell if either of these dreams will come to fruition. He's tweeted about it more than once. In the meantime, he still has a soft spot for the Eccoverse and its fans. There's an active community of Ecco fans who have kept the story going through fanworks, replaying the games, and discussion groups like Caverns of Hope. Annunziata admits it's great to see enthusiasm for his creation is still out there, and he participates in the discourse every so often himself.

As to why Ecco is still seen as a hallmark of the SEGA Genesis, Annunziata says it's because of how atmospheric it is. The underwater world, swimming, and floating around — the Ecco series makes you feel differently than a lot of games of that era and today. So many games today are intense and adrenaline-driven, and though there's been a rise in more low-stakes, wholesome gaming, the majority of titles are still all about action.

Also, as Annunziata explains: "It's weird." And weird is good.