A Hollywood heavyweight moves over to Netflix for some sci-fi, Pixar continues to mess with our heads in a good way, and Zachary Levi enters the spy-craft business.

We've got 'em all in this edition of WIRE Buzz.

George Clooney (Tomorrowland) is currently developing a sci-fi project for Netflix, the streaming giant announced today. While the movie (currently in preproduction) is without a title, it will be based on Lily Brooks-Dalton's novel, Good Morning, Midnight.

The post-apocalyptic book from 2017 tells the story of Augustine (Clooney), a lonely scientist in the Arctic, who attempts to make contact with the crew of the Aether, a spaceship trying to get back to Earth. 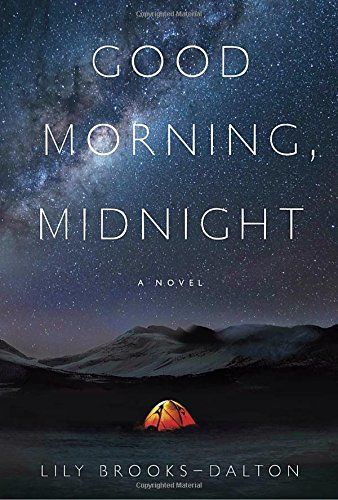 “Grant and I couldn’t be more excited to be involved with this incredible project,” said Clooney in a statement. “Mark is a writer we’ve long admired and his script is haunting. We’re thrilled to be working with our friends at Netflix as well.”

"At its core, this is a story about human nature, and one that I know our global audiences will fall in love with, just like I did when I read it,” added Scott Stuber, head of Netflix’s film division.

Production kicks off for the movie this October.

With Toy Story 4 now playing in theaters, an eagle-eyed fan has picked up on an easter egg that alluded to the film in last summer's Incredibles 2.

If you look closely at the contents of Jack-Jack's playpen around the 1-hour, 4-minute mark, you'll see a Duke Caboom figure (voiced by Keanu Reeves in the fourth Toy Story film) lying right next to the baby's lettered blocks.

This is nothing new for Pixar, which has been hiding clues to its other projects for years. For example, you can spot a toy version of Nemo in Boo's room while watching Monsters, Inc. (2001) and catch a glimpse of Lotso Huggin' Bear in a child's room in Up (2009).

Once one of the hottest toys in Canada, Duke Caboom is an Evel Knievel-esque action figure who was abandoned by his owner when it turned out that the commercials lied about Duke being able to jump great distances. After such a traumatic experience, Caboom ends up with serious confidence issues.

Toy Story 4 has its own reference to Up with a painted portrait (inspired by the famous one created by Cassius Marcellus Coolidge) of Charles F. Muntz (Christopher Plummer) playing poker with his pack of talking dogs. The painting can be spotted in the antique shop where Gabby Gabby (Christina Hendricks) holds Forky (Tony Hale) hostage.

To be honest, though, TOY STORY 4 has an even better easter egg...you can spot this in the antique shop: pic.twitter.com/SA5DCjyiDR

Toy Story 4 took the top spot at the domestic and international box offices this past weekend, with $118 million and $120 million, respectively, for a global debut of $238 million. Domestically, the movie nabbed the fourth-biggest opening for any animated movie in history, after Incredibles 2 ($182 million), Finding Dory ($135 million), and Shrek the Third ($121 million).

Directed by Jeff Tomsic (Tag), the action-comedy will focus on "a super spy in the vein of Jason Bourne and Ethan Hunt, who gets in a jam on an impossible mission and can only rely on the help of his moronic college friends who happen to be with him to work it out," per Deadline.

With Chuck under Levi's belt, this seems like the perfect vehicle for the actor.

The project's script was penned by Rampage's Adam Sztykiel.