We're all in the same boat right now — stuck at home, doing our best to help flatten the curve, and maybe a little sick of looking at screens. Have no fear, SYFY FANGRRLS is here with our monthly romance recommendations, where your resident romance readers (that's us) list some of the books we're looking forward to, as well as the slightly older, occasionally non-genre titles that we're finally reading.

We've got eight sci-fi, fantasy, and genre-adjacent romance recs on our radar that are being released throughout the month of April, plus our own evergreen recommendations, but this is certainly not an exhaustive list by any means. Let us know what you're planning on reading in the comments below.

Oh, and if you're new to our rec roundups, we're always on the lookout for authors with SFF romance titles to spotlight, so if you're a writer with a book coming out, let us know! You can also chat us up anytime on Twitter, either individually or via SYFY FANGRRLS using the hashtag #FangrrlsRomance. (And don't forget to check out last month's releases in case you're looking to add some slightly older titles to your never-ending to-read pile!) 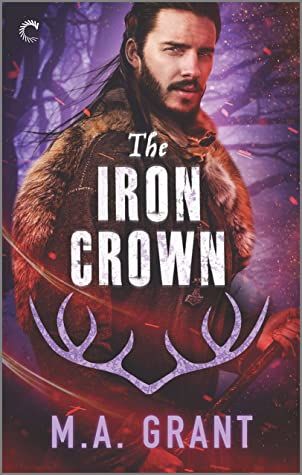 Sometimes, it's easier to find escapism in worlds that aren't our own — and Grant's third installment in the Darkest Court series provides exactly that. After the last Faerie Civil War, the leaders of the magickal pantheon stripped the Seelie Court of its power and turned over control of the world to the dark Unseelie Fae. Ages later, a new civil war looms while Queen Mab's youngest son, Lugh, and his best friend, Keiran, travel on quests throughout the dangerous Wylds. They've loved each other for centuries as friends and brothers-in-arms, always ignoring the possibility for something more, but with their shared survival of the utmost importance, it might ignite something greater between them in the end.

Are YA vampires back? It's a journey we're intrigued to take with Wolff's Crave, the first of a planned trilogy. Grace doesn't know what to expect when she steps inside Katmere Academy in Alaska; she's a mortal, but she hasn't decided which of the warring factions she's going to belong to, and the only thing that unites them all is their hatred of her. Then there's Jaxon Vega, a vampire with deadly secrets who hasn't felt anything for a hundred years. You probably know where this is going. 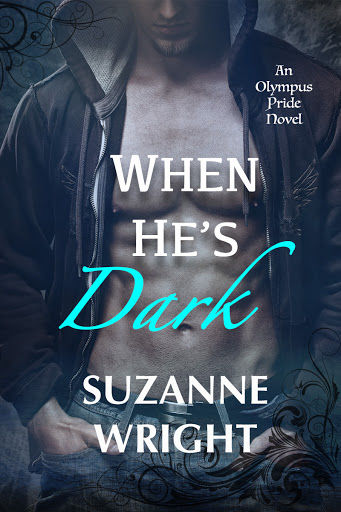 Cat shifter Bree Dwyer isn't afraid of all that much — except the person who was put on the Earth just for her. True mates aren't supposed to be the kind of person she could never love, which is why she's relieved when she hears the rumors that hers is dead. So she's moving on with her life — or she's trying, but the one man she really wants the most is her mate's cousin, Alex Devereaux... who also just so happens to be her boss. But someone's out there playing mind games with Bree, and the more they scare her, the more she starts to think that maybe the culprit isn't so dead after all.

It can be hard to choose just one romance, so why not pick up a book that delivers a collection of four? Ryan returns to her Dante's Circle series with four never-before-published stories. If you've been eager for characters like Liam and Alec to finally get their HEA, if you want to get to know and love some new faces, if you want stories that introduce the potential for new paranormal beings and realms to visit, definitely check this one out. 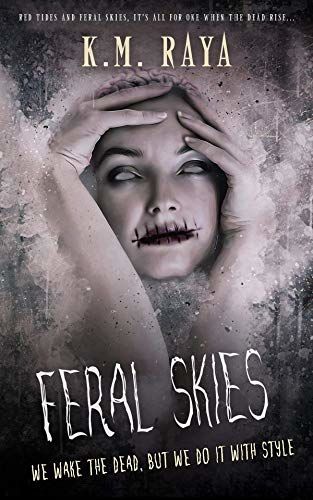 Zombie apocalypse romances are few and far between, which is why we're pretty intrigued about this new one from K.M. Raya. Tense, life-or-death situations? A heroine and a group of ragtag heroes? (We're admittedly not huge fans of the "reverse harem" as a term in romance, but it is a handy solution to the tired "love triangle" trope, no?) Of course, sparks will fly when there's a rescue from a burning warehouse full of the walking dead, and we suspect some danger banging will ensue. 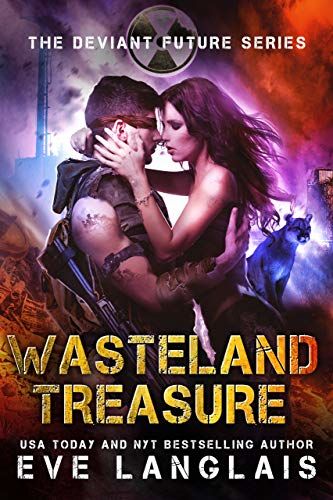 New Earth isn't a habitable place, so Gunner isn't all that surprised when a windstorm leaves him blinded and in an unfamiliar setting — but he's not alone. Sofia's been banished, but she enjoys the freedom that comes from living from day to day on her own power. When a handsome stranger shows up needing help, she agrees — but only if he gives her the thing she's always wanted: a child. But there are dangers around them, and those threats might keep Gunner from making good on his word, not to mention allow their tentative alliance to blossom into something more. 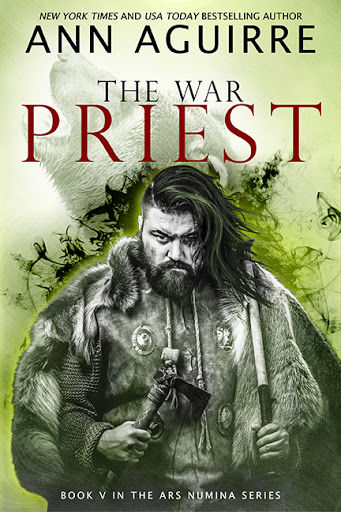 We're huge fans of Ann Aguirre across the board, but this month brings with it the fifth in her planned six-book Ars Numina series, about a sexy, dour bear shifter monk and a bright and cheerful cat shifter. Basically, it's "the grumpy one falls for the sunshine one" in a book and it's the one we need so much right now. Personal tragedy drove Callum McRae to join the Order of Saint Casimir 15 years ago, and now he's in charge of a hold he hasn't lived in for ages. But he's also battling an attraction to the charming Joss Bristow, who never imagined she'd fall for him, too. 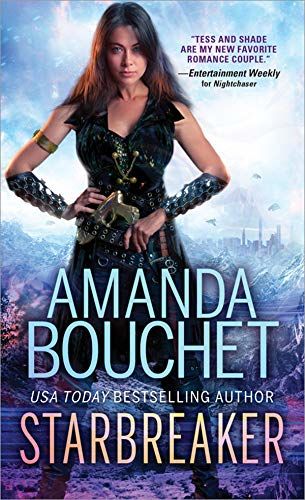 The highly-anticipated sequel to Bouchet's Nightchaser follows the continuing adventures of Captain Tess Bailey and Shade Ganavan. They're still the galaxy's Most Wanted, but with revolution in the air and the universe on the brink of catastrophe, the situation is critical. They've been given a delicate mission: break into Starbase 12 and free renowned scientist Reena Ahern. It sounds almost impossible — but pulling off the impossible is what these two do best, if they can trust each other enough to get it done. 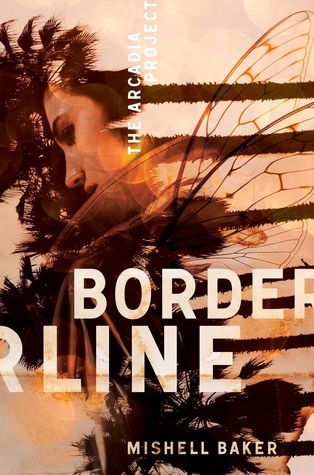 Are you looking for a new urban fantasy series that feels as off-kilter and surreal as our current world, only with way more fairies and celebrities?! I've recently fallen under the spell of Mishell Baker's The Arcadia Project, which begins with Borderline. The story follows a former filmmaker who finds herself embroiled in a secret society of sorts that polices the border between our world and that of the fae. It just so happens that basically every major Hollywood talent is either a member of the Seelie Court or one of their human pets, and who better to tackle such a world than a sullen former director with zero people skills? Baker has created such a fascinating world, but what makes the series stand out is its highly refreshing and often deeply abrasive protagonist — a woman living with both physical and mental health issues, both of which are portrayed with depth and humanity. It's always a joy to stumble across a book that feels like it was written just for you but I'm sure others will enjoy this series as much as I do! 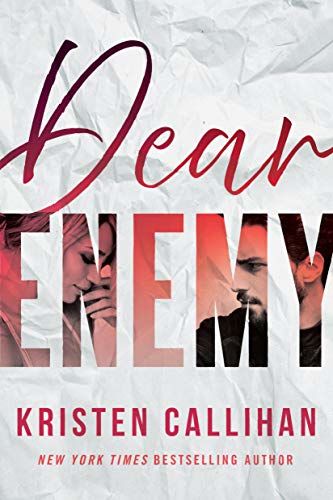 WELP, I did say I was going to make a point to whittle down my TBR, and apparently I've been given the opportunity to do exactly that with all this necessary stay-at-home time. There are a lot of releases this month that I'd be remiss in not mentioning — do yourself a favor and pick up Andie J. Christopher's Not That Kind of Guy, as well as Victoria Helen Stone's Problem Child (not a romance, but a fantastic thriller and a sequel to her equally fabulous Jane Doe). I've also acquired Kristen Callihan's Dear Enemy, which promises the kind of slow-burn enemies-to-lovers I'm looking for. I've only read her Darkest London historicals, so I'm eager to try a contemporary that I've heard so many good things about already.