What's not to love about podcasts? They're as varied as they are multitudinous, and their bounty is just another aspect of the fun of being into podcasts. What's probably even cooler about podcasts is that you can learn information you couldn't learn anywhere else, in part because of the number of independent shows being produced.

I personally adore listening to an episode and picking up on something a host or guest says that would likely be omitted from a print article or interview because it's tangential. The podcast form embraces a certain degree of meandering (depending on the podcast in question). I've listened to episodes about TV shows I've seen half a dozen times and heard someone analyze it in an entirely new way in a throwaway sentence that is so powerful it completely changes how I see the series—and everything else I write about.

As a podcaster myself, I think of podcasts as whetstones, sharpening my ability to express my ideas and insights as I react to the hosts' own ideas and insights. On our podcast, Bitches on Comics, co-host and FANGRRL Sara Century and I will often talk about an idea in a spiraling manner, wandering out into tangential topics that relate and then weaving them back to the topic at hand. (Again, a benefit of the form is its malleability in terms of structure.) In so doing, podcasts like ours invite listeners to think about how concepts, societal structures, and systems in general function and how things relate to one another.

If you couldn't tell, here at SYFY FANGRRLS, we love podcasts. We love nerding out about them and we love hosting our own. Might I interest you in our delightful podcast Strong Female Characters, where we talk all things genre from a feminist perspective? Or what about Forgotten Women of Genre, our podcast about women in genre and science who have been omitted from mainstream history? But don't worry! We're not just here to promote our own pods — we've also gathered five of our favorite podcasts that cover science fiction and fantasy concepts, properties, and hot goss.

Credit: The Good. The Bad. The Basic.

The Good. The Bad. The Basic.

Hosted by TV buffs Alex and Em, The Good. The Bad. The Basic. is the ideal podcast for anyone who wants to revisit your favorite TV shows with two Black millennials as your guides. As the name suggests, each episode explores what made the series at hand good, bad, and basic (aka a wee bit problematic). But don't worry, these two aren't here just to point out what could have been better — they love the right kind of basic. They cover a variety of series on their pod and the most recent season is focused on properties that explore the supernatural, from Charmed to Marvel's Runaways.

Where to start: Episode 1 — "Buffy the Vampire Slayer, Part I."

Credit: But Why Tho?

Every week But Why Tho? hosts Kate, Adrian, and Matt discuss pop culture, examining ideas and properties that matter to geeks and asking the question: But why tho? Founded when creator Kate was in a Ph.D. program, the show uses in a deep dive format that brings in academic elements to explore why geek and pop culture matter. These three friends share behind the scene stories, the history of the development of, and the best moments from their favorite geek TV, film, video games, anime, manga, comics, and more — from the Fast and the Furious franchise to The Legend of Zelda.

Where to start: Episode 94 — "Futurama Matters…But Why Tho?" 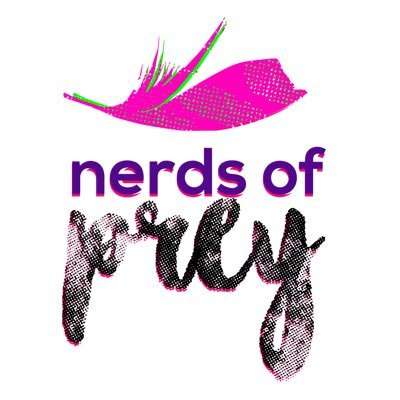 Hosted by Shannon, Cameron, Lauren, and Mel, Nerds of Prey is a biweekly podcast that both has an incredible name and is all-around incredible. The four hosts come from a variety of professional backgrounds and have the kind of rapport that will make you feel like you are part of the conversation while they discuss their frustrations with TV, film, comics, and games that should have done better by their female characters. They frequently have guests on the pod from Lewis Tan to our very own FANGRRL Stephanie Williams. While they've been on hiatus for a bit, new episodes are coming soon, so go ahead and binge everything else they've recorded so far. 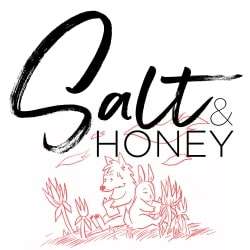 BFFs and full-time cartoonists Sloane and Leslie use the Salt & Honey podcast to explore what they love and hate about comics, film, and TV — both mainstream and more obscure. Many of their episodes explore specific comics, film and TV titles from the Battle Angel Alita manga to Alien, or are unique and insightful interviews with the likes of Emily Carroll. Every now and then, and more recently, they also discuss craft topics in writing fiction, which has been some of my favorite content from this insightful podcast.

Where to start: Episode 80 — "Canceling"

Hosted by Elana Levin, Graphic Policy Radio is all about the intersection of pop culture and social change. Elana and her numerous guests including SFSX's Tina Horn discuss all our favorite properties. You've never seen pop culture including The Venture Bros., Steven Universe, Legion, Deadpool 2, and much more analyzed quite like this before. No matter the topic, genre, or form, Graphic Policy Radio always returns to interrogating how politics and social justice influence and are represented in these works.

It's a fan thing
Join SYFY Insider to get access to exclusive videos and interviews, breaking news, sweepstakes, and more!
Sign Up for Free
All Posts About
Fangrrls
Get Rec'd
Podcasts
lists
Related Stories