Important Toy News: Funko brings back the '90s and meet the coolest Batman Beyond toy ever

Welcome back to Important Toy News, the SYFY WIRE column that shows you a week's worth of amazing new action figures and collectibles so tasty, you’ll forget that you have to wait 3 to 6 months to get many of these majestic bits of glory. Truthfully, you might even preorder some of them today, forget you did it, and get a nice little random package in the mail one day.

Christmas doesn’t have to wait anymore because this upcoming week is… say it with me... London Toy Fair 2020!

The industry trade show takes place next week, and so far, the only toy company smashing through the gate is Funko. And seriously, I think Funko has figured out how to time travel. Pop!s are like the Quantum Leap and Sliders of the toy world.

Feeling radical yet? You should be — because Funko’s pre-Toy Fair announcements are the most '90s thing that’s ever happened to my sensibilities (since the '90s, obviously). I’m not even fully sure where to begin, but since Dinosaur's Baby Sinclair is staring at me with his beady little Funko eyes instead of his big purple eyes, I guess we can start with that.

Included in its huge announcement of new vinyl toys, Funko has included Dinosaurs, the '90s sitcom that probably had arguably the most bummer ending of any TV show ever. Also rocking '90s face are new Pop! toys from Disney’s Gummi Bears, which ran from 1985-1991 and therefore will count as a property that was present in the '90s. We have figures for all of the girls from The Craft. And we also have Batman & Robin's Poison Ivy, played by Uma Thurman, as well as glow in the dark Gambit from the X-Men cartoon, and more!

You can see the entire (and newly announced) Funko collection and preorder them here.

All right, you might be sick of hearing about Funko Pop!s after that rambling monologue, but I have two more for you that are nothing short of delightful. Every once in awhile, Funko goes outside the realm of the 3.75 inch Pop! toys and taps into something really fun. Anyone who knows the Funko Pop! Ride toys know what I mean — you can get Batman and the Batmobile, Speed Racer and the Mach Five, Jon Snow riding a dragon… choices are endless!

But now, Funko has a new gimmick called Pop! Town. And today we are checking out The Empire Strikes Back 40th Anniversary — Yoda's Hut. It costs $29.99, will ship 2nd quarter 2020 and can be preordered today. You get his little house! Like what’s next, the entire Dagobah system?! So cute!

Okay, let’s move away from this cute nonsense and onto some badass, hardcore collectibles! And for me, nothing is more extreme (or '90s, actually) than Mortal Kombat! Readers of Important Toy News know how much I adore Mortal Kombat and therefore, this new Raiden action figure from Storm Collectibles just blows me away. Its figures are perfectly scaled (seven inches of warrior), beautifully articulated, and the paint and sculpt are always breathtaking. Raiden costs $69.99, will ship May 2020, and can be preordered today.

Standing over 12 inches tall, the Iron Giant features over 35 points of articulation, and a lot of interchangeable hands, heads, and accessories! It’s beautiful. It’s perfect. It’s amazing. And you can preorder it today for $199.99 – it will ship September 2020. I'm really excited to see what other robots Mondo adds to its new Mondo Mecha line!

Now, how this figure differs from Mondo's preexisting Iron Giant seems to be a little bit of a mystery. But at least this one's price tag is $100 less than its predecessor!

Speaking of things that are big and strong, Mezco Toyz is showing off a new Conan the Barbarian figure in its One:12 Collective! Per Mezco: "The fearsome warrior is outfitted in an interchangeable loincloth and includes a removable crossbody battle axe harness, removable cape that drapes freely, belt that can hold his sword sheaths and dagger, and mid-calf boots."

He costs $90 and can be preordered today from Mezco Toyz. 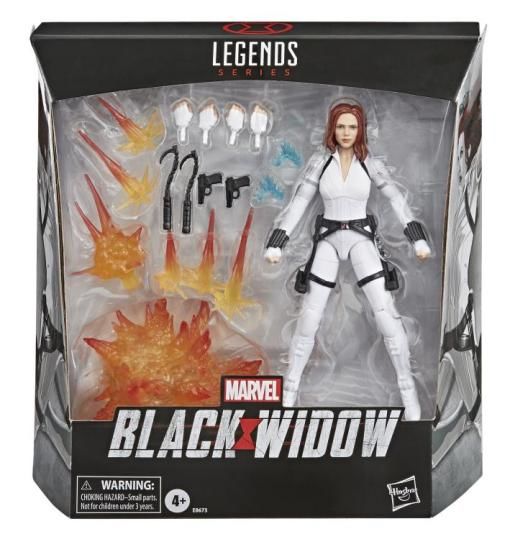 We're nearing the end, my toy loving friends, but it wouldn’t be Important Toy News without some, you know it, Superhero Toys! And this week in Superhero Toys, Hasbro is showing off a new Deluxe Black Widow. She stands 6 inches tall, in typical Marvel Legends, form and comes with lots of accessories.

She will ship in April 2020 and costs $29.99, which is about $10 more than the average ML figure. Then again, this is deluxe. Black Widow comes with two pairs of alternate hands, two pistols, two climbing hooks, seven flake effects, two electric effects, and a figure stand.

And to wrap it up premium style, let’s look at a new Hot Toys figure this week!

From the critically acclaimed Batman: Arkham Knight video game, Hot Toys is thrilled to unveil the stylish Batman Beyond suit which has taken inspiration from the great animation series. It costs $280, can be preordered today, and will ship Q4 2020.

Translation: That is one freakin' cool toy.