Welcome back to Important Toy News, the SYFY WIRE column that takes you on a magical adventure through the alluring land of toy collecting. Join me as I show you the most stellar, awesome, and breathtaking toys of the week at a rate so unbelievably fast, you don't know whether your spirit or your wallet will break first. But spoiler, this week it will be your wallet. Because that spirit is strong. Big and strong. You know… He-Man strong.

Okay, okay, that wasn't a subtle transition, but never mind all that. Let's take a look at some Masters of the Universe toys. 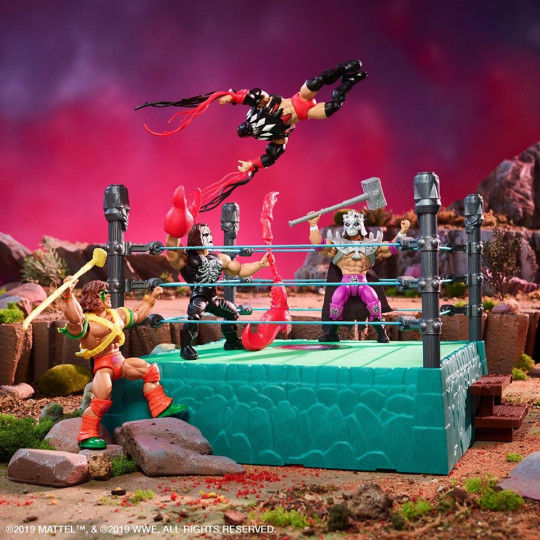 This past weekend was Power-Con, an amazing annual He-Man and She-Ra fan convention in Southern California. While the new Masters of the Universe Netflix cartoon with Kevin Smith as showrunner had already been announced, Mattel still had some news. Not too long after the San Diego Comic-Con toy reveals, the company announced that it was reviving the vintage style toy line and calling it "He-Man Origins."

So now, Mattel is taking that same He-Man Origins body style and doing a fun mashup with their WWE line. Some call it WWEternia, which we're going to do today as well because it's funny. The first wave of toys Mattel teased were John Cena, HHH, Ultimate Warrior, Sting, Finn Balor, Big E "Big-E-faces," Rey Mysterio, Macho Man At Arms, and a WWEternia Ring. These are due out this holiday season!

Next up in He-Man toy reveals was a super awesome looking Battle Cat toy! He's just like She-Ra's "trusty steed" except a billion percent cooler. Man, between He-Man's Wind Raider, Battle Ram, Stridor… the options of "best way to appear in a fight" are nearly endless. But for the sake of all the power and the glory, we're going to, as Ronnie James Dio once said… Ride the Ty-gah and giddy-up upon the Battle Cat. Purists may be upset that Battle Cat isn't flocked, but I think the plastic mold detailing looks really great. Battle Cat has a 2020 release date. 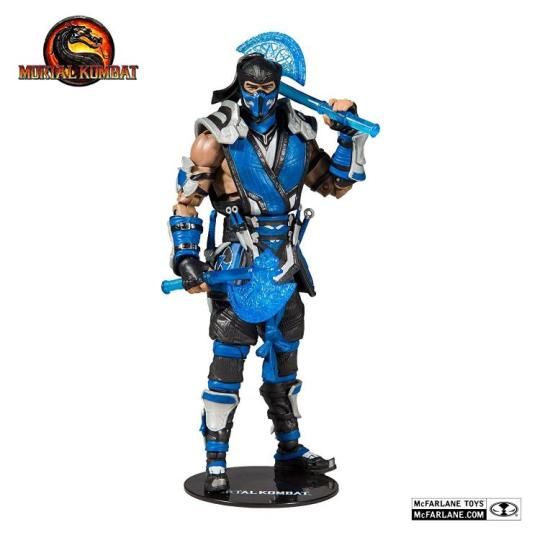 The next bit of important toy news comes from the video game world, specifically Mortal Kombat! McFarlane Toys is making a line of Mortal Kombat figures, and while they aren't attracting quite as much buzz as McFarlane's DC line, the newly revealed Sub-Zero and Scorpion toys are worth a look. These are just 3D mock-ups, and not the actual toys, but they look good.

In the past I've joked that McFarlane can't mess these up because, the figures have their faces covered, and I wasn't wrong! I like this new Sub-Zero! He has an MSRP of $19.99 and can be ordered from BigBadToyStore today. He ships in September, so finish him!

This week, we have three brand new Batman reveals, and we are going to start with something really stellar from one of my favorite brands, NECA Toys. For the first of their New York Comic Con exclusives reveal, NECA is packing Batman together with a Joker-style Alien. Like an Alien cosplaying the Joker. It's amazing. Truthfully, it's inspired by the DC/Darkhorse crossover comics from the late '90s, but still, it's such a great nod.

Hiya Toys crushes it with their 4-inch action figures. And their new Batman figure is no exception. They have an MSRP of $19.99 and continuously blow me away by the level of detail in their pieces. I've seen them in person and seriously, if you're not a collector of this brand, it's something to consider. You can check out their full line of new DC and Darkhorse figures here and buy them directly from the source. 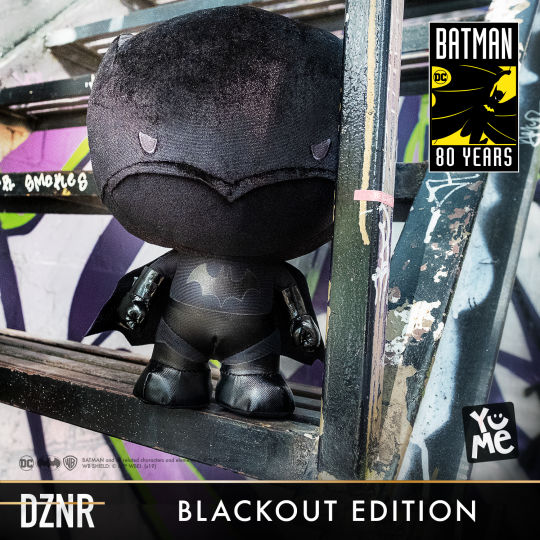 And lastly, new from YuMe Toys is a chibi Batman plush that celebrates 80 years of the Dark Knight by taking the black. Literally, it's a blackout Batman plush. YuMe has gotten really creative with the different designs on their DSNR series. You can snag Blackout Batman for $14.99 at Walmart.

Check out this RoboCop piece from Super7. The RoboCop ReAction figure stands 3.75 inches tall, features 5 points of articulation, and is packed on a retro-style blister card. The Robocop ReAction figure line costs $14.99 each and can be preordered today from BigBadToyStore.

Wanna get excellent? Then we have two special '80s idiot buddies to talk about. Bill and Ted are two high school buddies who dream of becoming international rock stars, and they famously travel through time in the amazingly audacious comedy Bill & Ted's Excellent Adventure.

With an MSRP of $389.99 from Toy Origin, these Bill and Ted action figures are not only incredibly detailed, but they are big. Seriously, they are nearly a foot tall each. They also come with a whole mess of accessories. You are definitely getting your money's worth at this premium price. But, you live your best toy collecting life. And remember, be excellent to each other.

We've reached the end, my toy collecting friends, and we're wrapping with some premium Important Toy News. That is, a premium toy, and few do it as well as Hot Toys does. Let's take a look at a Princess Leia and Wicket two-pack, available for preorder now for $399.99 from Toy Origin. The highly-accurate Princess Leia collectible figure is specially crafted based on the appearance of Leia Organa in Star Wars: Return of the Jedi. It features a stunning head sculpt with astonishing likeness and new hair sculpture, Leia's Endor outfit, a camouflage pattern poncho, helmet, blaster, watch, diorama accessories and an Endor themed figure base.

The Wicket collectible figure is finely crafted based on the appearance of Wicket featuring a highly detailed face sculpture, newly developed multiple layers of fabric hair with various shades of white and brown throughout the whole body capturing Ewok's unique appearance. Wicket also features a spear, drumsticks, a variety of hands, diorama accessory and an Endor themed figure base. And in the words of Star Wars fans everywhere: That's what fans have been waiting for, right? A Wicket action figure. Right? Right!?