Welcome back to Important Toy News, the SYFY WIRE column that shows you a week's worth of amazing new playthings, collectibles, shelf candy, and tokens of joy. And today we’re kicking off 2020 with a flash and a bang and a pow and a BUY TOYS NOW!

What, you haven’t recovered from Christmas yet? But Christmas was so last year!

Join me, your resident toy journalist, as we start our geeky toy-hunting journey by showing everyone this week's hotness in toy collecting. Therefore, we have to start the decade off with some super-awesome, super-hyped superhero toys!

She needs premium, dude, premium! Thus, we will begin our toy-collecting journey for the week by showing off two new incredible figures from premium toy manufacturer Hot Toys. First up is a beautiful new re-sculpting of Captain America as depicted in Marvel's Avengers: Endgame. More specifically, when he has to fight his 2012 self. (Really specific, right?)

To mark the beginning of 2020, Hot Toys is excited to introduce today the 1/6th-scale collectible figure of Captain America, late of the Marvel Cinematic Universe. This newly debuted 2012 Version highlights his hero suit back in 2012 for fans to recreate the impressive scene with Captain vs. Captain in Avengers: Endgame!

According to Hot Toys, "the figure features a newly developed helmeted head sculpt and an un-helmeted head sculpt, a muscular body with enhanced articulation portraying Captain America's toned body, a finely tailored outfit with star emblem on the chest, the star-spangled shield, Loki's scepter with carrying case and a movie-themed figure stand." 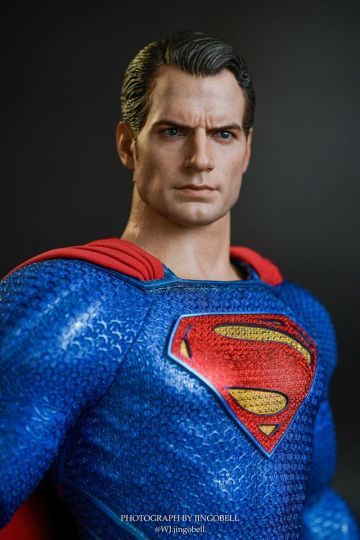 Moving on to another all-American hero on the other side of the playground, Hot Toys is showing off its 1/6-scale Justice League-inspired Superman figure.

Crafted based on Henry Cavill's appearance in the movie with delicate craftsmanship, the figure features a newly developed LED light-up head sculpt that accentuates Superman’s unique heat vision ability and an interchangeable newly painted head sculpt. It also has a newly developed muscular body, a finely tailored costume with metallic Superman icon on the chest, and a specially designed figure stand.

After Mattel lost the DC toy license in 2018, it was announced first that Spin Master would take over making DC figures.

Now, Spin Master makes figures for the children’s market, but that doesn't mean the pieces can’t be cool. It also means that they're actually affordable! And right now on Entertainment Earth, you can pick up Spin Master’s first wave of DC figures. They are due out this month, and the wave includes six different characters out of Batman's world, plus two chase figures.

There are Batman Rebirth, Batman Tactical, Robin, The Joker, Nightwing, and Man-Bat — with detachable wings. There are also two different chase figures you might score. One is the golden Batman Defender, and the other is a special metallic Robin!

Next up are the goodies that everyone has been waiting to see. Shortly after Spin Master announced its acquisition of the DC license, McFarlane Toys announced that they had it, too. Fans and collectors eagerly held their breath for a peek, and it looks like that day has finally come.

Included in the wave are Batman (traditional style), Batman (animated series versions), Batman (Detective Comics version), Superman (Unchained Armor), Superman (traditional style), Hellbat Armor Batman, and the Green Arrow. Each of the figures will come with a collectors' card. In typical McFarlane tradition, these figures will likely be 6 inches tall and cost about $20. There is still no preordering information available.

And what's a Superhero Toy without getting a glimpse at a cool Japanese version of it, right? Based on The Bat’s appearance from DC Comics’ The Dark Knight Returns: Triumphant series, this incredibly detailed figure of Batman stands about 6 inches tall.

Medicom's The Dark Knight features multiple battle wounds and weathering, with two interchangeable heads, a removable cowl, and a fabric cape with wired edges for easy posing. His weapons include four batarangs, interchangeable hands, and a figure stand. He costs $95, can be preordered today, and will ship September 2020. 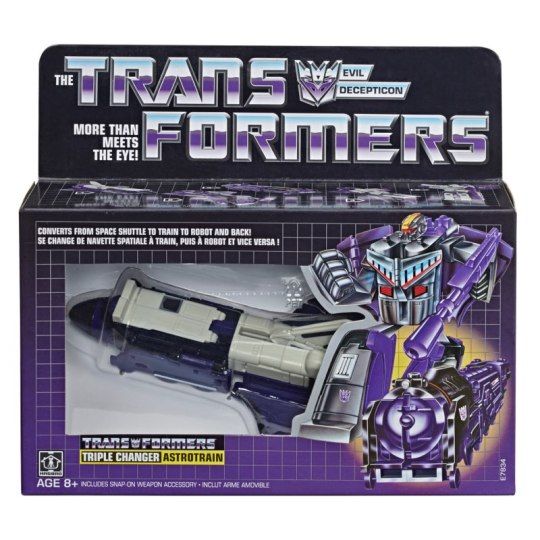 Let's have some Pop Culture toys, shall we?

Beginning to show up in Walmart stores on the East Coast is the latest G1 Transformers Reissue. It's Astrotrain, a chunky fun Decepticon rocket/train that makes us all go "Sure, why the hell not?"

I'm honestly surprised that this one is showing up in stores already. And even saying this as a toy journalist is odd (because I usually know all the know about new toys), but does anyone else feel like this one just slipped under the radar? There was so much hype about the Soundwave, and let me tell you as someone who bought two of them that it was well deserved.

If I see this one on shelves, I will consider it. But personally, I didn’t even buy the Optimus Prime reissue until it was in the $30 range. I couldn't justify $50 for that one, and I’m not sure I can for Astrotrain either. But we'll see how I feel once it is in front of my face.

We've reached the end, my toy-loving friends, but it wouldn’t be Important Toy News without ... you guessed it ... more Mandalorian toys!

Hold up, wait a minute, slow down there, girlfriend — these six brand-new Mandalorian Pop figures will be here in February and we still have to wait until May to get the Baby Yoda Pop figures? Bogus — let's wait patiently and hope that the rest of 2020 isn't so uptight! Cheers to toy collecting in the new decade!