The artist's work appeared over such pencilers as Jack Kirby and included books like The Fantastic Four, Captain America, and Amazing Spider-Man over his incredible 69-year career. He was the Inkwells' first Hall of Fame inductee and a favorite of Stan Lee, who wrote that "If he's got any flaws, as an artist or a human being, he's managed to keep them hidden from me."

Confirmed on Sinnott's Facebook page by his family, the artist died "peacefully with the knowledge that his family, friends, and fans adored him:"

It with great sorrow that we must announce the passing of Joltin’ Joe Sinnott on June 25th at 8:40am at the age of 93....

"It is with great sorrow that we must announce the passing of Joltin’ Joe Sinnott on June 25th at 8:40am at the age of 93," the tribute reads. "He enjoyed life and was drawing up until the end. He always loved hearing from all of you and having your comments read to him. Each and every one of you were special to him."

The message also thanks fans for being so "loyal and dedicated" to the longtime comics staple. "He considered all fans friends, and seeing you at cons and reading your messages was what kept him young at heart," it concludes.

Sinnott kicked off his comic career in 1950, moving over to Lee's Atlas Comics until eventually being part of the creations of characters like Thor, Doctor Doom, Galactus, Silver Surfer, Black Panther, the Inhumans, Adam Warlock, and many more. His art even appeared on official U.S. postage: 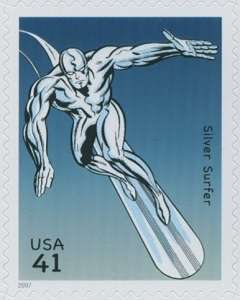 He eventually retired in March 2019. While the Sinnotts request privacy during this time, those looking to express their condolences can write to the address included in the post.

It's a fan thing
Join SYFY Insider to get access to exclusive videos and interviews, breaking news, sweepstakes, and more!
Sign Up for Free
All Posts About
Comics
News
Joe Sinnott
marvel comics
obituary
Related Stories