Nerdy Jobs: The easiest way to hunt down rare comics

Like many comic book fans, once Nick Coglianese started collecting, he was hooked. As he hunted down first appearances and major key issues, he became addicted to that particular moment when the eyes recognize something special but it takes the brain a split second to believe it. A superhero fan since he saw Tim Burton's Batman on the big screen, Coglianese recently entered the industry in his own way, helping comic book fans track and find the most collectible comic books with his app Key Collector.

With Key Collector, Coglianese has made it that much easier to find and track key issues. For instance, last month Key Collector has curated a list of optioned independent comics, listed the first appearances of every version of Iron Man's armor and put together a list of the most collectible issues that may play a part in Captain Marvel. With Key Collector, Coglianese put in hundreds of hours of research to create an app focused exclusively on "keys" — first appearances, origins, classic storylines, iconic covers, rare and recalled issues, low print run and a number of other factors that can contribute to a comic book demanding value over another.

Launched at the New York Comic Con in 2017, Coglianese's Key Collector app has reached the 75,000 download mark, received praise from people like Neal Adams and Alex Ross, and is expected to exceed 1,000 paid subscribers next month. In conjunction with the app, Coglianese launched a YouTube channel and a website where he blogs about comic book speculation and collecting. While the app, site and YouTube channel are free, Coglianese's subscription service offers perks like notifications about green-lit TV and movie properties, specialized lists and more.

Like many kids of his generation, Coglianese's world changed when Tim Burton's Batman arrived on the big screen in 1989. Immediately after seeing the movie, Coglianese became obsessed with comic books and even tried his hand at both drawing and writing comics, but things just never panned out. As Coglianese grew up, he settled into a career for a liquor distributor, but he never lost his passion for comics.

In his distributor career, Coglianese spent countless hours on the road working in Chicago and then in Wisconsin, so to help break up the day he'd always stop at antique stores or used bookstores. Searching to find buried treasure of sorts, Coglianese became addicted to those rare heart-stopping moments when he'd be flipping through a longbox and out of nowhere: Comic book gold.

"I had lists on my phone of the key issues I needed to make sure I looked for. I feel as collectors we're curators of these fragile and finite articles of our pop-culture, superhero history," Coglianese recalls.

After amassing more than 20 longboxes full of Spider-Man, Batman, Spawn, Sandman, Lucifer and X-Men issues, Coglianese found that keeping and storing that many comic books wasn't feasible, so he sold most and just kept the keys.

Everything changed for Coglianese when he first walked into Downtown Books — Bought and Sold in Milwaukee, Wisconsin. When just minutes after entering the store he spied a copy of Uncanny X-Men #221, which marked the first appearance of Mr. Sinister, Coglianese knew he had hit pay dirt.

"After going back a couple of times I asked the owner if he had more comics," he says. "He informed me that he owns a warehouse with over 50,000 comics that haven't been looked through for a long time because he didn't know what was what. I offered to help him out, pull out the key issues and if there was something I really wanted, to give me a good deal. So that's what we did."

"I get a little obsessive," he says. "I needed to get through that project faster and did a search for a key issue database, a search that had done multiple times before but to no avail. I just thought, ‘Why don't I make it myself?' So I did."

Nick Coglianese is the creator of the Key Collector app.

When creating the app, Colgianese says he build Key Collector with the goal of making comic collecting more fun and accessible to any collector at every stage of the game, from total beginner to seasoned veteran.

"There is a lot of territorial thinking in comic collecting, that you have to earn your stripes in order to have the bevy of knowledge that allows one to identify what's valuable by rote but to me, that's just selfish thinking," Coglianese explains. "The only result that comes from that type of thinking is newer collectors getting ripped off and possibly discouraged to the point of walking away from the hobby."

Currently, the Key Collector database has surpassed 12,000 comics and continues to grow. Each week, Coglianese updates the "Keys This Week" free feature that lets collectors know what's hitting the shelves on any given Wednesday.

Coglianese says while it would be possible for him to add a comic buying feature to the app, he was dead set against selling comic books

"If collectors think that there is a reason why they are getting a key issue alert or a reason why something is appearing on the site that is in the best interest of Key Collector Comics then we lose credibility and we're nothing," he says. "That's why I made it a hard-stop at any conflict of interest in buying or selling comics. I'm like Uatu, The Watcher. I observe. I report. And I want people to know that Key Collector Comics is there as a loyal and reliable sidekick in this comic collecting adventure."

So how does a copy of Avenging Spider-Man #9 (the first time Carol Danvers adopts the moniker Captain Marvel) go from a few dollars upon release to a few hundred? It's all about the development deals. According to Coglianese, as TV and movie producers have been buying up comic IP at a breakneck rate, it has had a fiery effect on the comic book market.

"A comic book property is announced or a character cast and that premiere issue or first appearance can go from the dollar bin to being worth $20-$50 and up," he explains. "The character Rescue is a good example. Pepper Potts, Tony Stark's girlfriend, suits up in Iron Man armor in the upcoming Avengers: Endgame movie and the corresponding comic goes haywire."

With speculation driving the prices of certain comic books up astronomically, the market ballooned. The first appearance of Black Knight (Avengers #48), for example, has almost tripled in a few months alongside speculation that he may appear in the new Avengers movie. Other reasons a book may get hot include when a creator brings a character up from obscurity in a major storyline or a hidden gem is uncovered.

"It's like the pop culture stock market and comic buyers are the stock traders," he says. "It's a lot of fun and I feel it gives fans the opportunity to do something with their money that hearkens back to what they enjoyed when they were younger but now has an adult twist to it which is this buying, selling and investing." 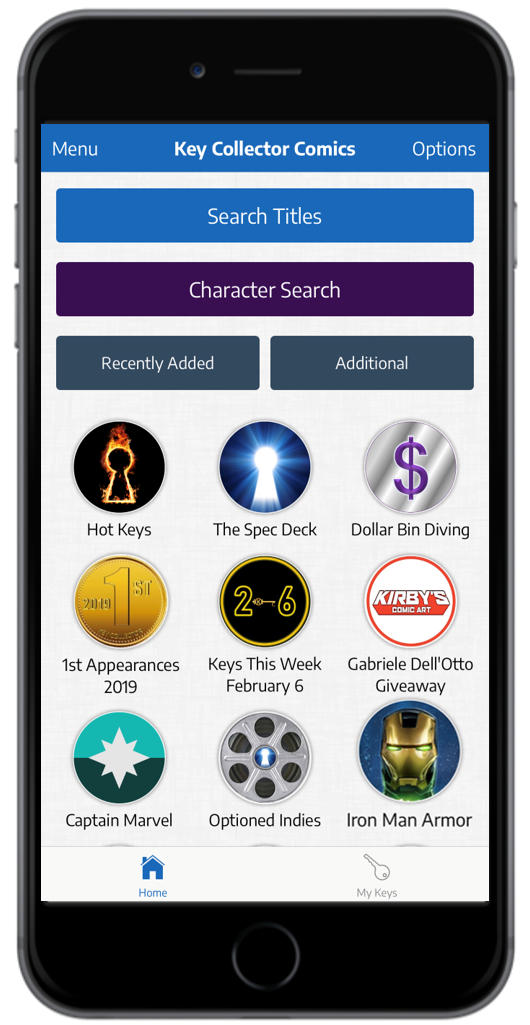 That said, Coglianese still believes comic collecting isn't all about investing or making money off of comics.

"I think it goes without saying that if collectors were purely driven by turning a profit there are plenty of other ways to gamble," he says. "People love the characters and stories and this is just added excitement to the hobby. Some enjoy having a valuable collection."

For Coglianese it's always been about the hunt, tracking down a comic and negotiating the little slice of comic history.

"There are a lot of collectors like that," he continues. "Everyone has their own relationship with comics whatever that might be and it's okay as long as they're involved and not trying to scam the less knowledgeable."